Replaceable Battery and microSD slot on Phones: how critical are they?

Samsung has just unveiled its two latest phablet masterpieces and, naturally, they are the talk of the town. But some of those voices raised aren’t as welcoming as Samsung might have hoped. Because just as we expected and equally dreaded, the Galaxy Note 5 and Galaxy S6 edge+ did lack two features: a removable battery and a microSD card slot. And just as expected, it did not sit well with the very same group of people, the “productivity users”, that Samsung is trying to win over. But how important are these two features today anyway?

Smartphones these days are packing more and more battery capacity in a single charge. But at the same time, our smartphone usage patterns still keep on draining them. There was a point in time when it was not unusual to carry an extra battery, in case you suddenly find yourself in a bind. Sure you had to temporarily turn off your device to switch batteries, but it definitely beats the alternative.

These days, however, battery or power packs are the saviors of the day. They come in various shapes and sizes, ranging from the ultra portable but short-lived to the hulking nearly immortal monsters. In a way, they make swapping batteries moot and offer the same, or even more, lifetime extension without the downtime. They also give manufacturers less incentive to make batteries removable.

That last part has an important design implication for Samsung in this particular context. It gave Samsung the freedom to adopt a metal unibody design for a more premium look, similar to what the likes of Apple, HTC, and Sony employ for their own flagships. Such a design required that the back cover be permanent. Another side effect is that it allowed Samsung to stash some delicate technology, like the MST needed for Samsung Pay, without fear of users being able to easily tamper with it.

But even if you concede that power packs practically remove the critical need to have removable batteries, this setup has one usually unmentioned problem: longevity. Batteries are not permanent nor are they invulnerable. In the worst case, they can bloat up or even explode. And they will eventually lose their charge. In the past, those cases are easily remedied by buying batteries, hopefully from authorized resellers. Today’s fixed battery smartphones, however, will require users to hand over their devices to service centers. Not exactly the fastest solution and definitely not the cheapest. Sadly, it seems that at least for flagship class smartphones, non-removable is the trend of the future.

While a non-removable battery might be forgivable at the very least, the lack of a microSD card seems to be the most offensive misfeature in Samsung’s latest high-end products. Unlike the battery situation, however, there is no distinct industry direction towards going internal storage only. Sure, Google actually advocates this setup for the sake of security but has also somewhat conceded to consumer demand. Apple, on the other hand, remains steadfast against external memory cards of any kind.

The common justification for the lack of a memory card slot in smartphones is the cloud. In an ideal world, people will mostly store their data, particularly their photos and documents, on cloud services. They will be streaming their music and videos from the cloud. They will, in short, store their lives on the cloud. There are two problems with that scenario, however, one technical and one somewhat social.

This scenario presumes a good and sometimes constant connection to the Internet. That just doesn’t happen in real life. No matter how capable your smartphone is, like the Galaxy Note 5’s Cat. 9 LTE support, networks won’t always be stable. You’ll enter dead zones. Your connection may drop. You could be in another country without a prepared roaming plan. In almost all these cases, you will eventually lose your connection to the cloud. And when that happens, you’ll be at the mercy of your available storage. You could also just simply store very critical and always needed files and media on internal storage and everything else in the cloud, but that is a juggling act that users shouldn’t be forced to do.

The second problem is that nothing on the Internet is ever really safe. Be it hackers or even governments, the odds are stacked against us. We could afford these cloud services a bit of trust but, in the final analysis, it would be foolish to totally rely on them. Security and privacy aside, there is also some practical wisdom to keeping local backups. To some extent, it might be better to adopt a behavior contrary to what cloud proponents would suggest. Only keep on the cloud what you’d actually want to be able to access on any device but always keep a local copy at hand. 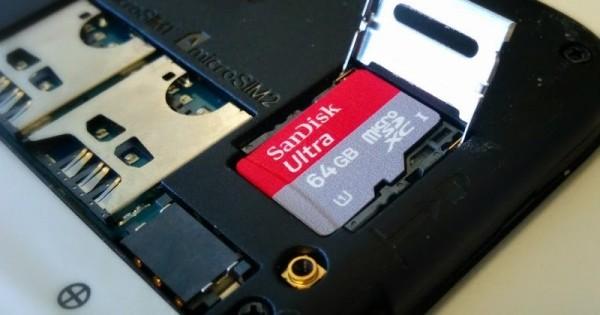 Sadly, it is somewhat in device manufacturer’s interest to push the use of cloud services to their customers. For one, it relieves them of the burden of having to squeeze in more and more storage capacity, perhaps stopping at 128 GB or even, in this case, 64 GB. It also lets them make some lucrative deals with these cloud storage providers, pre-installing and advertising the software on their devices. And we all know how Samsung loves such bloatware.

Samsung isn’t setting a new trend here. It is just following a worrying pattern among manufacturers. The growing popularity of metal-clad unibody smartphones might herald an era where mid to top tier devices all sport non-removable batteries. In fact, some even put non-removable batteries even if their back covers are replaceable. The growing number of capable battery packs aren’t helping the cause either. It might even be too late to save it. For now, there are still a few, like LG, who proudly flaunt their replaceable batteries, but they are a dwindling breed.

Perhaps more contentious is the case of the microSD card slot. There is less justification for its absence in a unibody design. And unlike a battery, it is also something that isn’t easily resolved by a battery pack (unless you get one of those cases that have built-in external storage). If internal space is a concern, Some Chinese manufacturers have found a way to squeeze in a microSD card on the same tray that houses a SIM card. In fact, some even ingeniously repurpose that for another SIM card. Hopefully, this latter will actually inspire a new trend among OEMs.

Sadly, it is too late for Samsung to backtrack on what it has, or doesn’t have, in the Galaxy Note 5 and the Galaxy S6 edge+. The continuing backlash, which started back with the Galaxy S6, could at least hopefully make it rethink its future designs. For now, it has lost the interest, and the sales, of a vocal group who find it utterly ironic that something like the Galaxy Note 5, a phablet geared for productivity, feels hardly productive. Then again, some might be willing to overlook these warts, in exchange for a classier and more capable smartphone.