LEGO’s got some sweet sets on the way, all part of a new sort of under-brand branding: Powered Up! You won’t necessarily find a “Powered Up” or “Powered Up Platform” logo on every radical new set – instead, there’ll be a mix of sorts. Every one of these sets coming later this year (and beyond) will be able to be controlled with its own unique app – or the already existing app for LEGO Boost!

The so-called “Batman App-Controlled Batmobile” will be one of a collection of devices with “Powered Up” support. This set will remain sort of independent, coming with its own customizable app controls for mobile devices (iOS and Android, we can safely assume). Not long after launch, this set will have coding support that’ll expand its abilities. 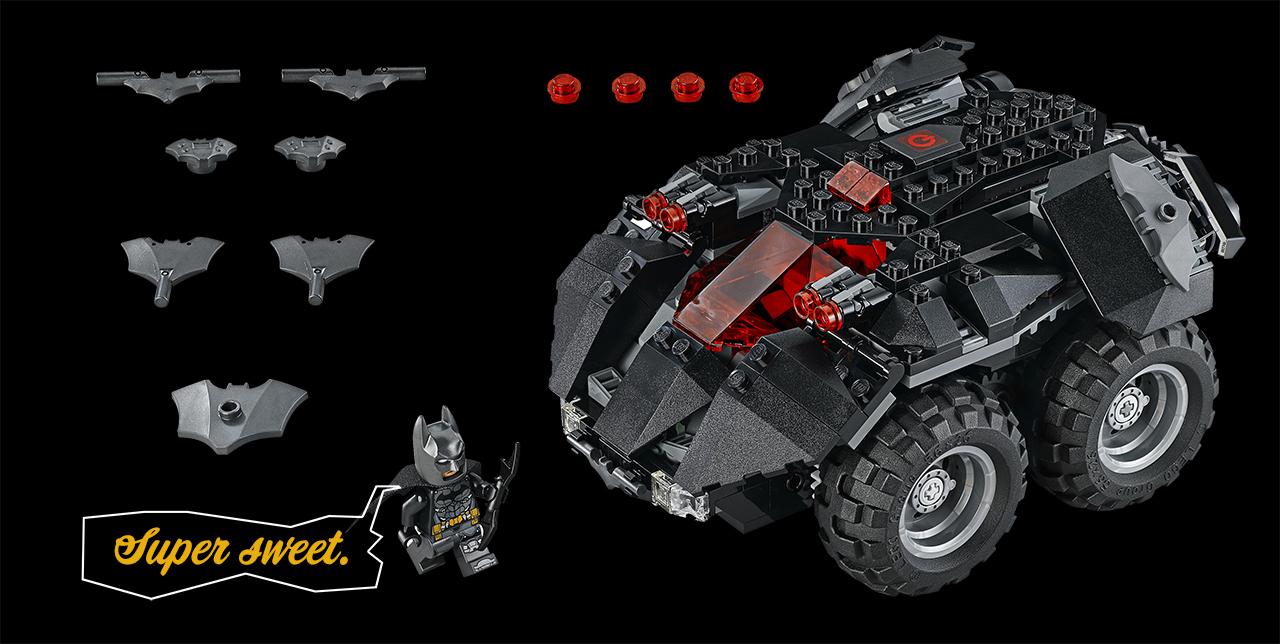 This set will come with a pre-set number of moves and sounds. In the near future (after launch), it’ll have additional sound options and added features. Kind of like this LEGO set will get software updates. 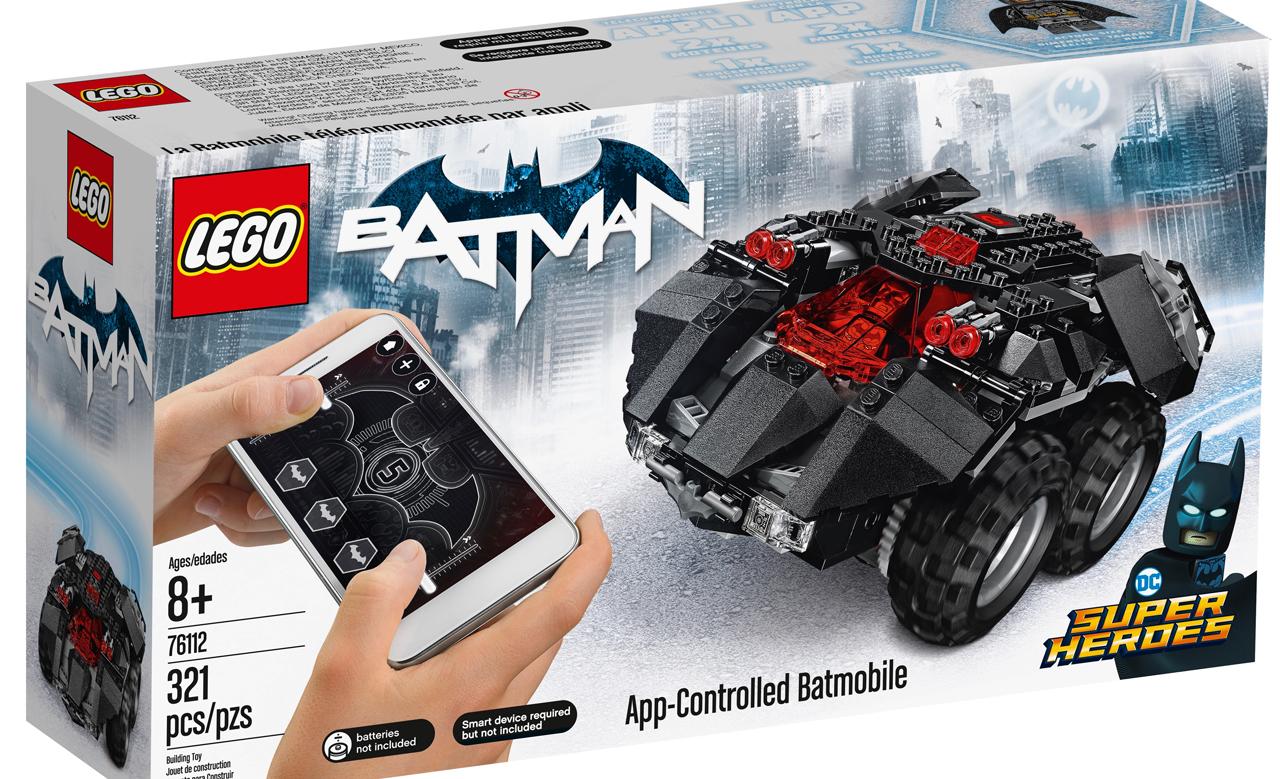 This LEGO set will carry the LEGO set number 76112 and it’ll have 321 pieces. Because it has its own remote control abilities and power parts, this set will cost a cool $100 USD at launch.

Included in the first wave of Powered Up LEGO sets will be a Ninjago dragon, an expert-level roller coaster, and an Arctic scout truck. Also in the mix over time, launches will include LEGO train sets and LEGO DUPLO sets with color-code tracks – like magic! 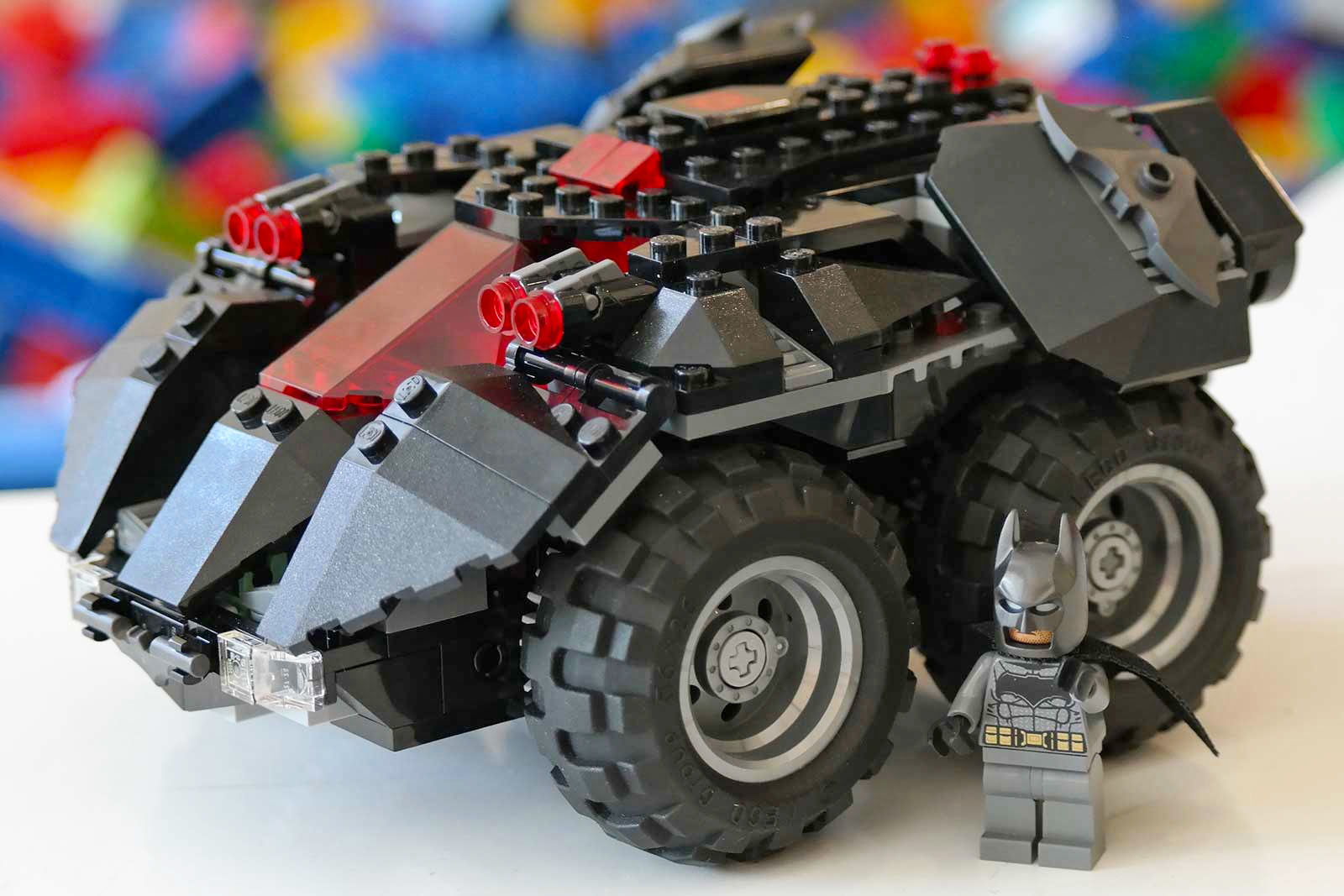 This platform officially launches on July 1st – but we’ll have to wait and see what sets it rolls out with first. Cross your fingers for a remote-controlled set of Mad Max vehicles next!