Today we’re taking another look at the Reddit Public Access Network, or RPAN, also known as R/PAN. Yesterday we took a brief look at RPAN using what details were available at the time – today we’re going a little bit more in-depth thanks to some assistance from an official Reddit company spokesperson who reached out to SlashGear to provide deeper insight. This begins with the most important piece of the puzzle: It’s not just ANYONE who can stream videos right now. The RPAN network has a few guidelines, the lot of which are still not entirely public.

The basics of RPAN’s beginning

In August of 2019, Reddit ran an RPAN “playtest” which lasted 5 days. It started at noon on Monday, August 19, and ran through August 23, from 9AM until 5PM Pacific Time. During these time slots, all Redditors can potentially view and chat on livestreams on RPAN. This system is located at Reddit RPAN and at the community subReddit r/pan. Through this subreddit/community, Reddit will “engage directly to understand pain points, answer questions, and find ways to improve the product.”

“The rollout on r/PAN demonstrates our focus on transparency and working with the community to share the end product experience,” said a Reddit spokesperson. 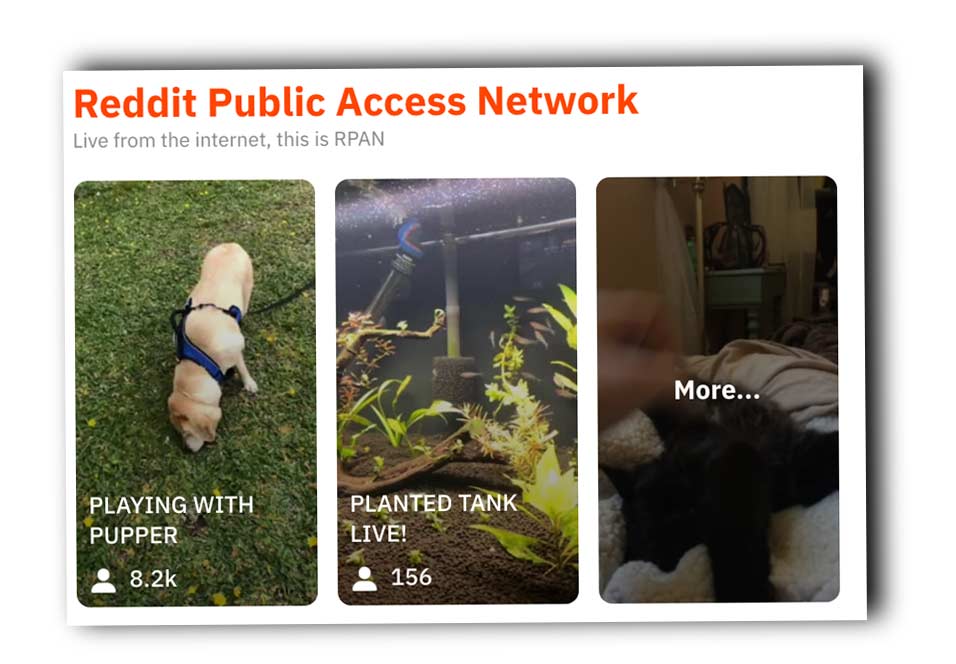 How do I broadcast video on RPAN?

Yes, there are requirements, but they are not currently 100% public at this time. “We’re being extremely judicious with the rollout of RPAN (and the subsequent streaming product), and have created a strict set of criteria that determines who is eligible to participate,” said a Reddit spokesperson.

During the initial RPAN test AND forward on into general availability for the system, Reddit will have “streaming criteria” that must be met by users in order to be eligible to broadcast to their communities.

To see if you are eligible, open the official Reddit app, find r/pan or /rpan, open the streaming video feed, and tap the Broadcast button. You may begin to broadcast immediately, or you might see the same message we saw yesterday whilst tapping this button.

OF NOTE: Yesterday we mentioned the possibility that Reddit’s network might’ve been experiencing the stress of hundreds of users attempting to access the RPAN network at once. A Reddit spokesperson made clear that at the point at which we published the article yesterday, the RPAN experience wasn’t 100% available to everyone for viewing or broadcasting. Not because their system couldn’t handle the load, but because they were rolling the system out to people bit-by-bit.

How will Reddit’s video streaming system be moderated?

Reddit’s RPAN system and its broadcasts will be “completely moderated by admins” with “no additional burden on moderators.” It would seem that Reddit is taking it upon themselves to do the moderating rather than assuming users will self-moderate. Given the content that appears on some already fully-active streaming platforms, it should come as no surprise that Reddit isn’t allowing this system to run wild right out the gate – “extremely judicious” indeed!

This is just the first part of Reddit’s future in streaming video and user-made media. The future of RPAN might not even be called RPAN – we’ll know more if and when this first wave of testing is complete!