It’s no Big Bang but it is a very big bang. NASA says it has spotted a record-breaking explosion, as a distant black hole erupts with galaxy-scale results. Luckily for us, though, the huge jets from the supermassive black hole occurred around 390 million light years away from Earth.

It all took place in the Ophiuchus galaxy cluster, and was spotted by a combination of data from four different sources. Astronomers combined X-ray data from NASA”s Chandra X-ray Observatory and ESA’s XMM-Newton with radio data from the Murchison Widefield Array (MWA) in Australia and the Giant Metrewave Radio Telescope (GMRT) in India.

The result was an explanation to a mystery that had been causing scientists to scratch their heads with disbelief. Observations from Chandra back in 2016 had hinted at a huge explosion in the Ophiuchus cluster, with a curved edge in the imaging suggesting a vast crater had been left behind. However the sheer magnitude of the gap that curve implied led them to discount the possibility of a black hole eruption being responsible. 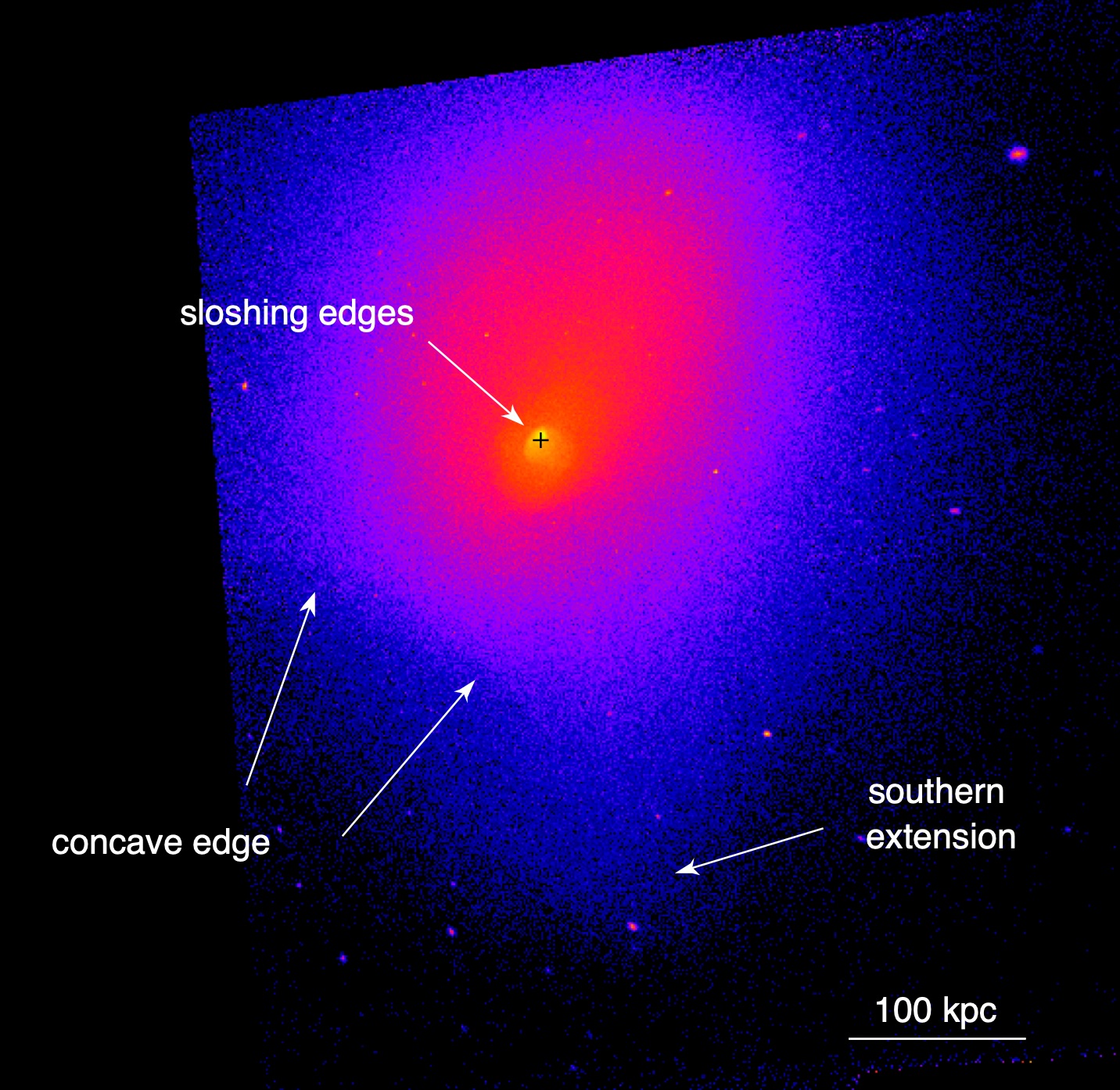 Turns out, they should’ve had more faith in their first theories. A new study confirmed the curved edge with secondary X-ray data, and then by throwing in radio data they realized it was indeed a cavity border. Inside the cavity is a region filled with radio emissions, produced from electrons that the black hole is assumed to have accelerated close to the speed of light.

It’s an almost unbelievably vast space. “In some ways, this blast is similar to how the eruption of Mt. St. Helens in 1980 ripped off the top of the mountain,” Simona Giacintucci of the Naval Research Laboratory in Washington, DC, who was the lead author of a study detailing the findings, said of the discovery. “A key difference is that you could fit fifteen Milky Way galaxies in a row into the crater this eruption punched into the cluster’s hot gas.”

Indeed it’s believed to have required roughly five times the amount of energy to create than the previous record-holding supermassive black hole eruption. Astronomers believe it has ceased, as there’s no sign of current jets. It’s likely that the black hole’s activity was shut down as its source of fuel – dense gases – has shifted away.

Still, while the cause of the strange observations has been identified, scientists still need more data to figure out exactly what went on all those light years away. Without multiwavelength observations, for example, it’s impossible to say why Ophiunchus’ emissions region doesn’t have an identifiable opposite side.

“This dinosaur may be an early example of a new class of sources to be uncovered by low-frequency surveys of galaxy clusters,” the study suggests. Future missions like the proposed AXIS (Advanced X-ray Imaging Satellite) concept could end up helping identify such new classes, with roughly ten times the count rates of Chandra. If it gets approval, AXIS could deploy sometime this decade.