As we’re busy heaping praise on the Google Pixel, one interesting factoid has come out that suggest what Google does next might really blow the iPhone away. It’s not new camera features; many would argue that’s not necessary anyway. It’s also now a new processor, though we’re entirely sure that’s coming as well. Next time, it’ll be all about partnerships and how much time Google has to focus in on how to build what could be the best phone ever, hands down.

After the Pixel was announced, a bit of news surfaced about how it actually came to be. It probably wasn’t as linear as you’d think, either.

Originally Google tapped Huawei to make the Pixel. It had done such a bang-up job with the 6P (my favorite Nexus phone by far) that Google wanted to work with them again. Unfortunately, Huawei wasn’t into it.

The reason? Google didn’t want any manufacturer branding on the device. It barely has Google’s mark!

With that hard ‘no’ on the table, Google turned to HTC, who gleefully took the task of making the Pixel. The rest is a bit of history. 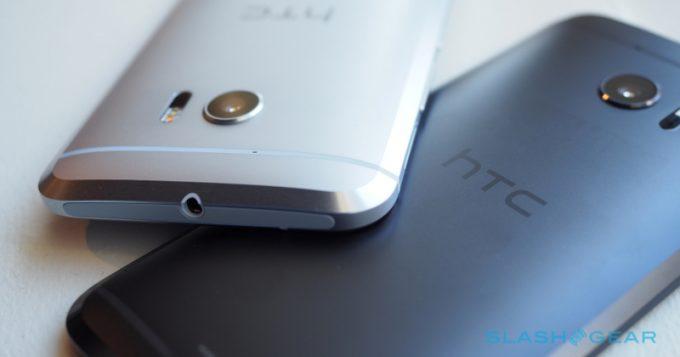 HTC has no shame

Here’s a brief snippet on the two different types of manufacturers for smartphones: OEM and ODM.

An OEM is an ‘original equipment manufacturer.’ Those are the Samsungs and LGs of the world; they control their own supply chain, have their own tooling equipment and basically run their own show.

An ODM is an ‘original design manufacturer,’ and is a bit trickier to nail down. The most notable ODM around is Foxconn, which handles a lot of Apple’s iPhone supply chain. The ODM will make phones to someone else’s specs.

HTC started life as an ODM. Before it made waves with the HTC Evo 4G with Sprint, HTC was doing a lot of ODM work for other companies. If you ever had a Palm Treo 650, you had an HTC.

Between HTC’s origin story and it’s current status as an OEM that’s falling victim to Samsung, taking on the Pixel was no problem. Google was dead set on controlling every aspect of the Pixel anyway, so it was either source its own supply chain (tedious and tenuous), or find an established entity to handle it. Google chose wisely.

Google and HTC only had nine months to work on getting the Pixel manufactured. That sounds like a long time, but when you’re taking about mass production of a device that has a lot of intricate parts that will be heavily scrutinized by the press and customers who’ve plopped down hundreds of dollars for one, there’s not a lot of wiggle room.

Huawei was undoubtedly critical to the early stages of planning the Pixel, but with it being unwilling to follow through — Google was in a tough spot. And really, nine months — even when you have a pretty good idea of what you want to do with your phone — is not a long time to work with your partner.

But HTC and Google got the Pixel out, and it’s easily the best Android handset available. Some even say the best phone, period; high praise indeed.

Now that Google has found a willing dance partner in HTC, it’s reasonable to believe planning for the Pixel 2 has already begun. And with so much extra time, who knows how good the second Pixel will end up. In nine months, Google and HTC made an iPhone-beater. Given a full year, the two companies may be able to show us what the perfect piece of smartphone hardware really looks like.