Razer x BAPE – a match made in cult consumer heaven

Razer and A Bathing Ape (BAPE) officially announced their first collection of products with prices and release dates to boot. This will be a cross-brand sort of situation, with limited edition BAPE x Razer products aplenty. The first set of items includes t-shirts, a hoodie, a backpack, Opus, Goliathus V2 Speed, and DeathAdder V2. This collaboration is set to be called the A GAMING APE collection.

Razer just teamed up with BAPE to create a limited edition set of produces for release in December of 2020. The first set of items appear to be priced relatively similar to what they’d be priced otherwise – plus a couple extra 10 dollar bills. For example the Razer x *A Bathing Ape® DeathAdder V2 will cost you around $90 instead of its standard (non-Bape) iteration is $70. 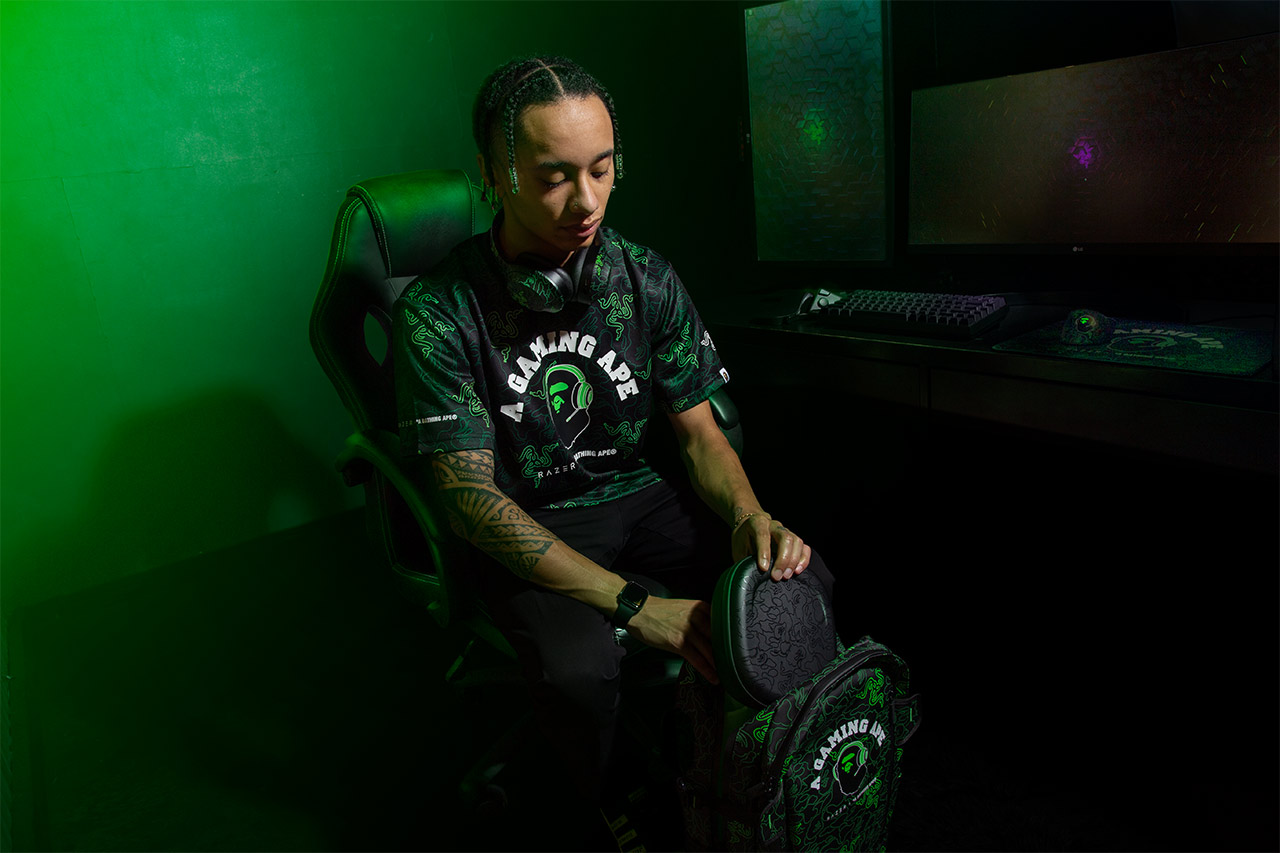 If you’ve never seen a BAPE shirt or any sort of product from BAPE before, know this: The pricing isn’t unexpected. A hundred dollars or more for a t-shirt from this streetwear brand is pretty standard. 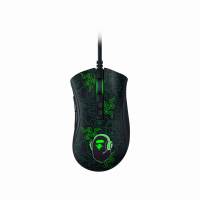 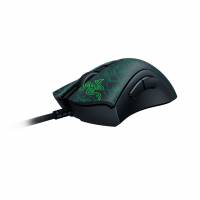 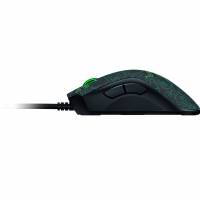 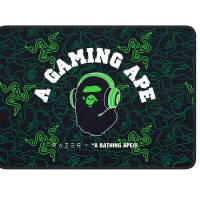 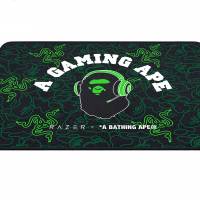 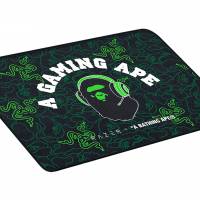 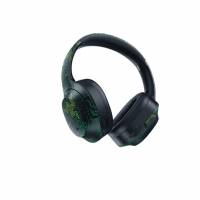 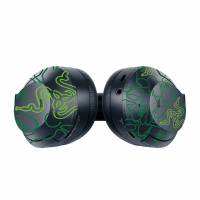 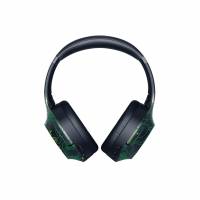 Above you’ll see each of the peripherals included in this initial launch. Below you’ll see the several different pieces of clothing that’ll be released at the same time. 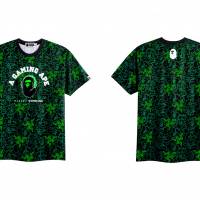 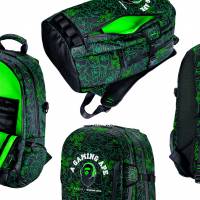 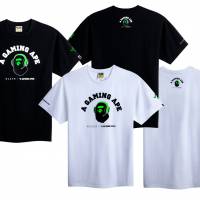 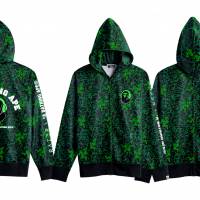 The more one thinks about the situation, the more one wonders how this sort of team-up hasn’t happened before. Cross your fingers this isn’t a one-off sort of collaboration.

NOTE: The electric eye-piercing greens shown in the images above seem to be slightly more realistically toned if we look at Razer’s official “lifestyle” photos, as you’ll see here: 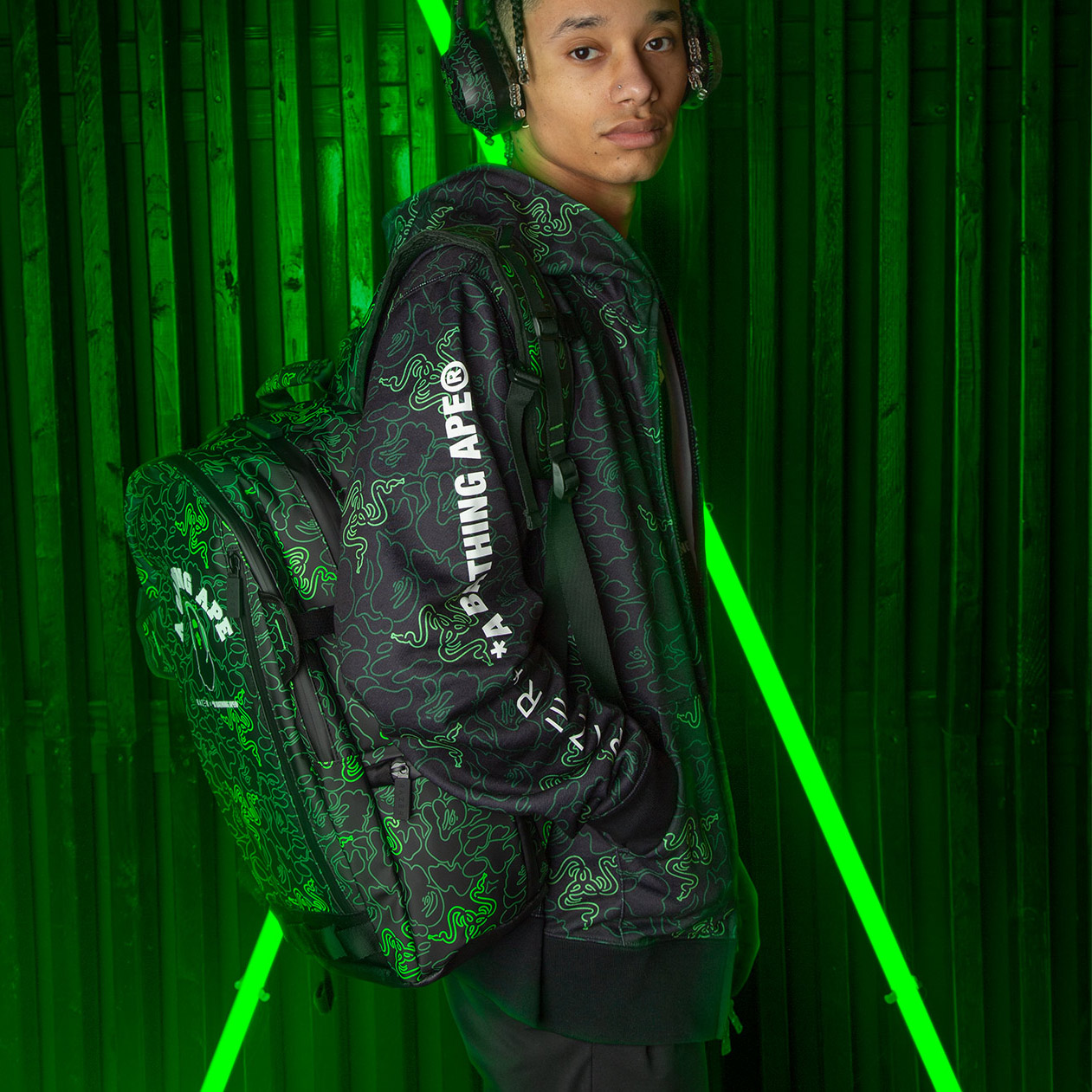 The release date for the A GAMING APE collection is December 4, 2020. This event will start at 6PM PDT. That’s also December 5, 11AM JST, as this event crosses the ocean. There will be a special RAZERSTORE LIVE streaming event for the products on December 3 at 6:30 PM PDT.