If you’ve ever watched someone stream games on Twitch or YouTube, you’ve probably seen a few people who blend into the game, thanks to a green screen. Utilizing a green screen, you’re able to cut out the entire background, only leaving yourself viewable in the video.

This not only looks more professional, but it means that you’re taking up less room on the screen. Unfortunately green screen setups can be costly and cumbersome, as you need a fair bit of space, and the proper lighting to make it work. But what if you didn’t need to do any of that? That’s exactly what Razer has been thinking about.

Today, the company announced the Razer Stargazer, which they tout as “The world’s most advanced webcam.” I was able to spend a little time with it, and they weren’t kidding. Utilizing Intel’s RealSense technology, the camera is able to capture a 3D image that is able to distinguish between objects in the foreground, and those behind them. It then automatically removes the entire background, with little or no effort on the part of the user.

Another feature that will assist gamers is the fact that it can capture 720p video at 60 frames per second. That means that if you’re recording a game that also runs at 60 fps, your webcam will be able to keep up. Other cams have been limited to 30 fps, regardless of what resolution they’re shooting at. The Stargazer also captures full 1080p, though only at 30 fps. 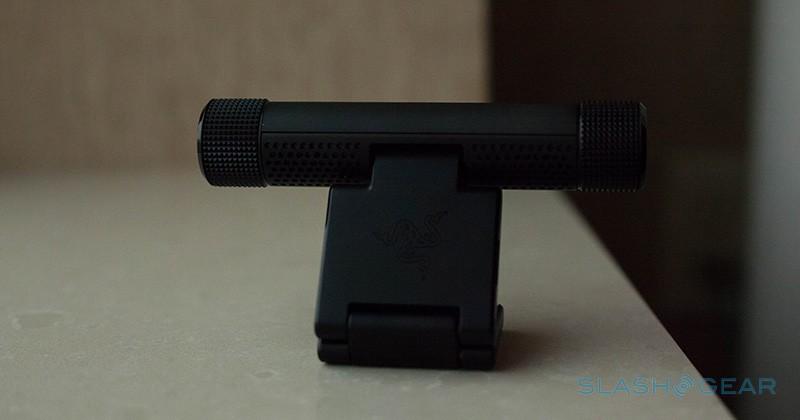 It is actually the first webcam on the market to do so. By using the Stargazer with Windows Hello, you need only walk up to your computer to have it unlock. And while you may have seen features like this before, by utilizing those 78 points of facial recognition, you need an actual person’s head in front of the camera in order for it to unlock. Previous setups could be easily defeated with a simple printed picture.

By combining all of these new features, the Stargazer really is the most advanced webcam in the world. You will be able to purchase one for yourself starting in Q2 of this year, for $199.99.