Razer Chroma refresh: All your gamer gifts and a new controller

Today we’re taking a peek at all the new Razer Chroma devices the company’s revealed at once. Everything shown today is either a refresh of a device that’s been available before, with better specs, or an entirely new device. This includes the Razer Mouse Dock Chroma, Mouse Bungee V3 Chroma, Bungee V3 (no Chroma), Charging Pad Chroma, Base Station 2 Chroma, Base Station 2 Chroma (Mercury / Quartz), and a completely new Razer Chroma Addressable RGB Controller.

The Razer Chroma Addressable RGB Controller is a brand new product. This device is an ARGB controller that allows the Razer user to sync all of their ARGB lighting to one central space, working with Razer Synapse 3. 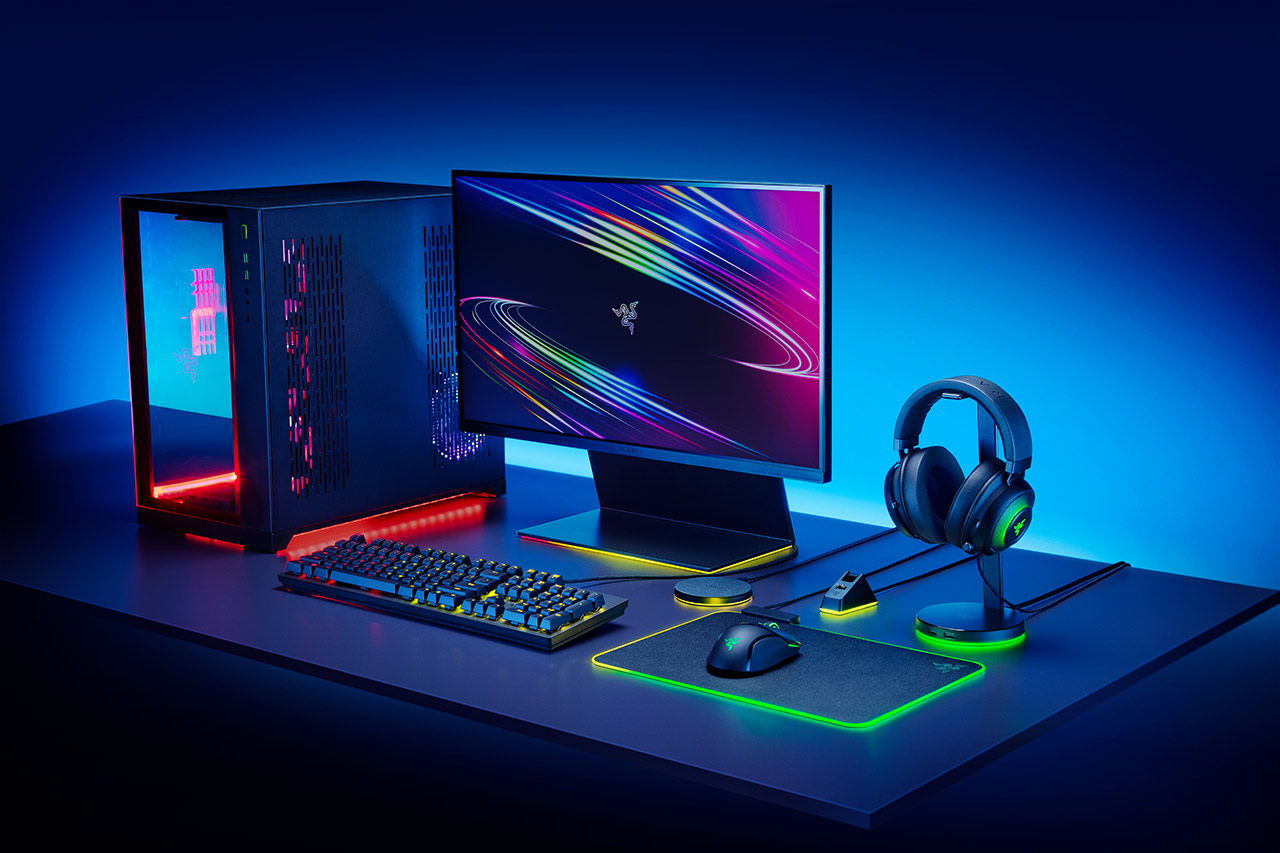 The the RGB controller works with non-Razer components from partners such as Enermax, Phanteks, SilverStone Technology, Teamgroup, LianLi, and ThermalTake. This controller has SSD mounting points and 6x ARGB headers for plugging in to ARGB light strips, fans, and whatever other light-up components you might have in your PC.

Razer Base Station V2 Chroma is made for your headphones. It has 2x USB 3.1 ports and a 3.5mm combo port with built-in DAC for 7.1 surround sound. This base station has a new slimmed-down design, and will be available in black, quartz, and mercury.

The Bungee V3 Chroma “takes mouse cable management to the next level.” The Bungee V3 has an anti-slip base and an aluminum body, and a choice of non-Chroma (no lights) or Chroma (RGB lighting). 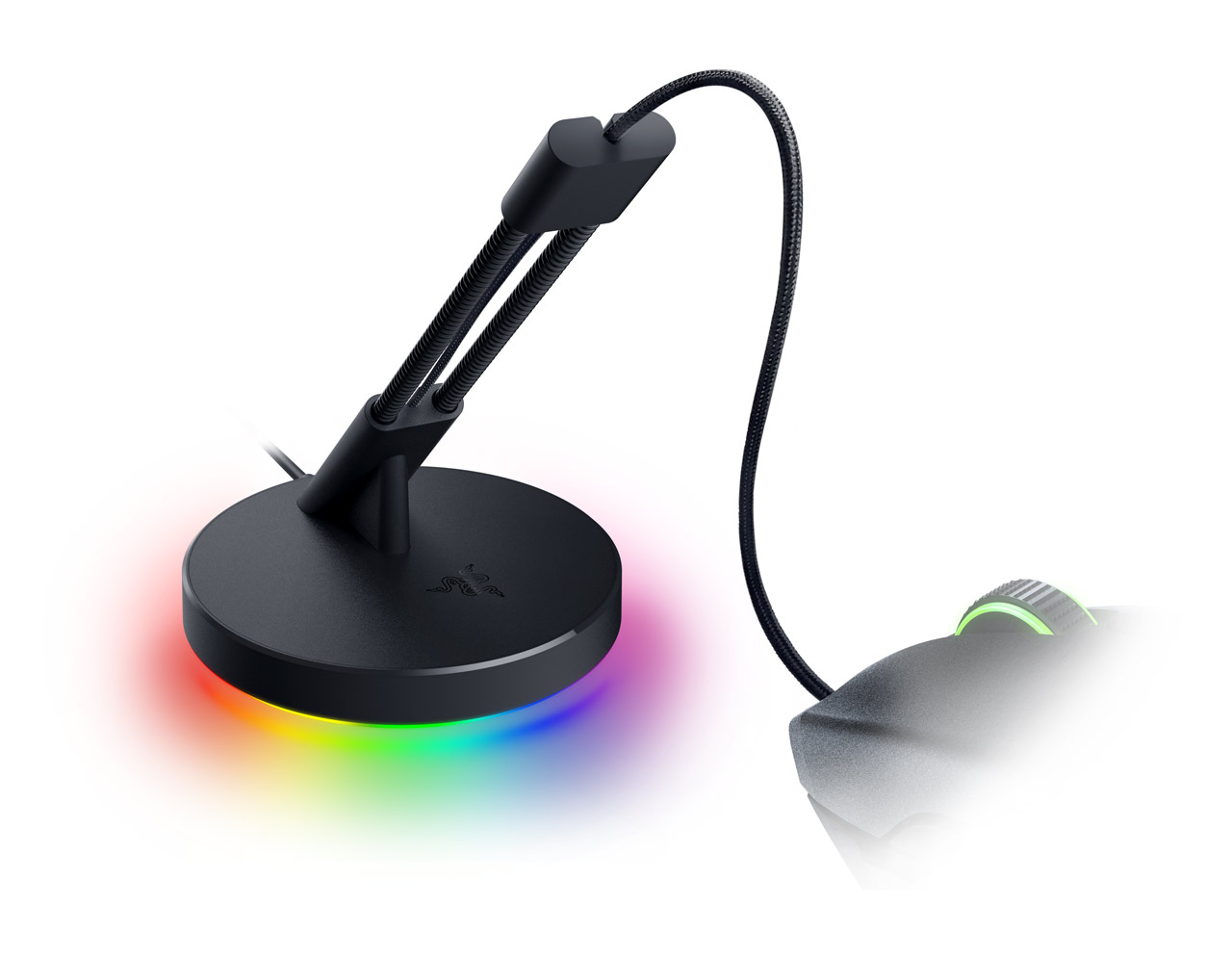 The Razer Charging Pad Chroma is what Razer describes as fast, colorful, and grippy. This charging pad supports up to 10 watts of power and features a soft-touch rubber surface.

The Razer Mouse Dock Chroma was made specifically for the newest wireless and wirelessly-charging mice DeathAdder V2 Pro, Naga Pro, Basilisk Ultimate, and Viper Ultimate. This dock has a magnetic holster, anti-slip base, and charge status lighting.

The Razer Base Station V2 Chroma price is approximately $70 USD, or if you’d like the Mercury or Quartz version you’ll pay closer to $80. The Charging Pad Chroma will cost you around $60 USD. If you’re looking for the Razer Mouse Bungee V3, you’ll find the non-Chroma version out for $20, while the Chroma version will cost you $40. The Razer Mouse Dock Chroma will be available for a price of approximately $50.