Razer has revealed their newest iteration of their hero gaming laptop, the Razer Blade, this time with NVIDIA GeForce GTX 1060 graphics inside. As we detailed in mid-August, NVIDIA’s GTX 10 line of GPUs aren’t coming to laptops like Blade with “M” versions (read: lesser) of GPUs made for desktops – they’re made with the same chips. This new Razer Blade is so powerful – in a big way due to the GTX 1060 – that it’s able to run a full-powered virtual reality headset like Oculus Rift and/or HTC VIVE.

We had a bit of time with this machine – or an early iteration of it – earlier this year at an NVIDIA event showing off the capabilities of the graphics technology therein. There, inside this newest edition of the 2016 Razer Blade, the form factor remained largely the same, but the power inside was increased by one whole heck of a lot.

There’s little to say about this machine that wasn’t already said before – it’s one of the best – if not the best – gaming notebook in the world. Sure, there are fatter gaming notebooks out there with, for instance, bigger batteries – but the balance between power and size on this machine is just about as ideal as it gets.

The laptop you see above – again – wasn’t necessarily running final software and didn’t necessarily have all of the final hardware an end-consumer would be working with. BUT, since this new Razer Blade has basically the same chassis that the last one did, it makes little difference in this demo. 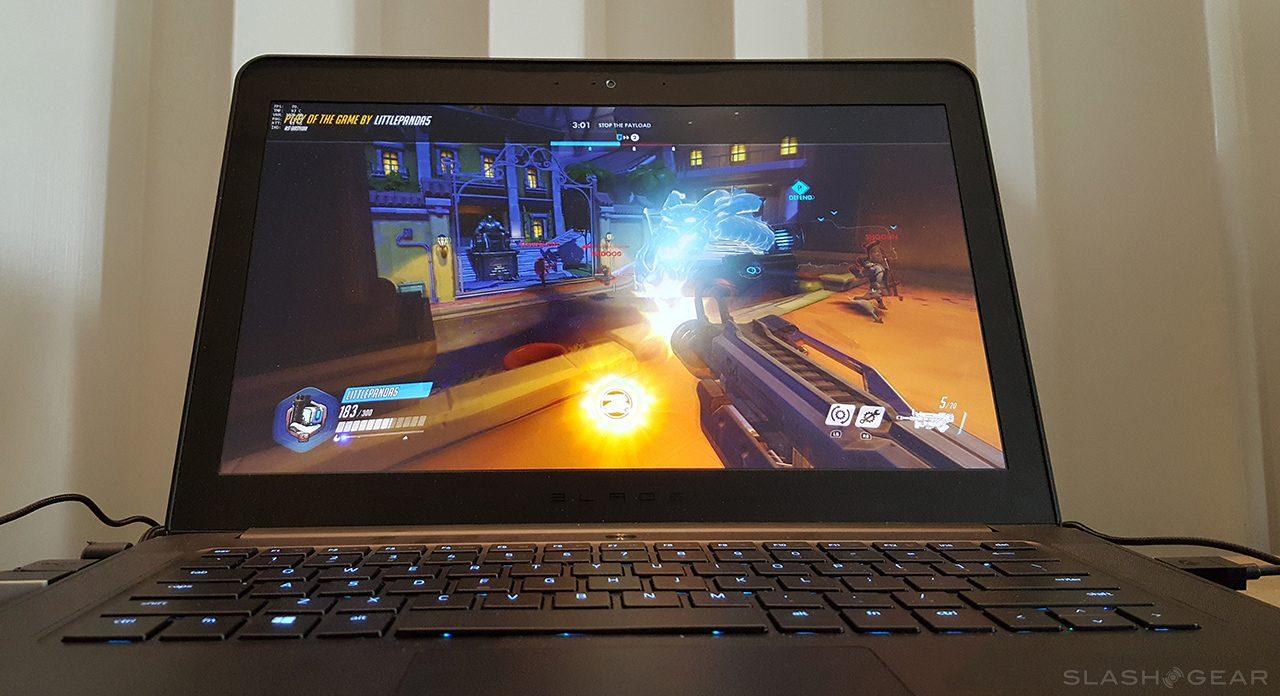 Below you’ll see the full specifications of this notebook. Bold specs have been updated since the last time we saw this machine updated.