A middle-aged man under observation for COVID-19 proved active for 49 days in an early (preprint) report from China. The signs were not severe – his immune cell indicators remained stable. It was his COVID-19 viral load that remained high for a previously unseen amount of time. NOTE: At the point at which this article was published, the original data had not been peer-reviewed – we will be keeping an eye on the original report and will update as necessary.

A special note: – While the authors of this report have published reports in the past, this particular research had not been peer reviewed at the point at which it was first widely reported by media sources like South China Morning Post and BGR and the New York Post. It is vital that all parties keep the preprint, not-yet-peer-reviewed nature of this information in mind while reading and/or sharing.

The cases described in the report from China included one 40-50 year old male and one 70-80 year old female. The female was admitted to the hospital approximately 11 days after symptom onset. She had a sustained cough throughout the observation period, but no fever after admission. 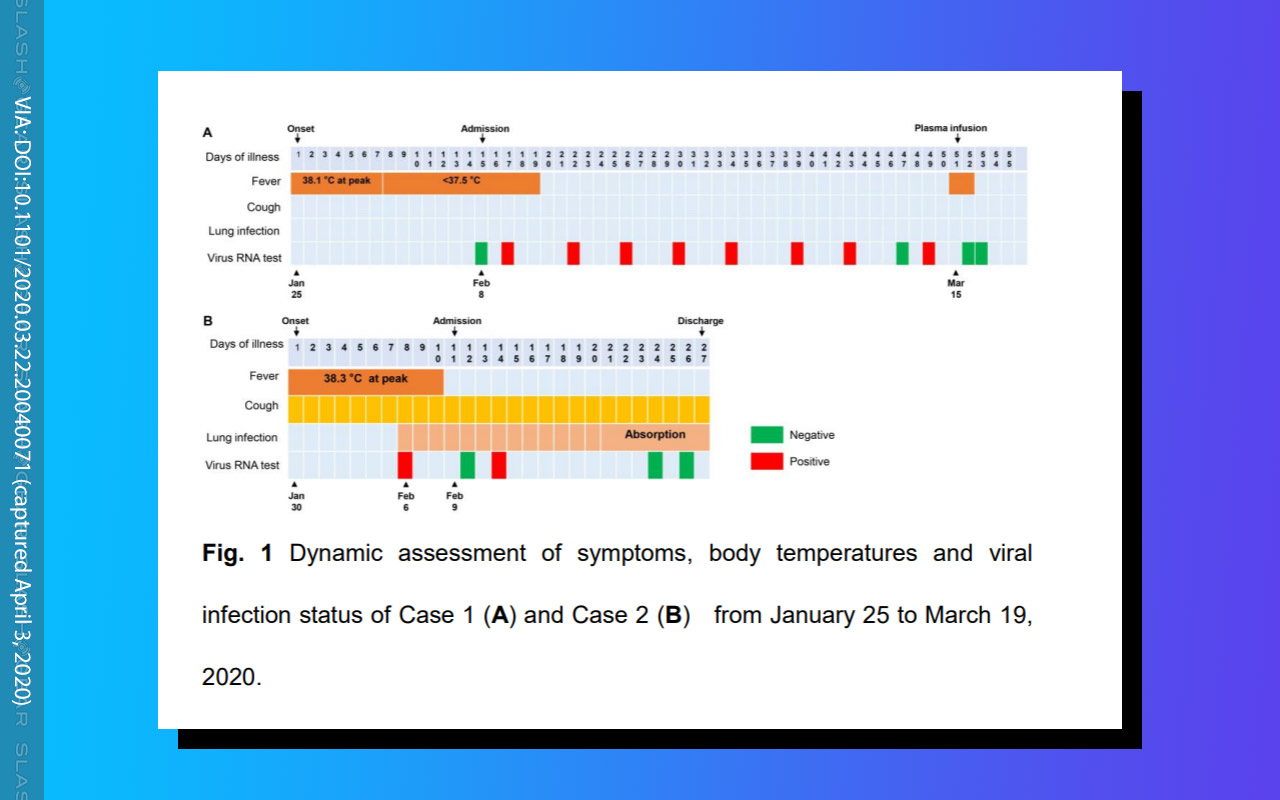 The authors of this report wrote that the switch in RNA test results from positive to negative to positive suggest the potential for “dynamic balance.” The viral duplication was suppressed, they said, but “immune cells cannot clear out the virus.” Patients with mild symptoms, like the male in this study, are “likely to be neglected” and could “persist infecting surroundings and cause a new outbreak” according to the authors of the research.

Their conclusion and note for expansion

The authors of the report wrote that they observed a “special family cluster case [for COVID-19], of which one member has the longest duration of viral shedding in current reports.” They went on to note that “the virus infecting this family cluster case appeared low toxicity and low transmissibility. However, it also showed a prolonged infective ability and was hardly to be eliminated in body.”

The doctors made note that “This virus type may exist in human bodies for a long time and may be a risk to contribute to periodic outbreak in future considering the high mutation in COVID-19.”