Quarter battery charges up with MacBook cord, powers your iPhone

There’s a mobile power bank device out there called Quarter. It’s pretty neat. You may have been confused by what it does if you’ve already heard about it. Let me tell you what it’s all about. Quarter is a battery, one that you charge up – fill up with power, that is to say – then stick in your backpack for later. Later, you take it out, plug in the cord that charges your iPhone, and let this battery power up your iPhone instead of looking for an outlet.

The confusing part is in the promotional material from Quarter itself. They suggest that “Using the standard MacBook charger, within 15 minutes, Quarter can take up enough power to charge an iPhone 5s.” Ok, fair enough, but what are most users going to actually assume that means?

They’ll assume that you’re going to get to do one of two things:

1. Charge their iPhone with a MacBook charger.
2. Use Quarter to go from 0 battery to 100% battery on their iPhone in 15 minutes.

Neither of these things, unfortunately, are true. 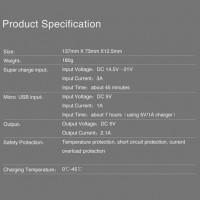 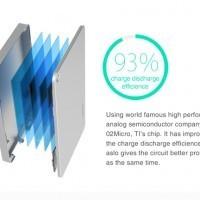 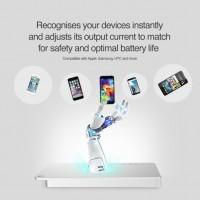 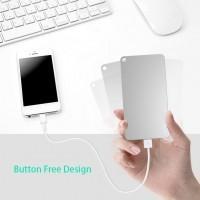 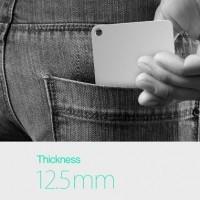 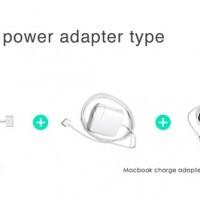 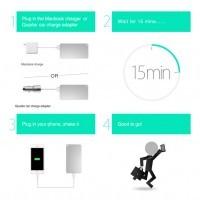 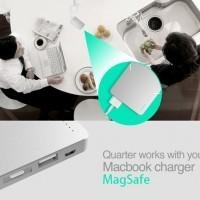 What is true – and what remains pretty neat in the process – is that this mobile battery looks good, holds a big charge, and can be powered up with the cords you already have in your home. This battery also has that feature that adjusts the output of battery power speed to match the device you’re charging up.

The battery is 137mm x 73mm x 12.5mm and weighs in at 180g. The battery is made of Aluminum and matches the look and feel of your Apple products – and is part of a crowd-funding project on Pozible that’s running until the 25th of November, 2015.

Update: Quarter tells us that, unlike a traditional crowdfunding campaign, production has actually kicked off already with 1,000 units being manufactured. They’ll start shipping before the campaign ends, presumably with the hope that the money raised will be enough to increase production beyond that.