Picture this: you get up in the morning, have you coffee, grab your keys, and head to the garage. After slipping behind the wheel of your brand new electric vehicle, you hit the ‘power’ button and…nothing happens. Confused, you stab the button again, only to be greeted with the same blank screens. It’s only then that your eyes trail over to your sideview mirror, where you see the charging cable nestled in its station, instead of connected to your automobile. A momentary oversight the night before now has you taking the bus to work, instead of driving.

While this certainly isn’t the biggest issue associated with owning an EV, it’s one that Qualcomm is looking to erase through the promotion of its wireless electric vehicle charging (WEVC) technology. Although still in its infancy in terms of consumer adoption, I had the chance to witness a demonstration of Qualcomm’s WEVC this past weekend at the Formula E Long Beach ePrix in Long Beach, California. 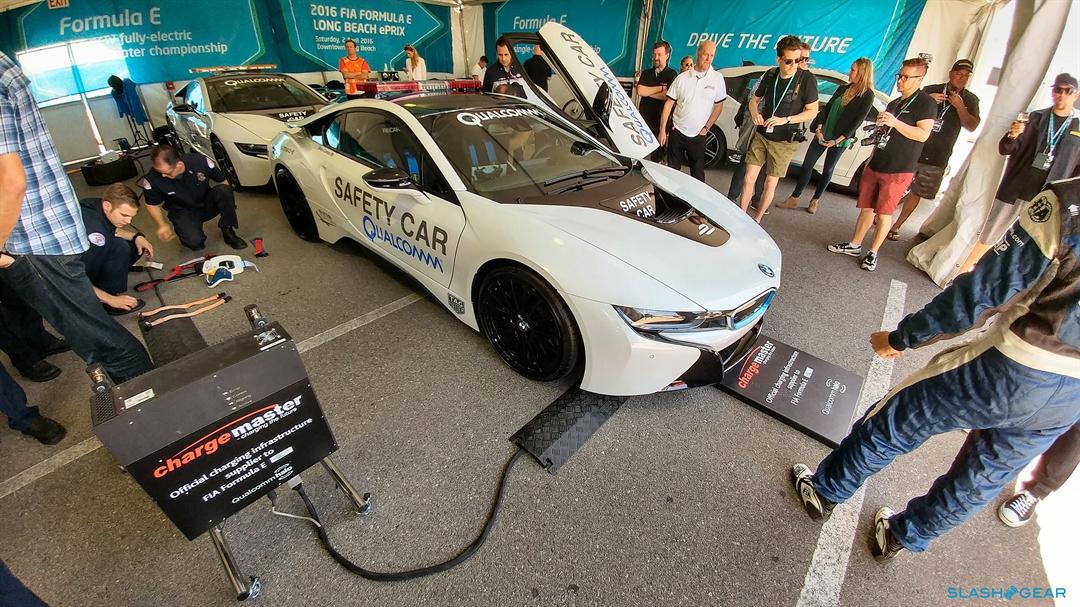 At its core, WEVC (also called Halo) is quite simple. Qualcomm uses magnetic inductive power transfer between a simple charging pad and a receiver that can be attached to almost any electric vehicle.

The up-to-7.2 kW technology is almost identical in terms of efficiency when compared to a cabled charging system, with efficiency approaching 94 percent. A further advantage: it’s possible to bury the charging pad under concrete so that you don’t have to look at it at all in your garage, reducing clutter after installation. 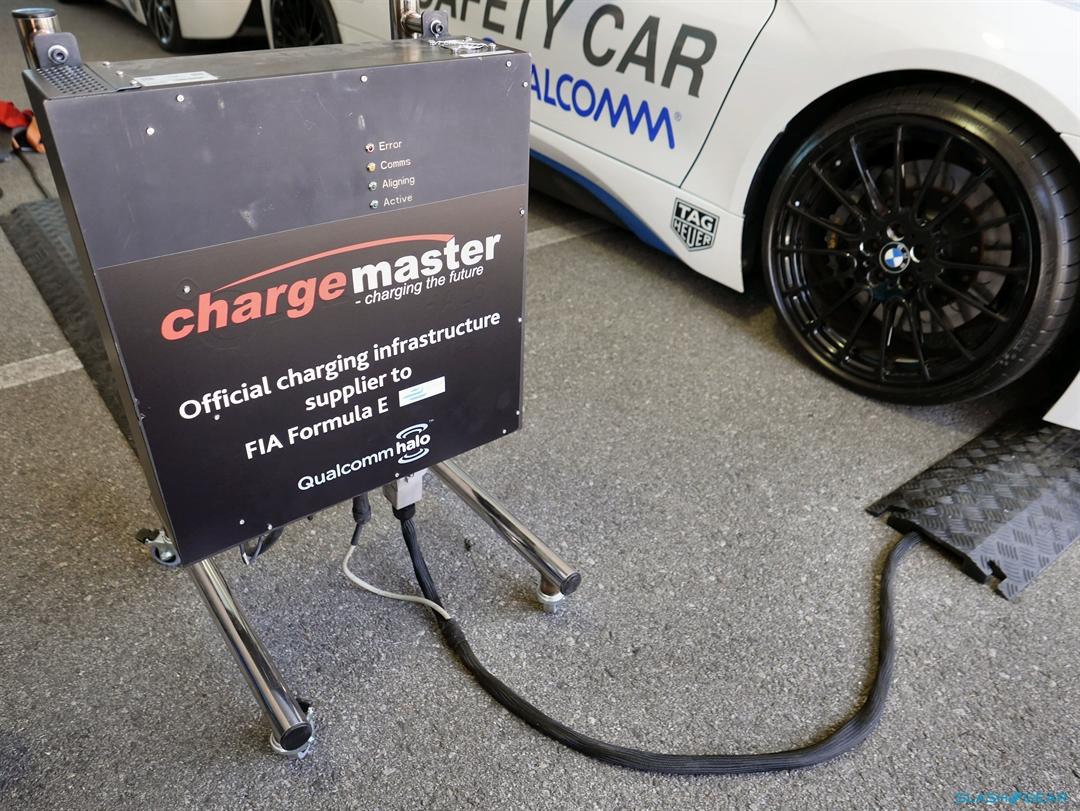 If you can’t see the Qualcomm WEVC pad then how, exactly, do you align your car to make sure you’re locked on to the inductive charge? The system comes with an app that tells drivers how far to reverse or advance the vehicle in order to achieve the most effective positioning over the charging pad, regardless of whether it is buried or not. 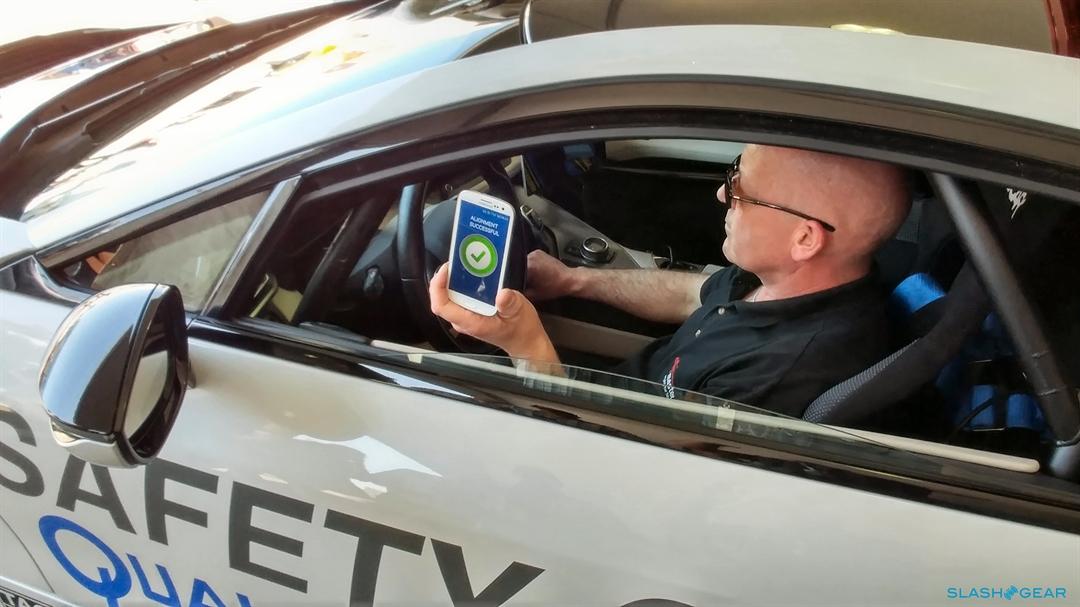 Of course, at the racetrack the utility of WEVC extends far beyond not having to plug in at night. Each of the safety cars used by Formula E – both the primary fleet of BMW i8s as well as the BMW i3s that are used to transport medical staff – are stationed at key points around a given street course to reduce response times. By using the Halo system, the batteries of these EVs can be kept topped up at all times, without the need to get out of the car and disconnect a cable before dealing with an on-track emergency. 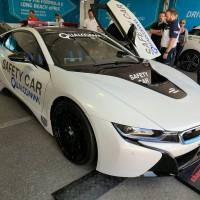 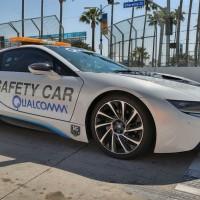 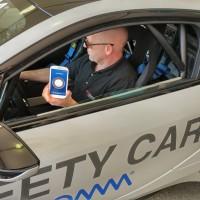 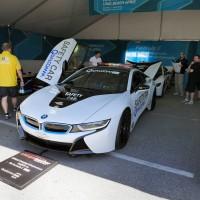 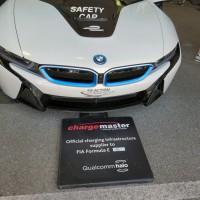 Qualcomm is looking past stationary charging to a future where its Halo system could be embedded directly in a roadway, allowing EVs to charge even while driving. Currently, the company has also been deploying a 20 kW charging system used in charging the Drayson B12/69 electric race car, proving that even advanced charging systems car be supported wirelessly.

We are no doubt still a long way off from every highway topping up the fleet of EVs that cruise down it on a daily basis, but Qualcomm’s WEVC technology proves that wireless charging technology is no longer limited to watches, phones, and electric toothbrushes.