The team responsible for bringing on next-generation innovation to Qualcomm have initiated an oddity by the name of Qualcomm Zeroth. These processor units are “brain-inspired computing” made real, pushing the limits of what it means for a bit of hardware to anticipate your needs and share our perception of the world naturally. Qualcomm’s Research and Development teams have been working on architecture here that they say “breaks the traditional mold” my mimicking the human brain and nervous system.

By mimicking the nervous system and brain of a human, Qualcomm Zeroth processors are able to push forth embedded cognition driven by what the company calls brain inspired computing. This computing project is envisioned with three main goals.

1. Biologically Inspired Learning
2. Enable Devices To See and Perceive the World as Humans Do
3. Creation and definition of an Neural Processing Unit—NPU

An NPU is a new concept being initiated by Qualcomm Zeroth. The company hopes to create, define, and standardize a new kind of processing architecture here in a way that will allow them to live side-by-side in future processors for devices – on SoCs, that is. Using this technology, users will be able to tap into what Qualcomm calls “training the device for human-like interaction and behavior.”

Qualcomm hopes to make use of the world of neuroscientists with mathematical models of the human brain’s biological neuron behavior and push this sending, receiving, and processing of information to the Zeroth processing unit of the future. They’ll do this by replicating the electrical pulses (called “spikes”) made by neurons when a certain voltage threshold is reached. 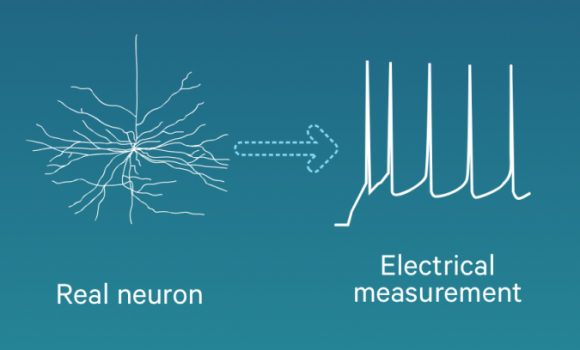 This is called a spiking neural network (SNN), and it’s extremely efficient in how it both encodes and transmits information through our brain. Qualcomm hopes to harness this ability for smartphones and other smart devices of the future.

In the video above you’re seeing a Qualcomm Zeroth processor in action. Placed in a robot, Qualcomm has allowed this machine to learn as it goes. This robot uses dopaminergic-based learning – something so simiple as positive reinforcement – to learn and grow in intelligence.

Now think of the possibilities. A smartphone that learns from you – not just based on your search terms in Google (as just one example), but based on a wide variety of functions and receivers. Right alongside this set of abilities will come the worries of the machine learning too much – and the inevitable fire-back as well.

Let us know what you think – and stick around the Qualcomm tag portal for more information as the Zeroth Processors arrive on the scene soon.