Qualcomm is readying a new kind of artificial brain chip, dubbed neural processing units (NPUs), modeling human cognition and opening the door to phones, computers, and robots that could be taught in the same ways that children learn. The first NPUs are likely to go into production by 2014, CTO Matt Grob confirmed at the MIT Technology Review EmTech conference, with Qualcomm in talks with companies about using the specialist chips for artificial vision, more efficient and contextually-aware smartphones and tablets, and even potentially brain implants.

According to Grob, the advantage of NPUs over traditional chips like Qualcomm’s own Snapdragon range will be in how they can be programmed. Instead of explicitly instructing the chips in how processing should take place, developers would be able to teach the chips by example.

“This ‘neuromorphic’ hardware is biologically inspired – a completely different architecture – and can solve a very different class of problems that conventional architecture is not good at,” Grob explained of the NPUs. “It really uses physical structures derived from real neurons – parallel and distributed.”

As a result, “this is a kind of machine that can learn, and be programmed without software – be programmed the way you teach your kid” Grob predicted. 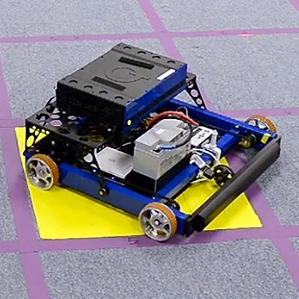 In fact, Qualcomm already has a learning machine in its labs that uses the same sort of biologically-inspired programming system that the NPUs will enable. A simple wheeled robot, it’s capable of rediscovering a goal location after being told just once that it’s reached the right point.

However it’s not only robots that can learn which will benefit from the NPUs, Qualcomm says. “We want to make it easier for researchers to make a part of the brain” Grob said, bringing abilities like classification and prediction to a new generation of electronics.

That might mean computers that are better able to filter large quantities of data to suit the particular needs of the user at any one time, smartphone assistants like Google Now with supercharged contextual intuition, and autonomous cars that can dynamically recognize and understand potential perils in the road ahead.

The first partnerships actually implementing NPUs in that way are likely to come in 2014, Grob confirmed, with Qualcomm envisaging hugely parallel arrays of the chips being put into practice to model how humans might handle complex problems.