Qualcomm has spun off Gimbal, its location-based services system compatible with Apple’s iBeacon, into a standalone company, offering retailers, entertainment venues, and businesses proximity-sensing and geofencing. The independent Gimbal, Inc. will push what Qualcomm described as “the digital sixth sense”, feeding personalized information to users iOS and Android devices based on where they are in stores or stadium.

Qualcomm will remain a “substantial investor” in the new, standalone company. However, third-party investors – including AEG and others – will hold the majority stake. 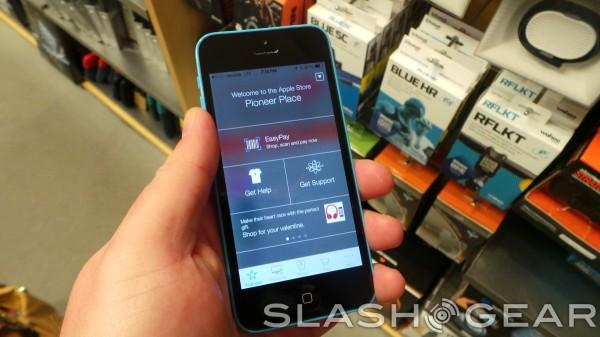 Gimbal uses low-power Bluetooth beacons to signal to a smartphone or tablet where it is, similar to GPS but far more localized and capable of working indoors.

As we found when we tested Gimbal out back in February, it can be used to not only deliver product information when you’re stood in front of a particular shelf, but feed shoppers with mall maps as well as contextually-relevant deals and coupons.

Qualcomm offered a Gimbal SDK for developers to get up to speed with the concept, as well as different types of beacons themselves depending on range and whether they were to be deployed indoors or out.

As iBeacon – which Apple uses to guide shoppers around its stores, and even ties into the assistant-free checkout process – demonstrates, there’s plenty of potential for location-based services, particularly as shoppers demand more tailored recommendations if they’re going to open up their privacy. Qualcomm expects the Gimbal spinoff to be finalized in May 2014.