The processor for the new Amazon Fire Phone has been revealed as Qualcomm’s Snapdragon 800, the same SoC (system on chip) released on the most recent Kindle Fire model tablet. This processor was one of the biggest releases for Qualcomm back when they announced it in early 2013, sporting a coming to “virtually every global OEM” tag early on. 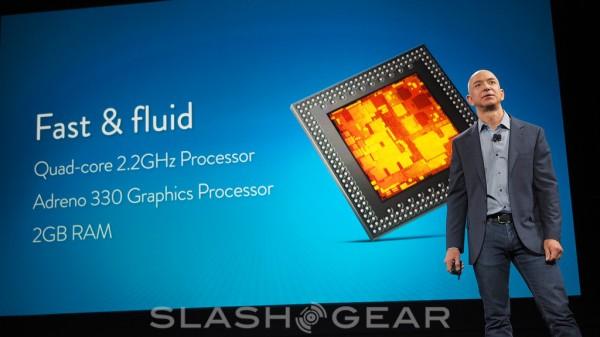 While Amazon sticks with this tried-and-true SoC, groups like HTC, Samsung, and LG have moved on to the next-in-line model. The HTC One (M8), Samsung Galaxy S5, and LG G3 all work with the Qualcomm Snapdragon 801. The differences between the 800 and the 801 are few:

While the specifications of the 801 are better than the 800, Amazon is obviously not concerned with competing with their opposition in a straight up spec-war. Instead, the Snapdragon 800 is a familiar SoC to Amazon, having already been used in their tablets, and brings extremely similar processing power at a lower price than the 801.