Quadruped robot gets fitted with a precision rifle

Some people may find quadruped robots, which look sort of like a headless dog, cute, but many find them more than a little creepy. If you’re among those who find the robot creepy when shuffling around the environment, the new weaponized robot from Sword Defense Systems won’t help you sleep any better at night. The platform is a Ghost Robotics robot fitted with a sniper rifle, called the Vision 60.

The weaponized robot is being shown off at the NDIA Future Force Capabilities Expo in Georgia. The weapon system on the back of the robot is a rifle chambered in 6.5 Creedmoor. According to the manufacturer, it’s capable of hitting a target up to three-fourths of a mile away. The official name for the rifle is the Special Purpose Unmanned Rifle or SPUR.

The rifle itself can be fitted to various robots, but in this instance, it weighs 17 pounds, and the rifle is also fitted with a FLIR Boson thermal camera that has 30 times optical zoom. That camera system can detect targets day or night. The rifle can fire both 6.5mm Creedmoor or 7.62 x 51mm NATO rounds and has a 10 round magazine.

The rifle is also coated in a ceramic material to help hide it from night vision systems. Remotely controlled weapon systems are certainly something the US military would be interested in. It’s also possible that specialty police forces around the world might want a similar weapon system. 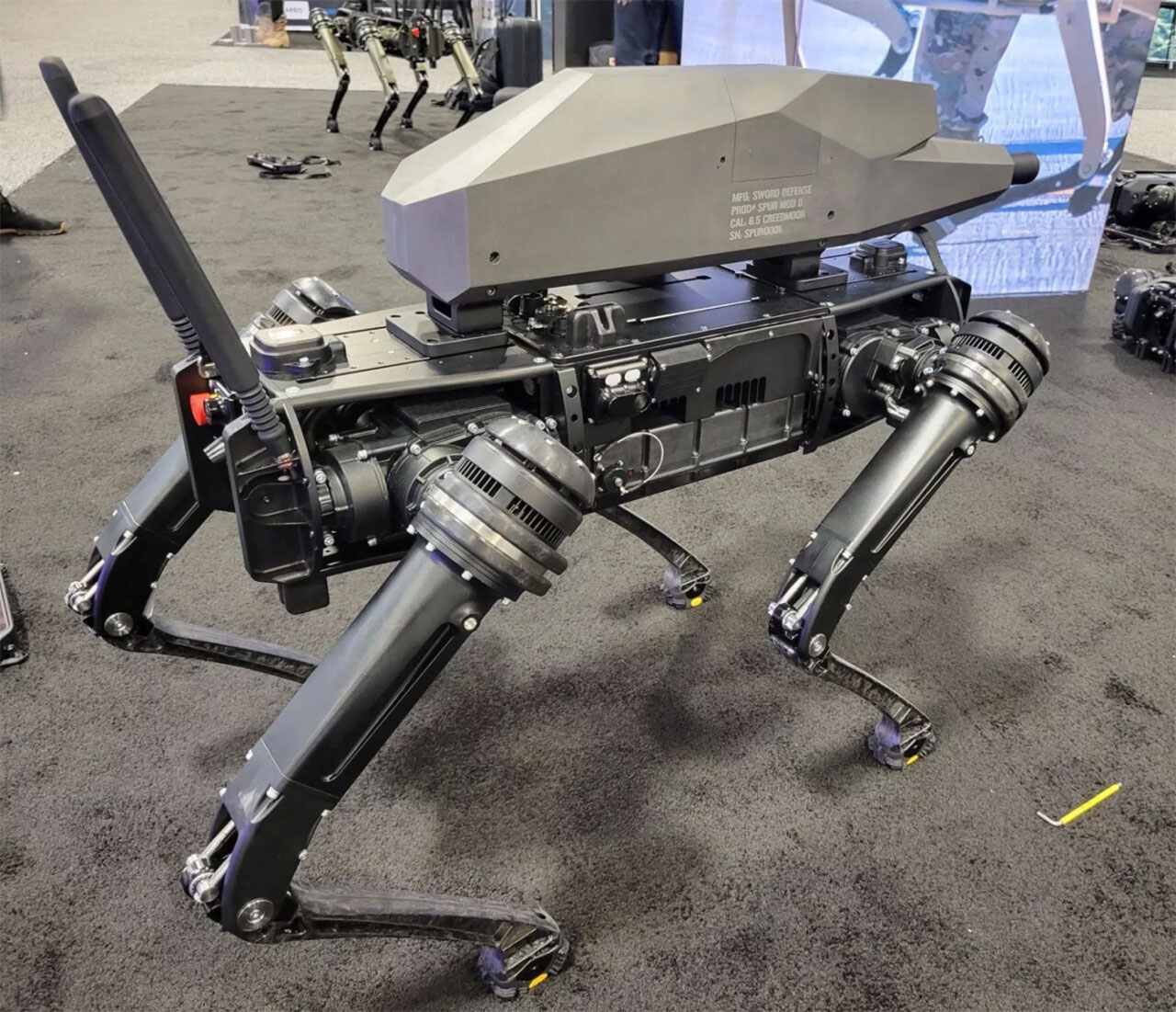 At this point, there’s no indication that the robot is autonomous. Autonomous weapon systems making decisions on what targets to engage is something few want to think about. However, platforms such as this is essentially similar to drone aircraft the US military operates that are weaponized and have humans at the controls remotely. Ghost Robotics says the SPUR rifle is one of several payloads its robot can be fitted with.