Back in October, Japanese company Yukai Engineering introduced a therapeutic pillow called Qoobo. Though it is a pillow, it has a big twist compared to other pillows: it is styled after a cat, including soft fur and a wagging tail. That makes Qoobo as much robot as it is cushion, one designed to give someone a sense of comfort without squeezing an actual living cat.

This isn’t the first therapeutic robotic companion we’ve seen, but it is the most unique. Rather than replicating the full animal, Qoobo incorporates just a part of it: the tail, which wags when it is “happy.” When someone pets Qoobo, the tail starts to wag gently, then it swings playfully if rubbed. Sometimes the pillow will wag its tail on its own just as a way to “say hello.” 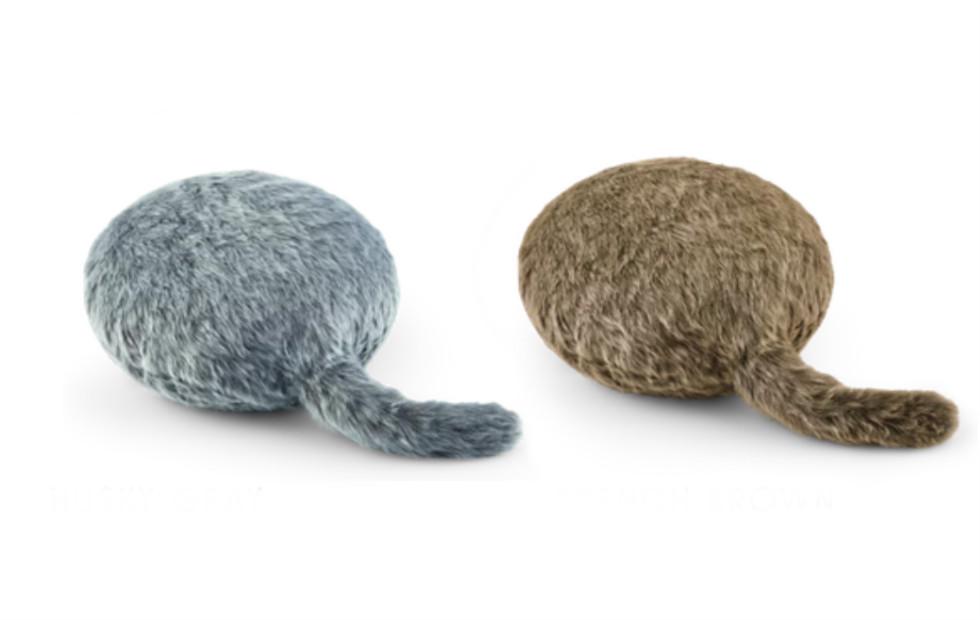 Yukai Engineering sought funding for Qoobo on Kickstarter, where it raised more than 12,000,000 Yen. The project has since closed, but work continued, and now the pillow is available to preorder. Qoobo is available in both “Husky Gray” and “French Brown” colors, one obviously being gray and the other being brown.

The company behind the pillow says that extra special attention was given to the finer details, particularly the weight and texture. The idea is that it feels comfortable and comforting when being held, hence the therapeutic part. Don’t like cats? Just imagine it’s a dog.

Overall, the pillow measures 330mm wide by 540mm long and 160mm thick; the weight is 1kg. The device needs to be recharged for the robotic aspect to work; it includes an AC adapter to charge the battery, which then works for up to 8 hours before needing charged again. Both models can be pre-ordered from the Qoobo website now for $89 USD.