Apple’s AirPods have made untethered Bluetooth earbuds mainstream, but the design itself — that is, two untethered wireless ear pieces — has been around for years. Go back far enough, and you’ll find early models like the Sennheiser MX W1, a pair of big, clunky but functional earbuds that provided stereo audio without a wire tethering them together. As technology improves and prices substantially drop (the MX W1 retailed for $600 new), we’ve seen earbuds of this sort with increased frequency, and joining them are the QCY Q29 pair.

Much like AirPods and Samsung Gear IconX, the QCY Q29 earbuds are both wireless, but not shackled to each other via a physical wire — they’re two independent earpieces that can be used together (stereo) or separately (mono), depending on your needs. The earbuds retail for between $73 and $100, depending on where you get them, making the QCY decidedly attractive from a budget-centric point of view.

The Q29 model set comes with a small carrying case that doubles as a charger, allowing users to quickly replenish the ear pieces’ batteries when they run low. The case itself is small enough to slip into just about any pocket, and it charges via an ordinary microUSB cable.

There’s nothing to dislike about this arrangement — the earbuds fit snuggly and charge quickly (in about half an hour), going on to provide somewhere around three hours of playback before needing another charge. The case will give you about 12 hours of listening time before you need to charge its internal 220 mAh battery. 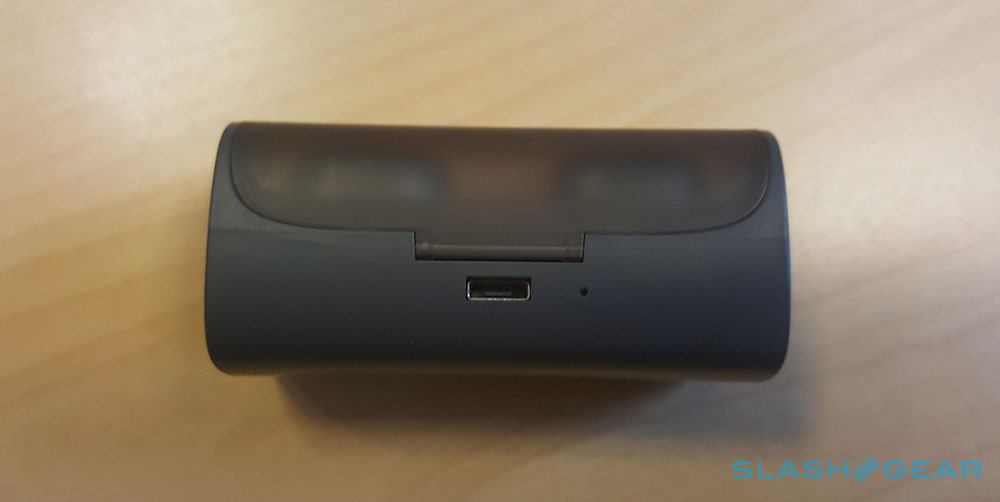 The earpieces themselves are oval-shaped and quite small compared to traditional Bluetooth headsets. No one will notice you’re wearing them if you have your hair down (assuming it is long enough to cover your ears), or if you’re wearing a hoodie or similar hat. The biggest give away is the dark color – a white pair is available, though – and the small white LED that blinks regularly to indicate its status. 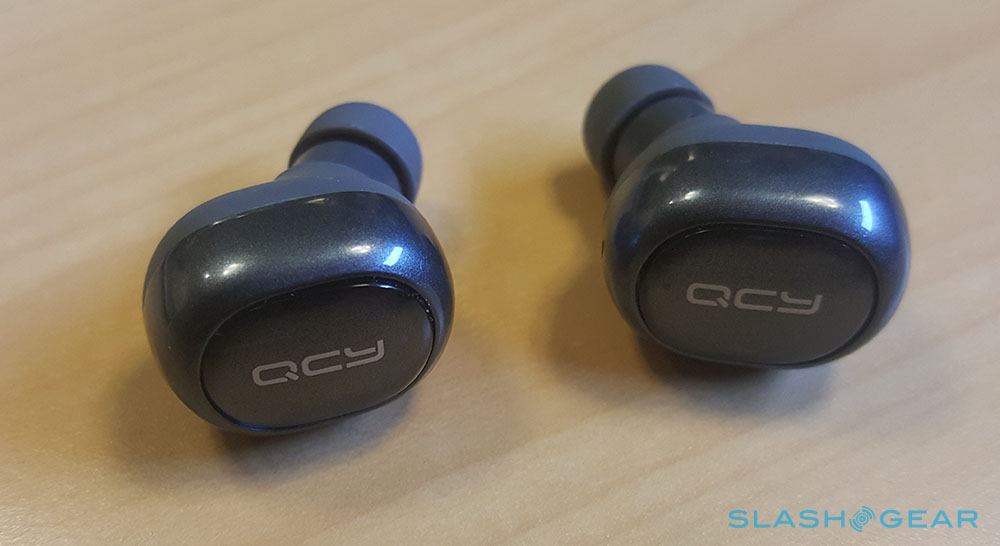 Both earpieces feature an integrated microphone — you can connect just one, either the right or the left piece, and use it as a mono headset for taking calls. The ear pieces alerts you to incoming calls and reads out the phone number. Pressing the button on the earpiece answers the call, and pressing it again ends the call. It’s all very simple. 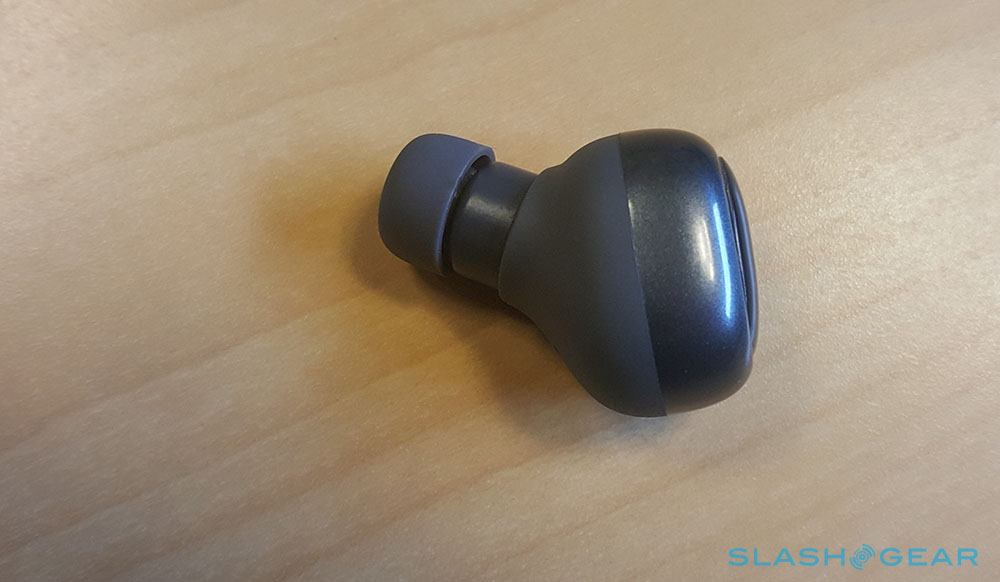 Using both earpieces at the same time, meanwhile, involves taking the right ear piece out, turning it on and connecting it to the phone, then removing the left ear piece from the case and waiting for it to connect to the right ear piece. There’s also a manual connection option which involves pressing the buttons on both ear pieces until they flash white, then moving them close together until they connect. 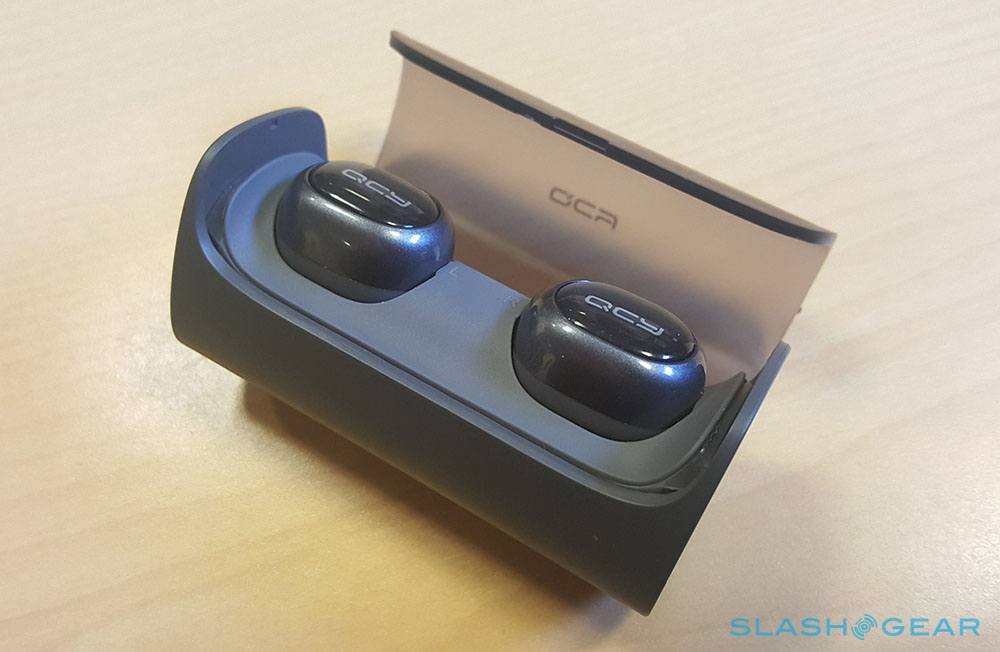 As far as design goes, there’s nothing to dislike about the QCY Q29 pair. I find they fit well in my ears and I’ve not had any issues with them coming loose or falling out. In the same vein, charging the carrying case and then slipping it into your pocket is about as easy as it gets. I’ve used the Q29 set both as a mono ear piece and as stereo earbuds, and I’ve been pleased with the results in both usage scenarios.

As a mono earbud/headset, the QCY works great. Callers reported no trouble hearing me speak, though you can’t use it in windy situations, as the microphone is more or less exposed. The snug fit coupled with multiple ear tip sizes allows you to block out as much ambient noise as you’d like. I found the mono earpiece great for listening to turn-by-turn directions without disturbing others in the car.

Audio quality is surprisingly great, much better than I expected for the price. While the highs are a tad muddied (though not much), the bass is strong but not overinflated, and audio rings through clearly and easy to understand. I’d compare the audio quality to that of the JVC Marshmallow earbuds. Podcasts and other spoken content especially sound great.

Connecting the units to my phone was very simple the first time, took less than 30 seconds, and worked exactly as the small quick start guide detailed. The issue I encountered started after the first charging session — after removing them, only the right ear piece could connect, or the left, but neither at the same time.

It took a bunch of trial and error to figure out what I was doing wrong — I had to remove them from my phone’s Bluetooth list, then turn them off, then put them in the case, and then remove the right one first and connect it before removing the second. After figuring this out, pairing was straightforward.

The final question here applies to both the QCY and this style of earbuds in general: are they practical? The answer is, as with most things, it depends. I quite like this variety of earbuds because there is no wire to get caught in anything — my hair, a hood, etc. That also means there’s no wire to get twisted or broken or to develop a short. On the flip side, it’s much easier to lose a single ear bud than a tethered pair.

The low battery life, relatively speaking, is the big hitch here — you’re going to charge these more frequently than tethered Bluetooth earbuds, and obviously wired earbuds don’t require charging at all. If you’re in a situation where popping the earbuds in the charging case every few hours isn’t a big deal, then this is a non-hassle. If you’re nearly finished with a three hour podcast, however, only to get the low battery warning, it is quite inconvenient.

These earbuds were relatively issue-free for me, sans my troubles getting both earpieces to connect together after charging the first time. My experience is not unique, if we’re to judge by verified Amazon customer reviews, but it is also not the norm — some people report issues with battery charging and connectivity, so your mileage may vary.

My expectations for the QCY Q29 were low, to be honest, and so I was pleasantly surprised. The audio matches the quality of my everyday-use JVC Marshmallow earbuds, perhaps even exceeding them slightly on the deep end of the audio spectrum. The ear pieces are relatively small in the ears, and they don’t feel loose or heavy… in fact, you forget they’re there after a little while.

However, the price is fairly substantial at about $73 USD on Amazon, and you can get a very nice pair of wired earbuds for that price. The question, then, is whether the low battery life is a sacrifice worth making in exchange for untethered freedom. For me, that answer is yes, and the QCY Q29 are suitable for the task.