Today the iPhone X was named monarch of the first quarter of 2018. Strategy Analytics named the iPhone X leader of the pack in their latest analysis of the global smartphone market. In their report, we see clearly why Google’s preparing Android and Chrome with notch-friendly software adjustments. In today’s reported market numbers, we see iPhone X as the clear leader in smartphone sales – by a significant margin.

You’ve got to go down to number 5 on the list of best-selling smartphones in Q1 to find a non-Apple device. The 5th entry on the list was Xiaomi Redmi 5A, an extremely low-priced Android device that’s taken China by storm. After that, the Samsung Galaxy S9 Plus isn’t doing particularly bad for itself. 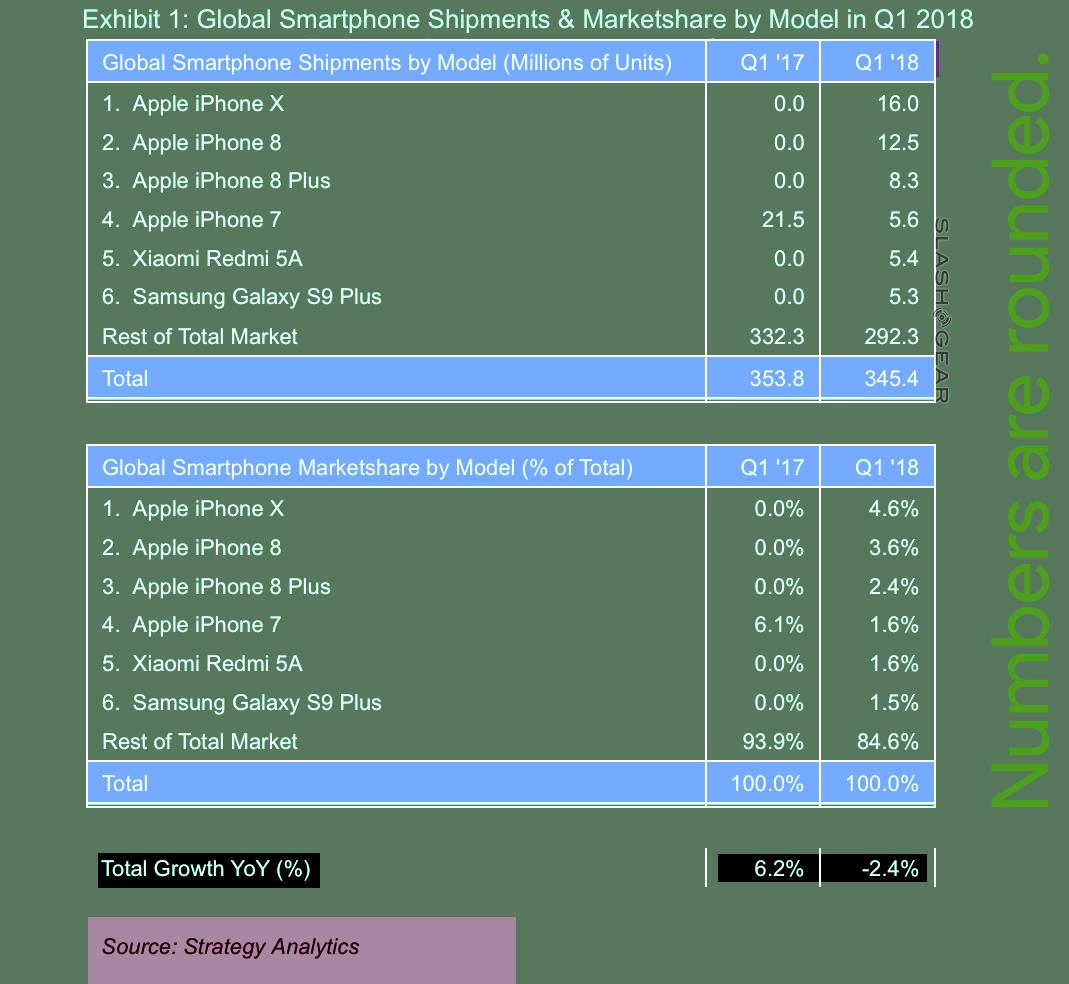 With the iPhone 7, we can see that the first quarter of 2017 had the phone commanding a whopping 21.5-million units. In that quarter one year ago, 21.5-million units accounted for 6.1% of the market – for one device. Here in Q1 2018, no one smartphone has that great a command over the market.

It’s important to note that in Q1 2017, according to Strategy Analytics, Apple’s two top-5 entries on this same list accounted for 11% of the market. Those were the iPhone 7 and the iPhone 7 Plus, and the latter of these racked up 17.4-million units shipped.

The numbers tell a very, very strange story indeed. One where Apple’s expansion of smartphone units makes up for an ever-so-slightly larger command of the market, but a big change to the top of said list. In any case, Apple’s strategy continued to work through Q1 2018, and it’ll be interesting to see how they change their ways through the next year – surely they can’t keep going up?