Project Fi: is it right for you?

Now that we’ve got Project Fi up and running from Google, the world is abuzz that a major tech company would dare to challenge carriers on their own turf. It might be a cool concept, but is it worth switching from your current plan to hop onto Project Fi? There are a lot of really cool nuances to Fi, like the ability to buy data as you need it and WiFi calling, but is that good enough? We take a closer look.

An MVNO is not quite a carrier

We’ve covered just what an MVNO is in a previous post about Project Fi, so if you’re not quite sure — give it a read. If you need a tl;dr version, an MVNO rents space on a carrier’s network, so they’re subletting. Service may or may not be as good as the carrier’s own plans for that reason.

How do I decide if I should even think about Fi?

First, check out the Project Fi coverage map. Second, hit up Open Signal and check service in your area to cross reference Google’s data with crowdsourced info from real users.

Also, at least for now, you need a Nexus 6. If the stars align for you, you can now consider Project Fi. But keep reading — we’re nowhere near done yet.

One of the better aspects is that Fi works internationally, so your plan data is goo in over 120 countries. Awesome!

You also pay only for what you use. If you only need 1GB data each month, that’s all you pay for. If you don’t need data, the core Fi plan is only $20, which gets you calls, texts, and WiFi tethering as well as International roaming.

Fi also finds the strongest signal and links to it, and promises your WiFi-to-LTE movement won’t have any stutters or dropped signal. 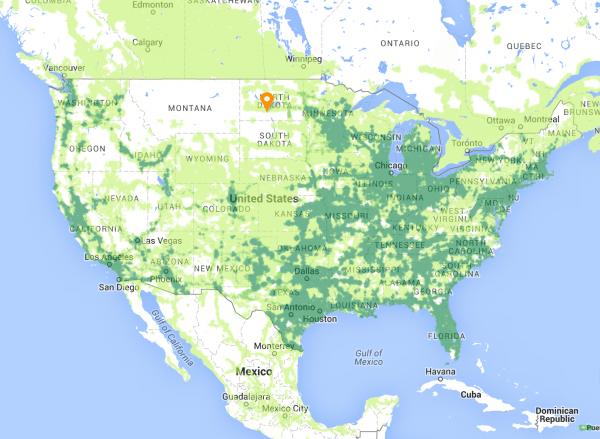 As an MVNO, Fi is subject to the potential of being second-class on the networks it works on. We know it works on T-Mobile, and Sprint is also believed to be the second partner for Fi. That leaves AT&T and Verizon — the two carriers with the most coverage stateside — out.

International roaming is nice, but Fi limits you to 256kbps when you’re in another country. that’s can-and-string speeds compared to what you’re used to. Fi is also only open to US customers.

You need a Nexus 6 for Fi to even be considerable, and it’s invite-only to people who are in the coverage are for now. That’s a really small sampling, and likely not you. 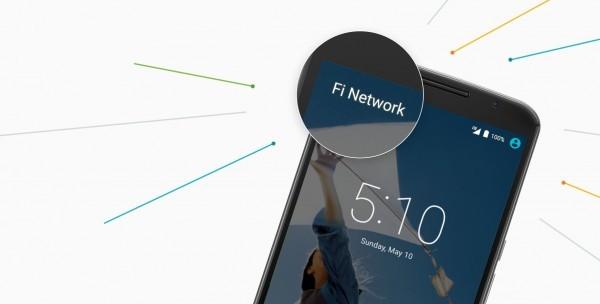 How does Fi stack up?

To be equitable, we’re going to compare Fi to prepaid service, as that’s essentially what it is. We’ll also keep it to major providers and find plan that closely resemble what you could get with Fi, otherwise we’ll be here all day. Keep one other thing in mind, though: while Fi is month-to-month, you also pay fees and taxes on. Prepaid plans via carriers typically don’t have added cost.

Cricket: $50/month gets you unlimited talk, text, and 5GB data with unlimited calls and texting to Canada and Mexico as well as texting to 35 more countries.

AT&T GoPhone: $45/month plan has unlimited talk and text with 1.5GB data, and includes unlimited text to over 100 countries.

Sprint: Unlimited talk and text with 1GB data is $35. Prepaid via Sprint is US-only.

T-Mobile: $50/month gives you 3GB data and unlimited talk and text. No international calling or texting is included, but can be added on for as little as $10/month, but the $15/month add-on is closer to Fi, so we’ll say $65/month is a close representation.

Note: these are all ‘bring your own phone’ plans, so a Nexus 6 isn’t needed, but also may not work with these carriers. Check with them about which phones can be used before marching into a store.

These also aren’t all the prepaid plans you can grab. I enjoy my $30/month T-Mobile prepaid plan, but it only provides 100 minutes of talk. I don’t chat much away form WiFi, though, so it’s perfect for me (I enjoy more data).

Fi will democratize service, but for who?

Perhaps the biggest draw for Fi is that you pay for the data you use and nothing more. It’s a bold bet from Google, even if it is in a limited beta mode right now. It also addresses, in its own way, much of the gripes carriers have about users.

Remember Verizon’s plan to make sure data hogs didn’t use so much bandwidth, which had the unfortunate side effect of being really shady? Fi would solve that.

Or hey, what about AT&T throttling unlimited plans? Yeah, Fi would address that, too. Paying for the data you use would have you seeking a WiFi signal, which Fi automatically finds for you.

Though it’s a nice idea for those who use little data, or have varying data needs, it’s something carriers could potentially glom and manipulate as a way to take advantage of customers. Verizon and AT&T (oddly the two carriers not involved) have already tricked us out of unlimited data plans. Is pay-as-you-go data next?