Prizm may be the sleeper hit of CES 2016

The setup for this device is relatively simple. You’ll want to position the device in a place where it can detect wi-fi signals in a room. You’ll also want to be able to reach it, physically, since you may be tapping it. The heart touch-sensitive side of the Prizm means you like a song, the “x” means you do not.

Volume keys are also right up front and center. 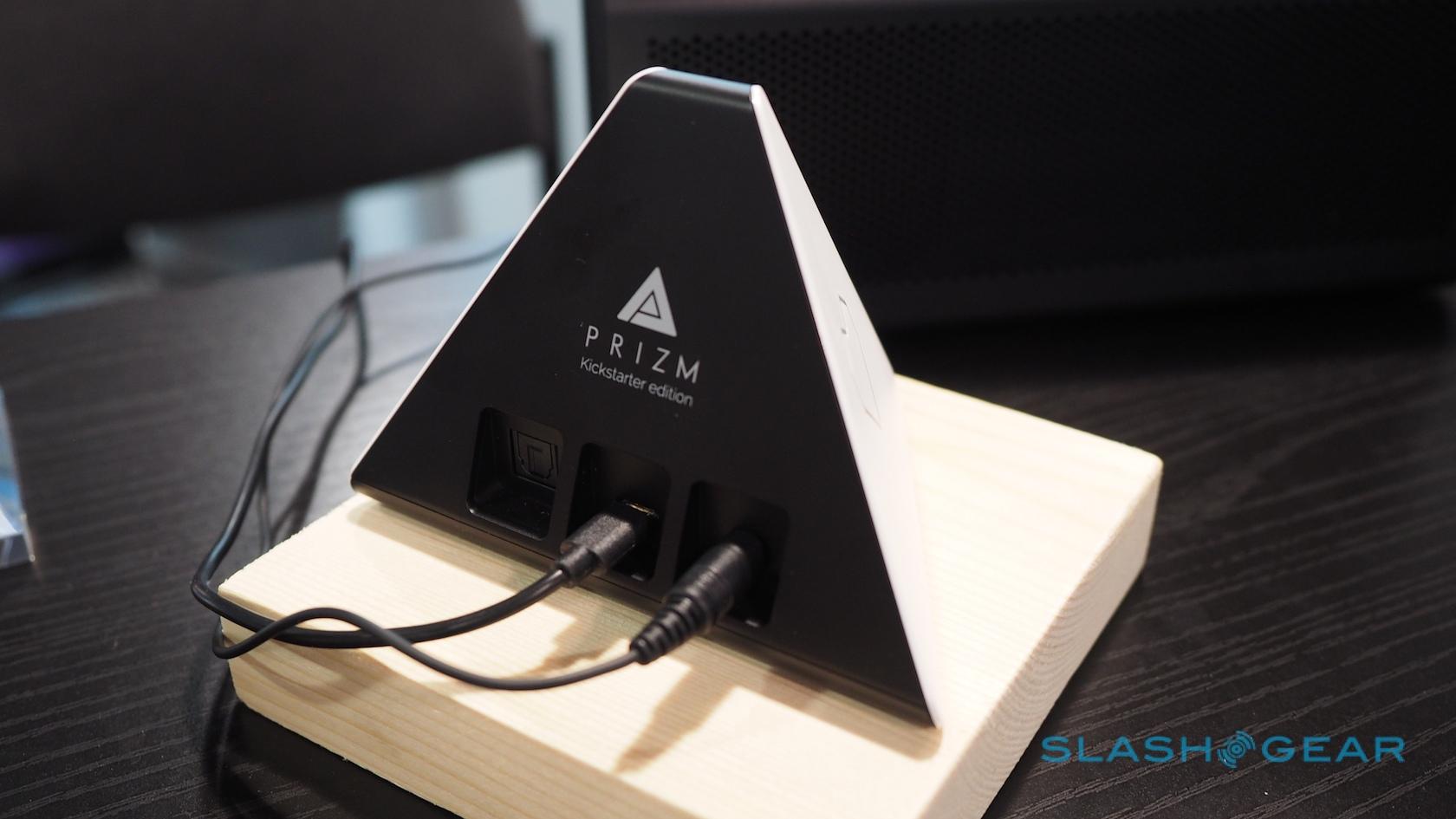 Prizm seeks out the music programs you use and locates your playlists. Based on music you play most and music you’ve chosen to be on playlists in the past, Prizm plays its own custom playlist of music for you, automatically.

Based on the people in the room, this playlist is altered. If it’s just you, music will be played according to your tastes, while if your best buddy steps into the room, music according to his or her taste will begin to be strewn into the custom playlist. 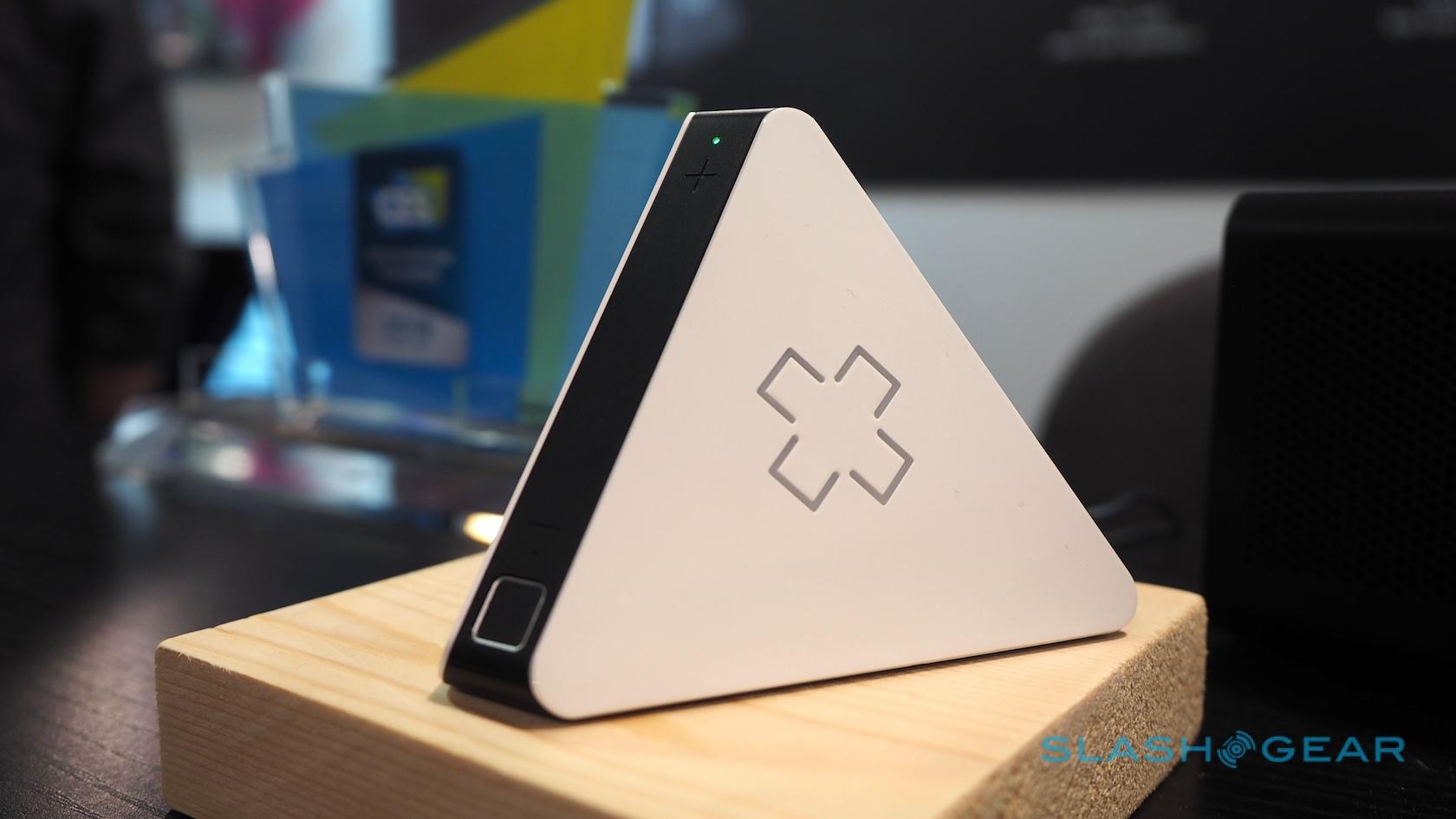 Once you reach 5 or so people, the music is going to be fairly “nobody could possibly hate this” sort of music.

Prizm also has a microphone that allows it to listen in and judge the mood of the room, adjusting music accordingly. Once a group of people are in a room, and Prizm can detect that you’re likely having a party, it’ll ramp up the beats with more party-friendly music. 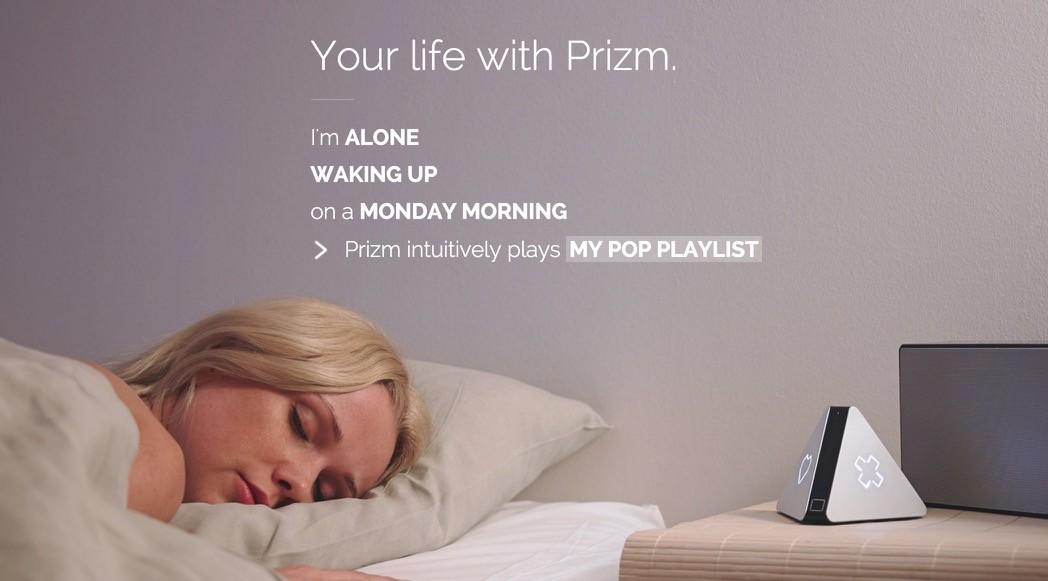 How does it know who is in the room?

Prizm detects Wi-fi signals – from your phone, for example – and matches them up with previously-detected signals accordingly.

The first batch of these devices are being sold on an invite-only system for a cool 149€ apiece – that’s right around $162 USD. According to the Prizm homepage, the first batch is expected to be sent out in “early 2016”.