Earlier today the news broke that one of the most popular World of Warcraft emulation servers is being taken offline. The reason that it’s going dark is due to the threat of legal action from Blizzard against both the team running the server, and the hosting provider that keeps it online. While Blizzard is legally in the right, it does bring up some interesting questions about the way MMOs change over time.

When I first started playing WoW, it was not long after The Burning Crusade came out. I had reasons for not getting into the game prior to this point, but after watching the South Park episode Make Love, Not Warcraft, I took the plunge. I convinced a few friends to join up with me, and we had lots of fun playing the game together. After a while life would get in the way, and I’d leave for a while, only to come back after a new expansion would come out. But I kept noticing a strange trend. As time went on, the game was changing in ways that I didn’t like.

A few months ago I logged back in to get my character up to 100, and even made a new alt to play through with someone. I found that most of the things that I enjoyed about the game were long gone. Dungeons didn’t require any sort of skill to get through, there was very little need for social interaction, thanks to the Dungeon Finder, and things like levels and mounts were handed out like candy. 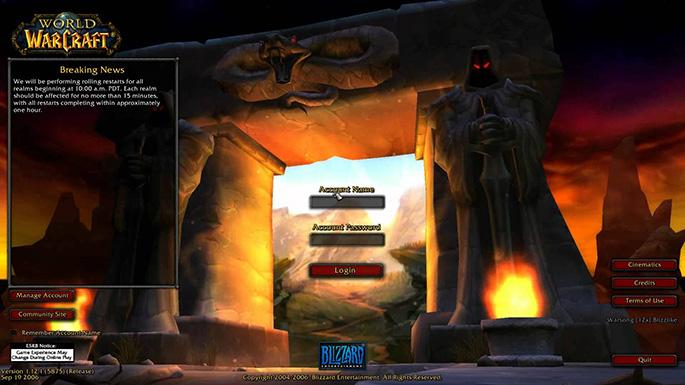 I could go on about my critiques about WoW, and why I think those changes happened, but that’s not really the point of this piece. My point is that when I went out and spent money on World of Warcraft, the game I received is not the one I have access to anymore. So how do I play that game that I paid for?

From a legal perspective, I can’t. I paid for a game, and a service that is constantly evolving. And one day, it will cease to function. It’s hard to come to grips with that fact, so hard that people justify running actions such as running the Nostalrius vanilla server. And honestly, I don’t blame them. I’ve honestly considered seeking out a vanilla server to rekindle that joy I had for a game that’s now turned into something drastically different.

So running a private server for a game like WoW is technically illegal, and even morally it remains in something of a grey area. After all, Blizzard isn’t receiving any money in exchange for you playing on a private server. And since they do still offer WoW subscriptions, you’re not paying for something that you’re using. But what about games that are no longer online?

While I’ve spent many hours playing WoW, it’s not my favorite MMO. That title still sits with Star Wars Galaxies. A game that I enjoyed so much, until SOE decided to change it to become more like their biggest competitor, WoW. After the NGE changes, the game went drastically downhill, until it was eventually closed down. 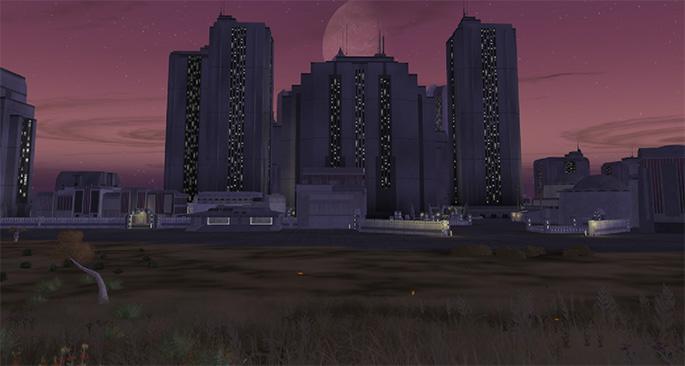 The game’s servers went dark on December 15, 2011. And since they’ve been offline for four and a half years, is it legal to play on a private server? And is it morally right to play on one of those servers? There have been quite a few different Star Wars Galaxies emulation projects over the years. There have been a lot of hurdles to get the game back up and running, and I’ve reached out to one of the previous developers of the SWGANH project, Apathy. He gave me his thoughts on running and playing private servers:

As a developer of a fan based mmo emulation server, i think people who enjoy a game so much they’ll put significant amounts of time into bringing it back, should be allowed to do so if they aren’t soliciting money. Where I see most projects go wrong is when they host player communities as well and look to mitigate hosting costs through donations. For communities where the developers are paying for these resources out of pocket though, I don’t think its right for companies to come in and take down that effort. Developers of these projects are usually the biggest fans of the game and doing so does nothing but alienate those players.

I think he brings up a couple of very valid points. First, the people that turn to these types of servers are usually some of the game’s biggest fans. They’re trying to relive an experience that brought them so much joy. And honestly, they want a specific experience that they can’t pay a company for, anyway.

The other good point is that a difficult issue for people running these types of servers is that they do cost money to host. If they’re taking any sort of money, even if its sole use is to pay for hosting services, a company like Blizzard can see that as lost profits, and feel compelled to shut them down.

Ultimately, because Blizzard does own the rights to World of Warcraft, they have every legal right to shut down servers like Nostalrius. However, perhaps they could see this as an opportunity to re-engage players that have left due to the changes made over the years. The mere fact that 150,000 people are still active on a vanilla server shows that there is an interest. And that’s just one of the more popular servers. It makes you wonder what would happen if Blizzard offered their own vanilla server. How many people would come back, just to re-live those old experiences?