If wearables is one of the biggest fads at CES 2014, PrioVR’s video game controller setup must be the most all-inclusive. Working with sensors on the arms, wrists, torso, and head, along with a couple of Nintendo Wii Nunchucks – one for each hand – this setup from YEI Technology allows you to be fully immersed in the game you’re playing. First-person shooters, anyone?

While what we’re seeing for now works with the PC gaming universe, the team behind this setup is not ruling out current generation consoles like Xbox One and PlayStation 4. This controller may use a couple of Wii Nunchucks, but it’s going to be restricted to the gaming PC for the time being.

The PrioVR setup being shown here works with the Oculus Rift VR headset as well – they’ll be showing more integration soon. For now we’re seeing how seemingly flawless this current implementation really is. 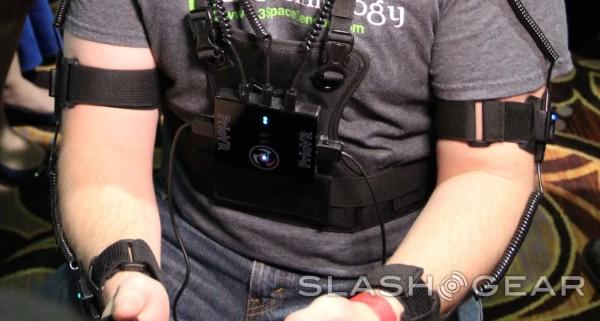 For those of you that contributed to this group’s initial KickStarter funding venture – which didn’t quite make it – take heed: they’ll be having another go at it in the near future. This version will be appearing with essentially the same setup – with a few improvements – coming in February. 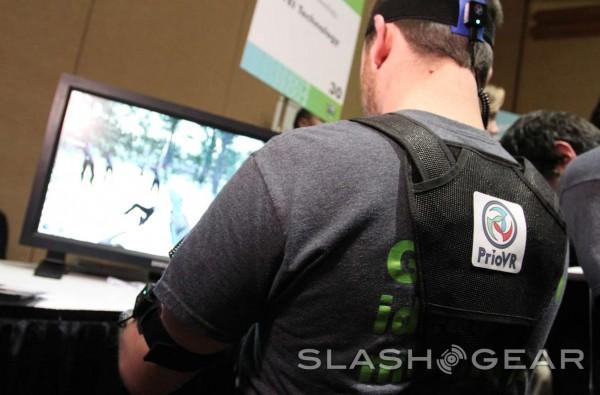 As for the final version of the controller for the public – YEI Technology has suggested that it may be coming as soon as this summer, though it’s not entirely clear if that’s only if the KickStarter goes through or not. We shall see soon!