There are now two Portal games out there in the wild, both of them created with Valve ultimately simple concept of a factory testing technology on you, the player – but that’s not all the writers on the team had in mind at one point or another. As all games begin with an idea, so too did Portal 2 begin with a notion that even though Portal could exist as a one-off game, it certainly didn’t need to. Speaking up this week at an event in San Francisco, Valve writers Chet Faliszek and Erik Wolpaw spoke on how iterations of the game Portal 2 existed in which there were no portals, no character Chell, and no GLaDOS factory at all – a maddening set of realities indeed!

Faliszek and Wolpaw spoke on how taking out GLaDOS was only a momentary possibility, with play-testers essentially having a heart attack over the idea that their beloved love-to-hate robot was not present in the game. As it turns out, it was the developers of the game that wanted GLaDOS out, simply because working with that same tone of voice for years on end has a negative effect on the brain of whoever’s working with her. For the players though, it’s a must have for short-time use.

The character Chell is renowned for her uncommon not over the top sexualization as well as her unique not talking at all in the game situation. She is who you are, you being the first person protagonist in the game, and as the storyline goes now in Portal 2, you’ve got a very similar situation going on compared to what you had in the first Portal game, where an early iteration of Portal 2 had a completely different human female with a different colored jumpsuit than in the first game and with long hair – clearly not the same character. Her code name was Mel, and play testers apparently enjoyed being her until GLaDOS showed up and didn’t know who she was. 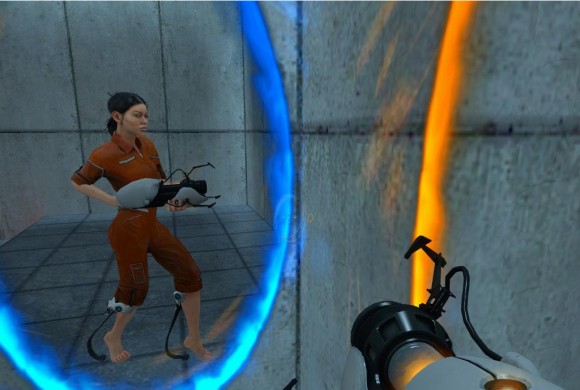 Next there’s a mythical “F-Stop system” that for a period of time replaced the portal gun entirely. Valve did not go into detail on this system, but we’ve done a bit of research on what the system could be and have had some strange discussions with Valve fans galore on the reality of the technology in the wild. What F-Stop appears most likely to be is a reflection of what an f-stop is on a camera, that being the focal length of a lens divided by the aperture diameter. In practice here in the game, it’s a change in size through portals – two different sized portals, moving an object through makes the object smaller.

“I believe it would involve some kind of photography gameplay, where changing the f-stop (aperture opening), it would alter the world in some way, for example, darkening the scene to eliminate a bright obstacle, or changing the DOF so that you can pass through an obstacle in some way.

Valve have said little about it as they might incorporate it into a future game, and I’d be more than happy for it to be a prequel to portal without portals, and tbh, if they don’t do it, they should at least release a tech demo they made playtesters try, so we can see what it was all about and what we’re missing out on…” – WilliumBobCole 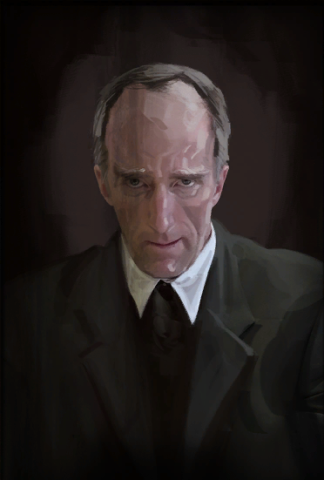 One of several alternating story lines revealed in this talk was a Cave Johnson reality in which the protagonist, known as Cave Johnson – the founder of Aperture Scienc of course, explores the environment of a pre-1980’s world before Aperture’s destruction in the first Portal game. This Version of the game would have GLaDOS, but would only be a bit of storyline with fancy “small print” statements adding bits like, as Wolpaw said, “show[ing] you puppies while talking about rectal bleeding.” That’s a 1980s we’ll leave to the past.

Another version had the robot orb Wheatley being dropped down a flight of stairs with GLaDOS essentially busting everyone’s favorite robot to show her evil. There’s a sequence out there with not just Wheatley being busted up, but with a random Valve employee speaking his lines in place of the voice actor that was eventually chosen, Stephen Merchant. This sequence and that voice will never be released by Valve, so says Valve.

Another robot made for the game but never released was one known internally as Morgan Freeman Sphere. This bot was one of many whose fate it was to sit eternally in a 20 x 20 room, contemplating the room and learning all there was to know about it. When you entered the room, the bot would answer any question you had about it, regaling all the excellence there was in the room, but freaking out at the idea of even peeking outside the room. There’s a disease named after that.

Endings to the game were a big bit of the discussions before the final version of the game existed, one of them being the epic moon death sequence. Perhaps you’ve heard of your portal gun being able to shoot through a crack in the wall, hitting the moon with one side of a portal, your other end leading you there for a quick and painful suffocation?

One of the bits that eventually made it nearly in-tact to the final build of the game in the same manner in which it was first tested was the two-robot cooperative mode. Another iteration of pure madness had GLaDOS battling these two robots against one another for all eternity only to realize that without human observers, all the collected research she would do would be meaningless.

GLaDOS decided to send her robot minions out into the world in this iteration of the game to collect artifacts from the human world to learn how to be more human. In this world, one of the robots returned a strange iteration of a Garfield comic, drawn by Nedroid, and a plot was built around changing the comic. In sort of a mini plot line, none of the robots can find any humor in the comic and GLaDOS makes modifications which include having each of the characters in the comic strip murdered.

Then there’s the fabled competitive multiplayer mode – this was a reality at one point, said the Valve duo, but it just never panned out. As Wolpaw called it, multiplayer competitive mode in Portal 2 was:

“A cross between Speedball 2 and Portal, except with none of the good parts of either.” – Wolpaw

Unfortunate for lovers of strange unused bits of pre-release versions of games, Valve’s Faliszek noted that the final version of the game is all they’ll ever be releasing for Portal 2. They’ve put the best versions of everything into the game, and none of the older versions will be popping up anywhere in any kind of finished product, these stepping stones leading to only one place: the Portal 2 we already know and love. 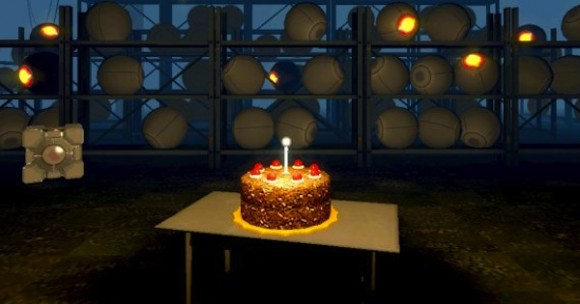