Porsche is giving its classic car owners an Apple CarPlay upgrade, with a new set of replacement radios bringing 21st century tech to vintage rides. The two Porsche Classic Communication Management (PCCM) head-units are designed to slot into the space where an old FM radio or CD player (or even a tape deck) might have been installed at the factory.

It’s not Porsche’s first ride in this particular vintage rodeo. Back in 2015, in fact, it launched a new navigation system for its classic models, again fitting into a 1-DIN slot to suit older vehicles. Back then, however, there was no CarPlay support, with the system designed instead to simply add GPS and Bluetooth.

This time around, the new PCCM keeps what worked about the old systems but upgrades the tech. There are two rotary knobs and six integrated buttons, for the look and feel of the original radio. However to that, Porsche adds a 3.5-inch touchscreen. 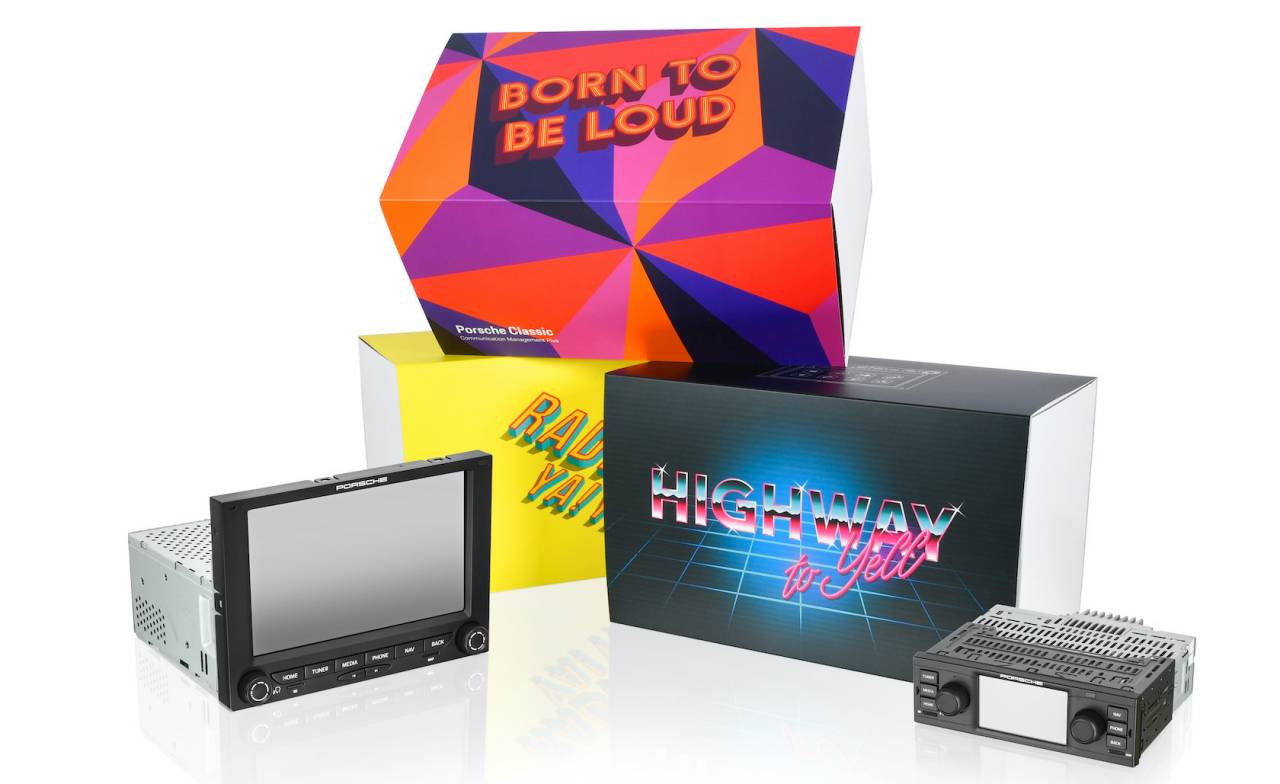 It’s small, yes, but it’s still enough for baked-in navigation with points-of-interest search, along with route guidance using a simplified 2D or 3D view. For Europe, there’s DAB+ digital radio integration as well. Connectivity includes SD card, USB, aux-in, and Bluetooth. Plug in an iPhone, and you get Apple CarPlay too, though sadly there’s no wireless CarPlay option.

Porsche says the new PCCM is compatible with the first 911 models all the way back in the 1960s, through to the last of the air-cooled 911 from the start of the 1990s. That’s the 993 model series, if you’re familiar. It’ll also work in earlier front- and mid-engine Porsche cars, too.

For those with a more more modern, 1990s 996-generation 911, or a 986-generation Boxster, meanwhile, Porsche’s second head-unit upgrade should fit the bill. It’s designed to fit into a 2-DIN slot, taking advantage of that double space for a much larger 7-inch touchscreen. 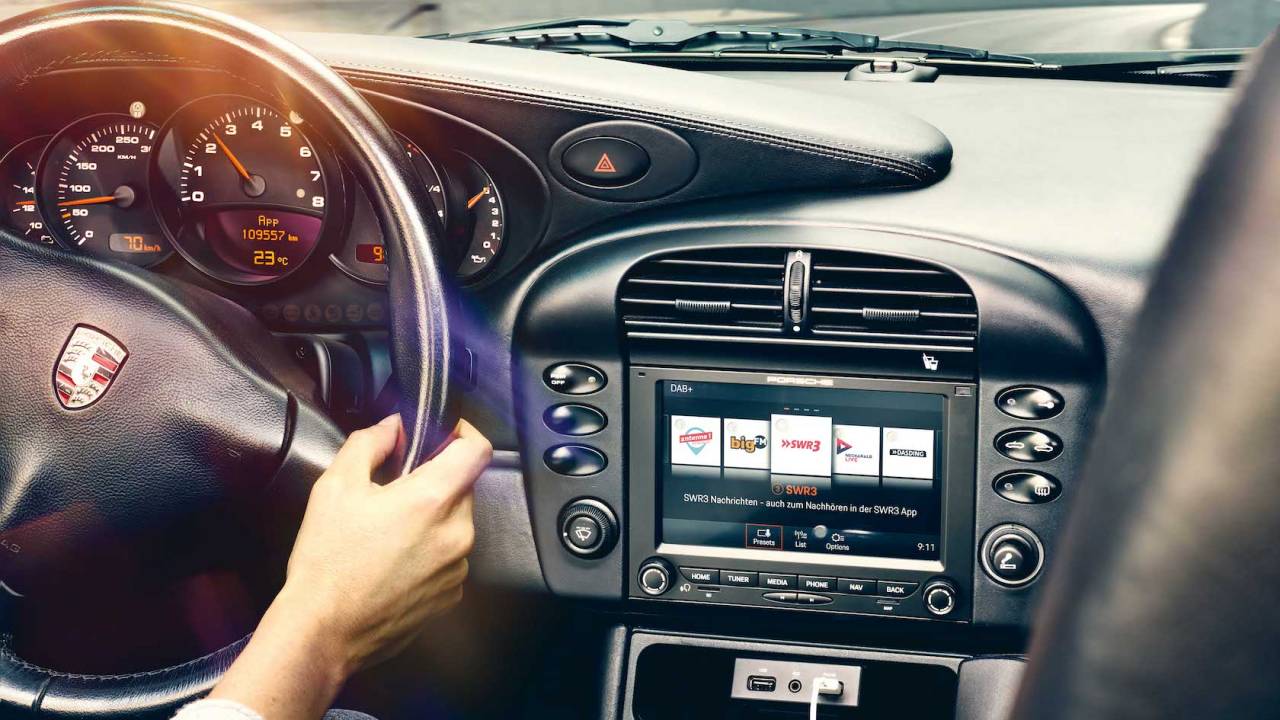 It’s designed to blend in with the controls in cars of those eras, matching the knobs and switches. It’ll also play nicely with their existing amplifier, speakers, and antenna, and any in-cluster navigation display will also continue to work. 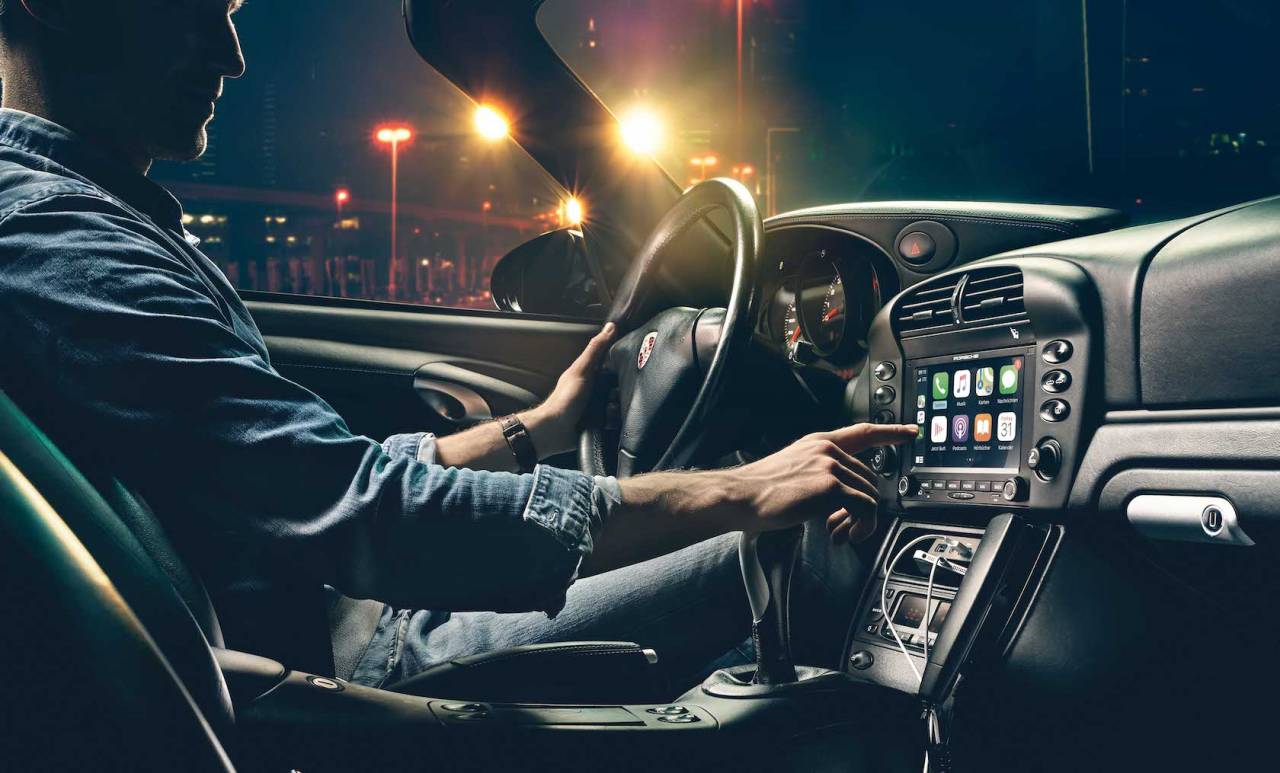 Again, there’s navigation with Porsche-specific points-of-interest, along with 2D and 3D views for guidance. Media playback from SD card, USB, aux-in and Bluetooth is supported, and as well as Apple CarPlay there’s Android Auto support, too.