Polar, known for its previous GPS-equipped fitness trackers, seems to have decided to move away from scaled back, limited-function wearables, as its new M600 device is an all-out Android Wear smartwatch. This means it does far more than just tracking sleep and activity, including features like smartphone notifications, heart rate monitoring, GPS, and the ability to run any number of existing Android Wear apps.

As an Android Wear smartwatch, the M600 is in the same product segment as the LG G Watch, Moto 360, and Huawei Watch, but Polar’s emphasis on fitness and sports is still present. The device features a utilitarian design in black or white silicone, a 1.3-inch touchscreen, and its heart rate monitor features six LEDs instead of the standard two, making it both reliable and accurate.

The M600 is also waterproof and boasts of a 48-hour battery life when paired with an Android phone — it’s about half that if you’re using an iPhone. There’s also GPS for location tracking and mapping out routes, as well as Polar’s own fitness-focused software like Smart Coaching and Activity Guide. 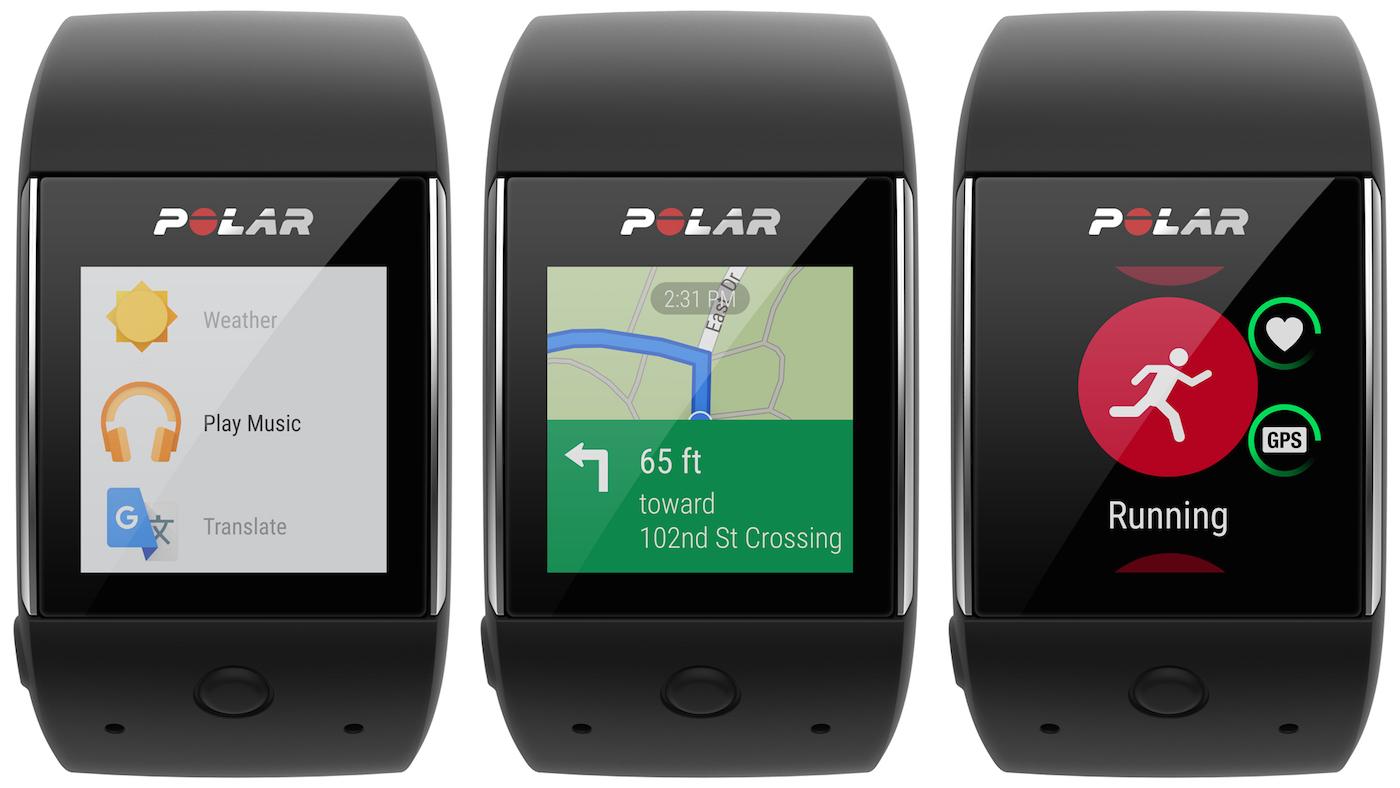 As a smartwatch, there’s 4GB of storage for music and Android Wear apps, and Bluetooth means you can connect a pair of headphones and leave the phone at home while exercising. The button under the screen launches activity tracking features, while another on the left side of the watch lets users quickly switch back to the Android Wear side of things.

The Polar M600 will be going on sale later this for $330. There will also be swappable wrist bands available in several different colors, priced at $30 each.