Today we’re taking a peek at the newest release in the Pokemon Trading Card Game, a new expansion called Evolving Skies. This set’s full name is Pokemon TCG: Sword & Shield – Evolving Skies – because we want to jam as many words in said title as we possibly can without getting absolutely ridiculous. In this set we’ve got a whole bunch of Eevee – like, ALL the Eevee, including Eevee and “all of its Evolutions in the same set.”

First take a peek at the Elite Trainer Box protective sleeve design. You’ve got the Eevee evolution action in full effect. It’s strange to see this combination of Eevee evolutions, since they’re not just the first three – they’re selected for their color, cross-generation. 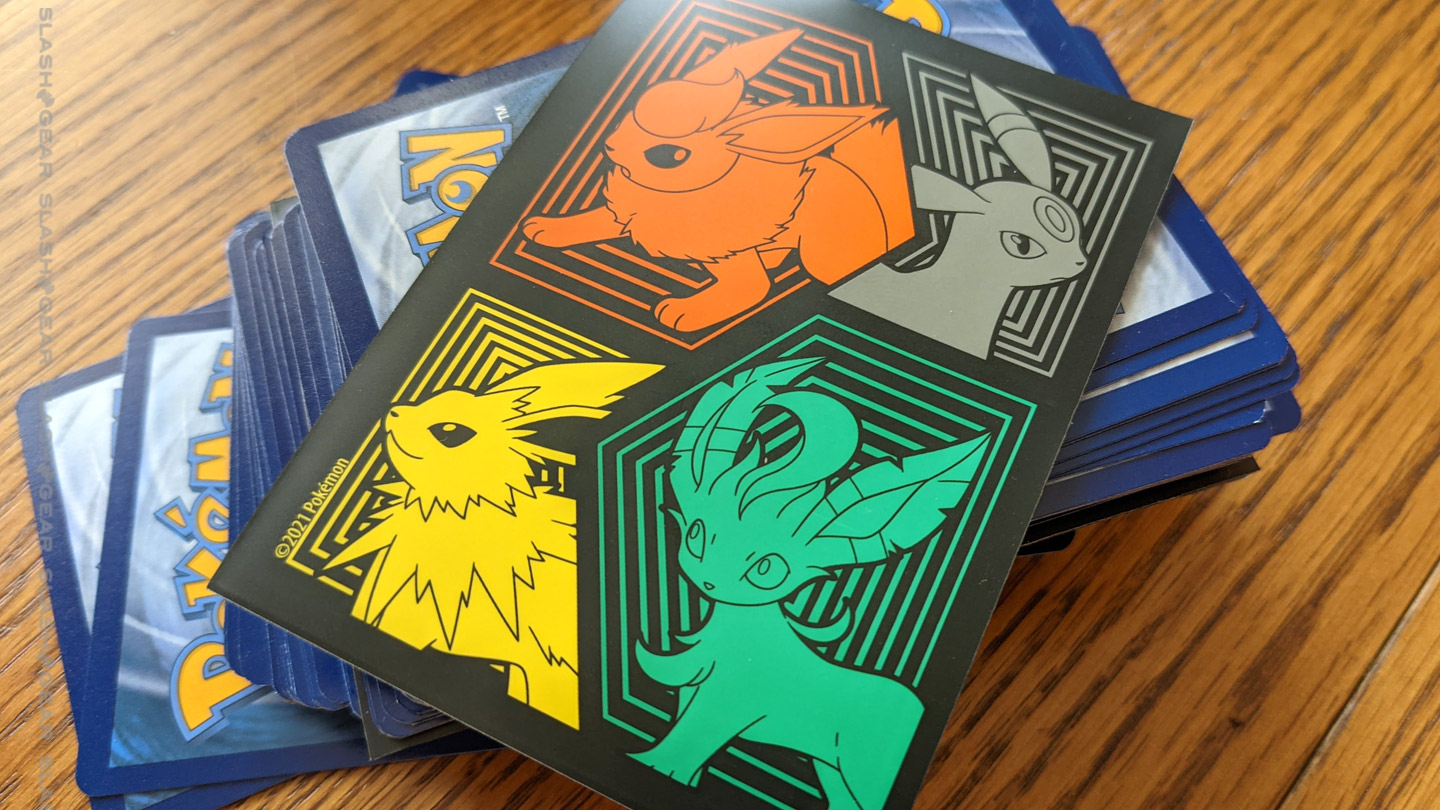 Next, take a peek at an oddity in sorting that we saw happen in more than one pack in a full booster box. As is generally the case with recent Pokemon sets, each pack has a random foil card – generally a reverse-holo common, uncommon, or rare card. In this case, we got both the reverse holo of one card and the standard version of that same card. This didn’t happen in every pack, but it happened more than once! 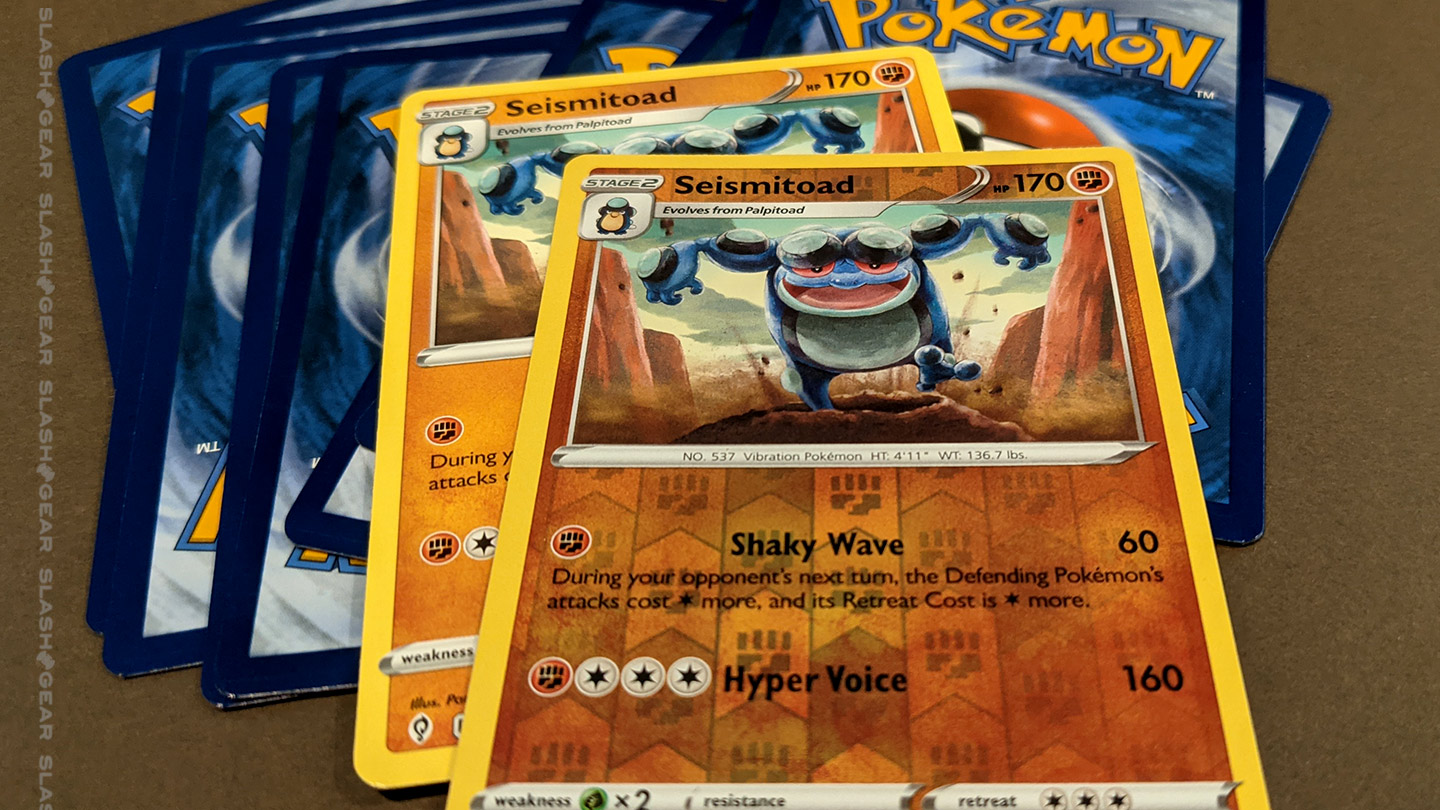 Holo/foil cards in packs continue to use the theme present in the rest of the Sword & Shield sets. We’ve got a grid of upward arrows (or banners, if you prefer) inside of which the Pokemon type can be found. When the chosen card in a pack is a Trainer card, the symbol is a Pokeball. 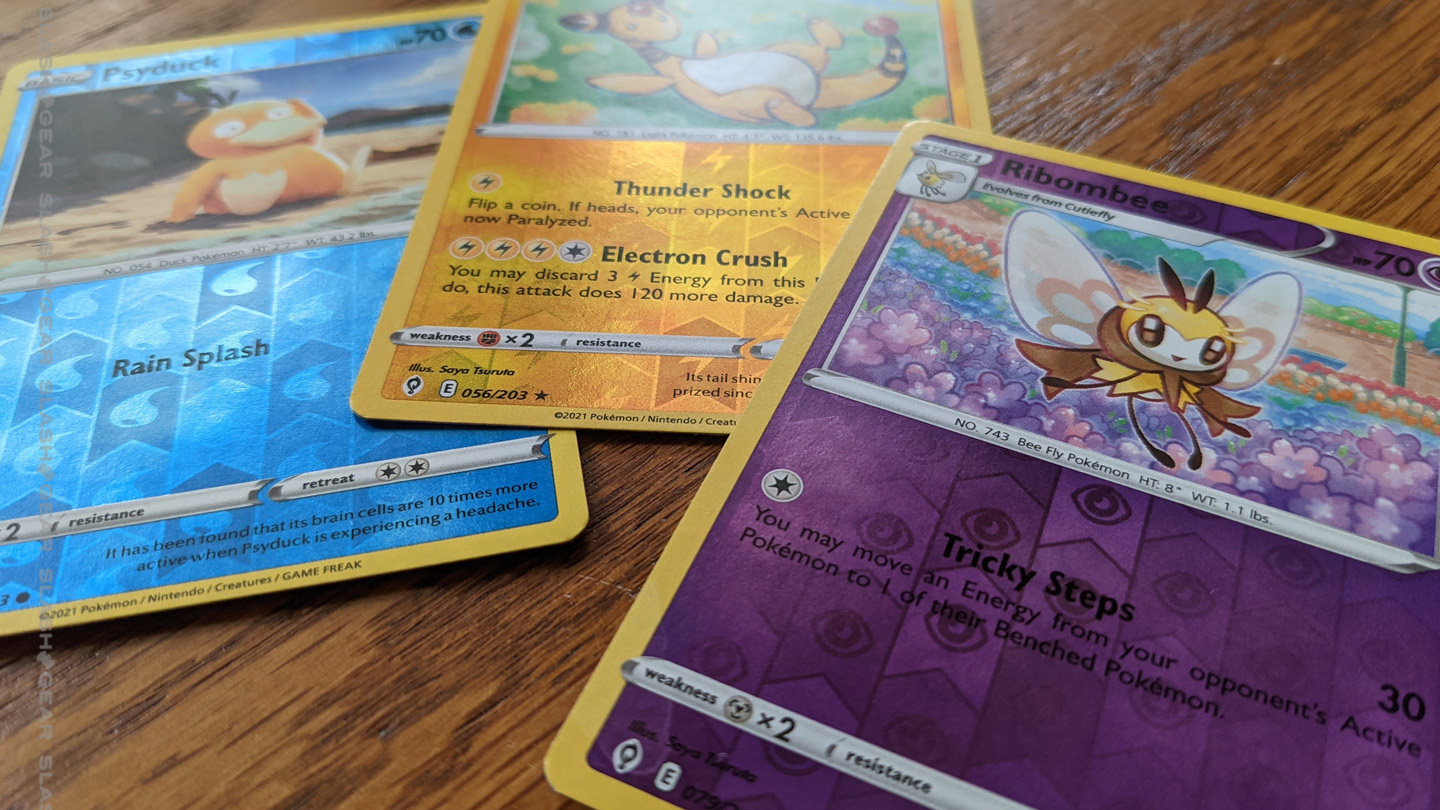 Below you’ll see a couple of basic V cards from the set. With cards like Lycanroc V and Suicine V, we get a top-notch skilled application of not only multicolor reflective foil, but of selective gloss. Some parts are flat, some parts are shiny, some parts are shiny or flat with a gloss layer. The works of art on these cards are already great on their own – the prepress skills emphasizing that artwork in each card make it clear why these cards have value in physical form. 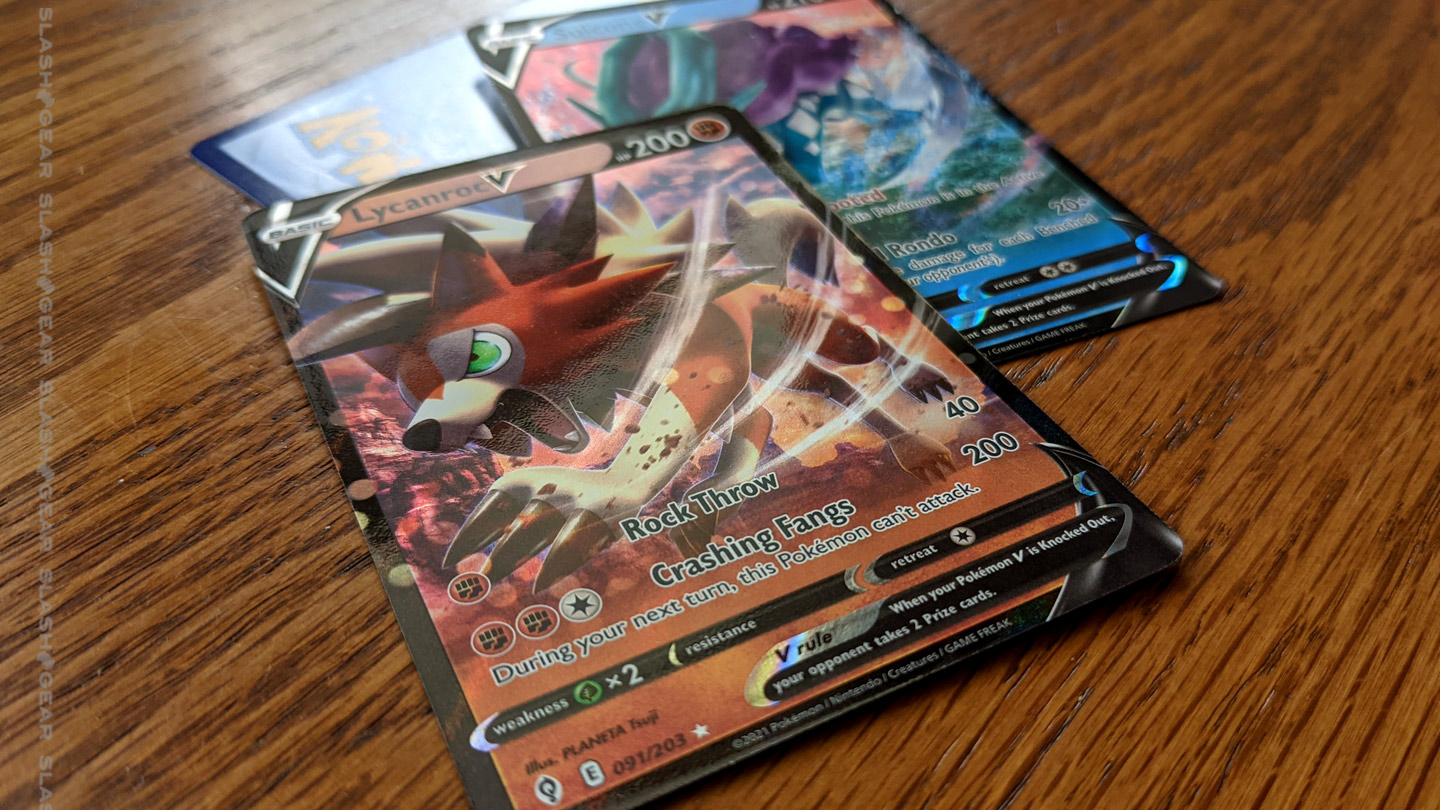 Next, some Eevee evolutions. This all comes from one Booster Box. If you’re looking for Eevee rarities and awesome artwork, this is the set for you.

If you’ll look to this Espeon VMAX in the light, here, it’ll be clear why this set is worth the effort in finding to buy. Cross your fingers and your toes in hopes you get some VMAX action for yourself.

Finally, Eevee! This common Eevee makes finding the set’s Pokemon V aplenty simple to get, as early as turn 1! Then it’s time for the Stampede.

This expansion also includes a bunch of Dragon-type Pokemon. If you’ve been waiting for a Pokemon card set that’s heavy on the Dragon-type, now’s your chance. You’ll find Dragon-type Pokemon aplenty in the set, including a brand new Rayquaza VMAX and Duraludon VMAX, too – if you’re lucky, of course.

This set has Booster Packs (in a Booster Box, which we’ve opened this week), an Elite Trainer Box (covered in Eevee!), a Pokemon Center Elite Trainer Box (also covered in Eevee), a new sort of Evolving Skies Build & Battle Box, a cute new Mini Portfolio, and Evolving Skies Build & Battle Stadium box. You should start seeing these packs and boxes and everything in stores starting this weekend.