Pokemon Sword and Shield: Why can’t we be friends?

Pokemon Sword and Shield are right around the corner and the discussion about these games in the lead up to release is, frankly, all over the place. There are a lot of angry Pokemon fans out there at the moment, as a large number of leaks have supposedly revealed a lot about these games. Make no mistake, it’s a pretty turbulent time for the Pokemon community, and it’s definitely easy to get caught up in the controversy.

Looking at the content of some of the leaks, it’s easy to see why longtime Pokemon fans have been upset. Though it seems like there’s a new controversy every day, the overarching theme to all this frustration centers on something fans have started calling “Dexit.” In short, not all of the Pokemon that have appeared in past games will be available in Sword and Shield, marking the first time this has happened in Pokemon‘s more than 20 year history.

Last week, what’s claimed to be the full Pokedex for Pokemon Sword and Shield leaked out, and if it’s accurate, there are a lot of Pokemon from previous generations that won’t be returning to the game. This added fuel to the proverbial fire, as these deep cuts only made people more upset (and understandably so). 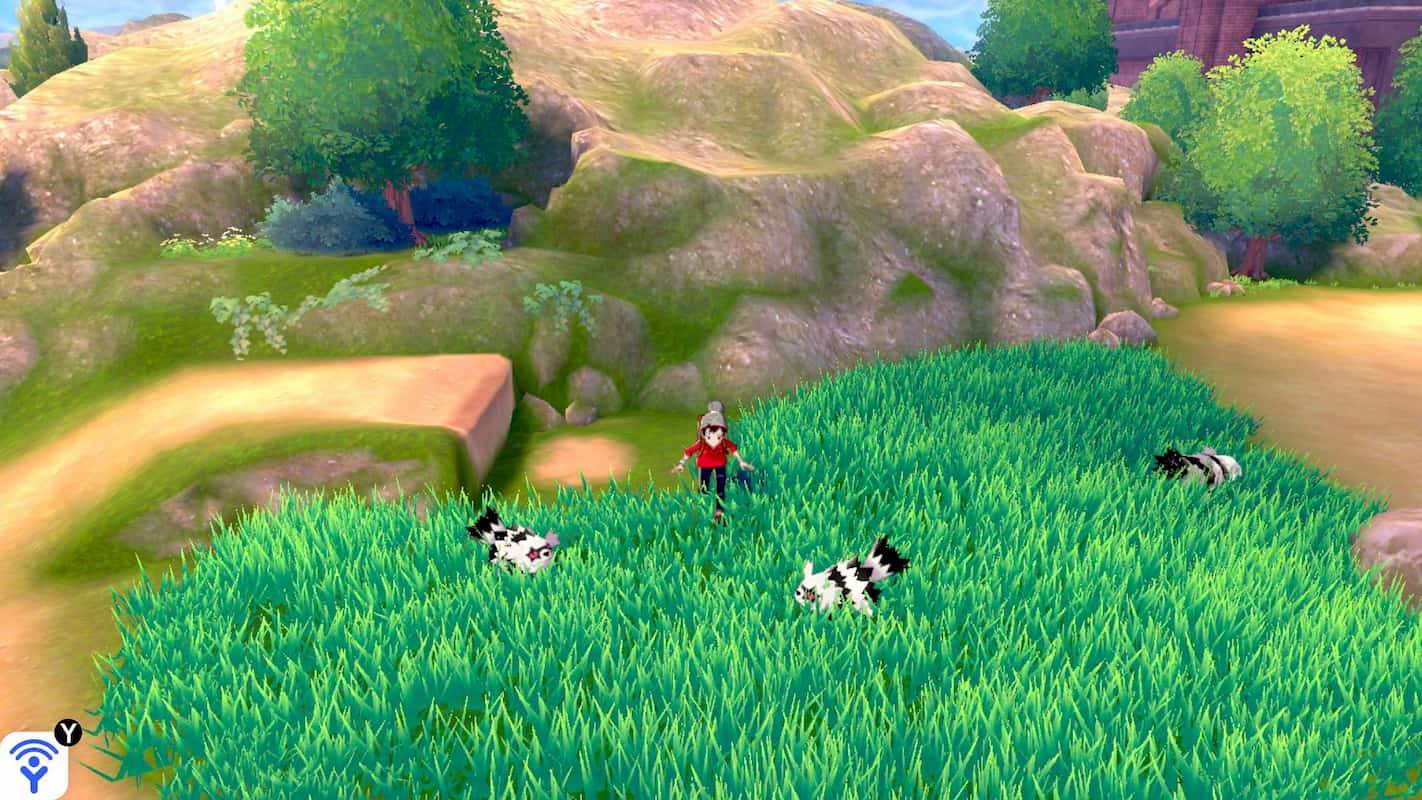 Since then, leaked copies of Sword and Shield have made their way into the wild, leading those who don’t mind operating in a way that Nintendo’s lawyers wouldn’t find acceptable to download the leaked files and report back on how Sword and Shield have changed from previous entries. With all of these leaks out there, it feels like the controversy surrounding Sword and Shield has reached a fever pitch, mere days before the games are set to release.

If you’re looking at all of this chaos and you’re still looking forward to Sword and Shield, that’s okay. There are communities online – the Pokemon subreddit being a chief example – that have largely pledged to boycott these games and have dedicated themselves to documenting all of Game Freak’s perceived slights against Pokemon fans. If, despite all of that, you’re still excited to play Sword and Shield when they come out on Friday, you’re still well justified in feeling that way.

It may seem silly to point that out, but in places like /r/Pokemon or even here in SlashGear’s own comment section, it can be very easy to get caught up in all of the fury. It seems that people expressing a positive opinion about these games can often be drowned out by others who are pushing people to not buy them while others who are expressing negative opinions get disregarded as entitled, with more reasoned discussion getting lost among the outrage. 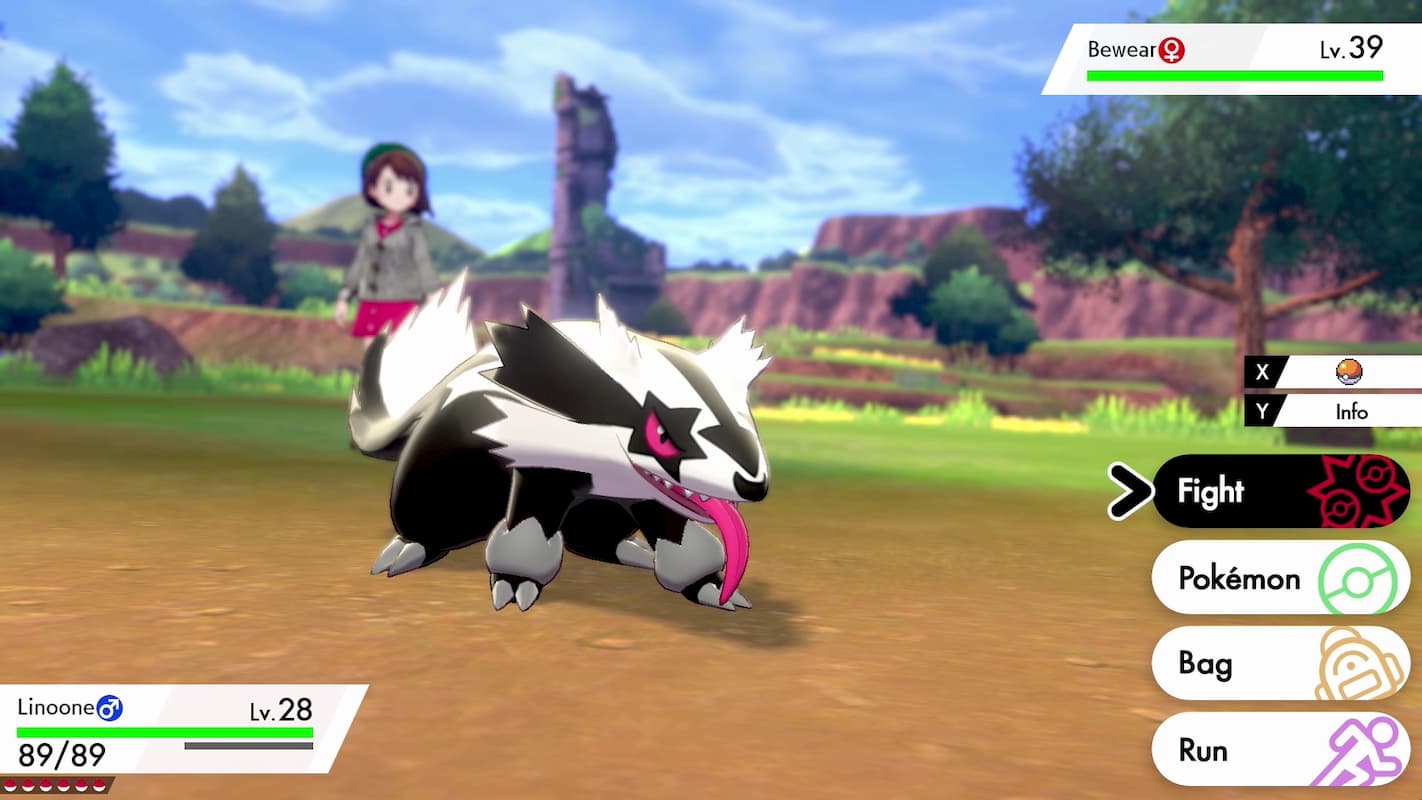 To be clear, I don’t blame those Pokemon fans for feeling like Sword and Shield are going to be disappointing on release. I’ve been critical of Game Freak and The Pokemon Company myself, but as far as the games are concerned, I’m taking a wait-and-see approach. I think Sword and Shield have a massive PR problem at the moment and Game Freak isn’t doing anything to help it, but I’m still going to play these games on Friday and come to my own conclusions about them.

It’s not that I don’t empathize, though. We’ve been waiting for a true-to-form console Pokemon title since Red and Blue first made their way into the west during the late 1990s. After all of these years, it’s finally happening, and many were excited to see what Pokemon could do when no longer bound to less-powerful handheld hardware. For me at least, Pokemon Let’s Go was an exciting taste of what was to come, but with all of these leaks out in the open, it isn’t hard to feel like Game Freak might be rushing these games out the door. 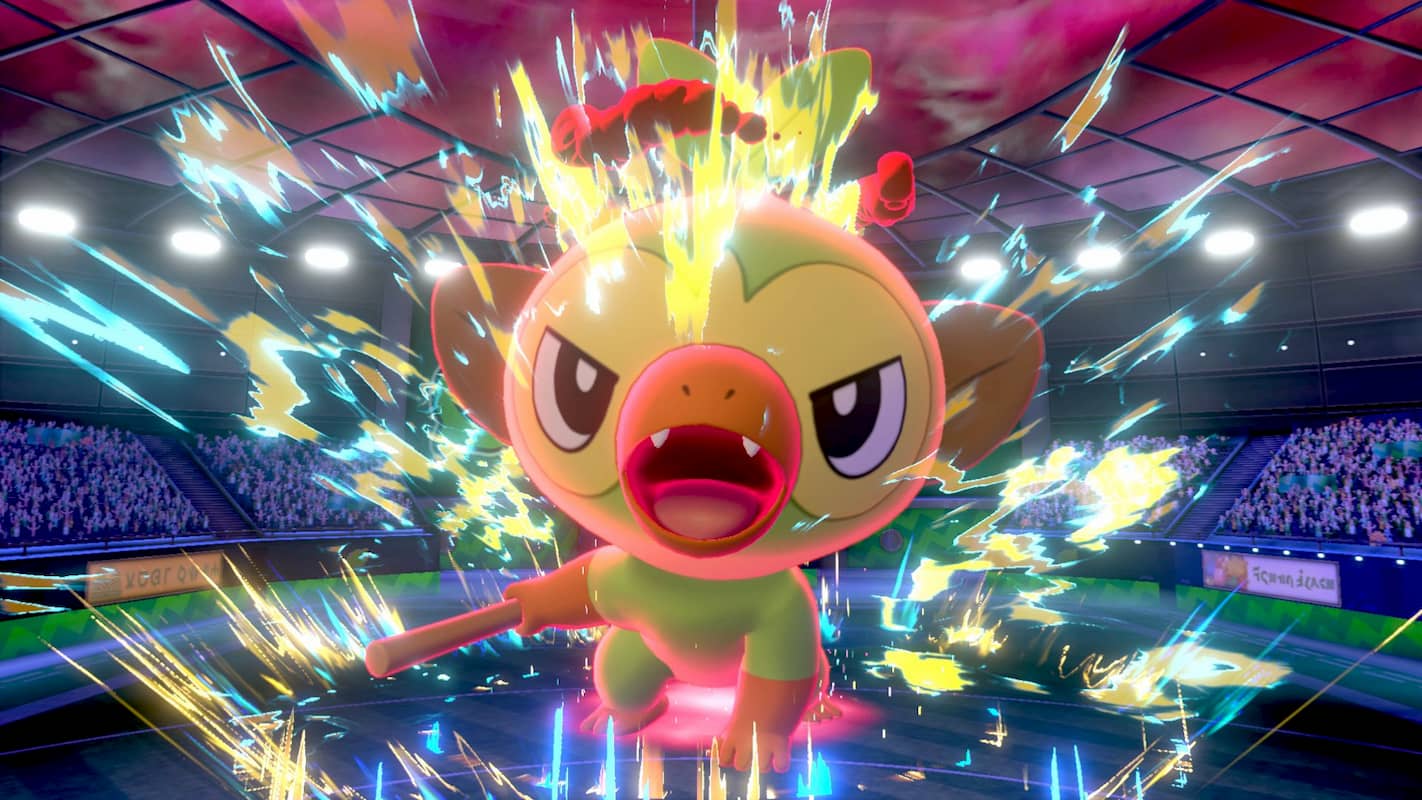 I understand the frustration inherent in that feeling, I really do. If there are Pokemon fans out there who feel like Game Freak isn’t giving Pokemon the console turn it deserves, I can’t hold that against them. Pokemon players – regardless of whether or not they have a complete Pokedex sitting in Pokemon Bank – have a right to feel disappointed in the fact that not all of the monsters will be returning in Sword and Shield.

What I do take issue with is aiming this vitriol at fellow fans who are looking forward to the games anyway. I take issue with the people who demand that others not buy Sword and Shield because they’re personally unhappy with the direction that the games are going. If that’s you, then you need to the pump the brakes and calm down – this is your boycott, not theirs, and they shouldn’t become the subject of insults and hate just because they’re planning to buy a game you won’t be. 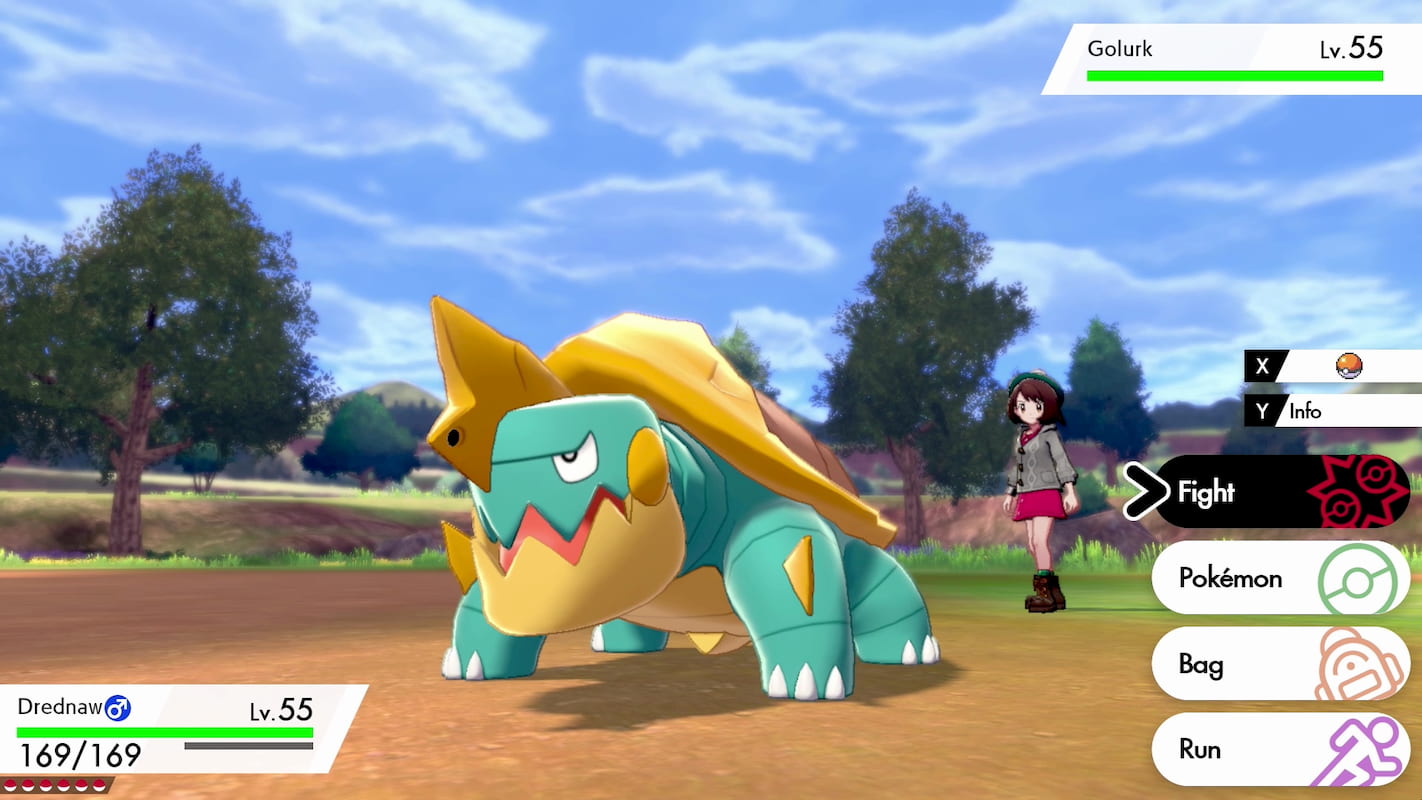 To be fair, communities like /r/Pokemon and ResetEra are not one single entity; they’re large groups of people who all have varying opinions on these games. I’ve seen people who aren’t looking forward to these games support those who are, and those are not the people I have a problem with. It’s the people who demand that other Pokemon fans fall in line that need to really consider what they’re saying, because they frankly sound like children.

On the other side of that coin, Pokemon fans are not entitled because they’re disappointed in what they’ve seen and have decided to not buy Sword and Shield. The promise of Pokemon on the Switch has always been something grand, and if Sword and Shield don’t align with what fans want, they’re justified in being disappointed. They don’t need to have a living Pokedex sitting in Pokemon Bank to be upset about the cut Pokemon in Sword and Shield, and to expect something like that before their criticisms are considered valid is absurd.

It’s been a while since I’ve seen a pair of Pokemon games so divisive. In fact, I don’t think I’ve ever seen Pokemon games that were more divisive before this. I think that the disagreement over the Pokemon Sword and Shield is causing a rift between Pokemon fans at the moment, and for someone who is mostly on the outside looking in, that’s upsetting. 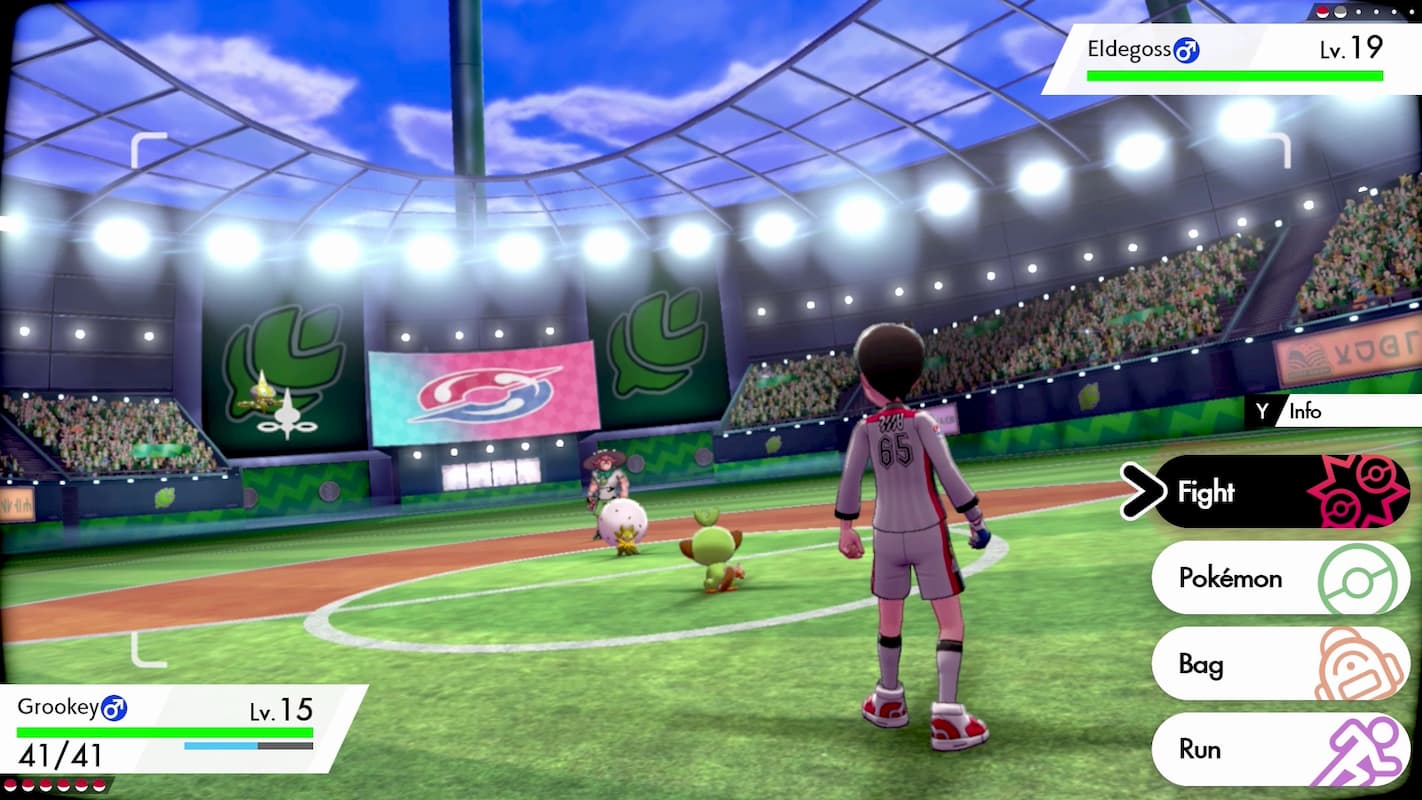 Fellow fans should not be the target of vitriol just because they disagree with your assessment of Sword and Shield. Game Freak and The Pokemon Company should hear those criticisms, that’s for sure, but Pokemon fans can certainly be better to one another. All of us love Pokemon for one reason or another, and no one should feel like they’re in the wrong for either being excited or being disappointed.

Let’s just all be friends. Let’s stop hurling insults at others because they have a different opinion on a game series we all enjoy. When Pokemon Sword and Shield come out on Friday, let those who are unhappy hold onto their money and vote with their wallets, and let those who buy the games enjoy them, even if they aren’t your cup of tea. Decide how you feel about the games, don’t let others shame you for having that opinion, and don’t shame others for holding different ones.