Pokemon Sword and Shield have been going through a rough patch for these past few months. Though The Pokemon Company’s marketing machine is in full gear, Pokemon fans keep coming back to one topic in particular: the national Pokedex, or the lack thereof. During E3 2019, Game Freak confirmed that the Pokedex in Pokemon Sword and Shield won’t include all previously-released Pokemon, making them the first mainline games in the series to do something like that.

Almost immediately, longtime Pokemon fans took to the internet to state their displeasure with this decision, and in the months since that was revealed, it seems like it’s the only thing people are talking about on sites like Reddit. Obviously, discussion ebbs and flows as new features for Sword and Shield are revealed, but it never seems to take very long before Pokemon fans are back on the topic of the Pokedex and how disappointing it is that Sword and Shield won’t feature all of the Pokemon released thus far.

Though I’m typically a “wait and see” kind of guy – and that remains true for Pokemon Sword and Shield – it’s hard to blame these fans for being upset. For years and years, Pokemon‘s catchphrase was “Gotta catch ’em all!” and throughout the generations, some Pokemon fans have done just that. 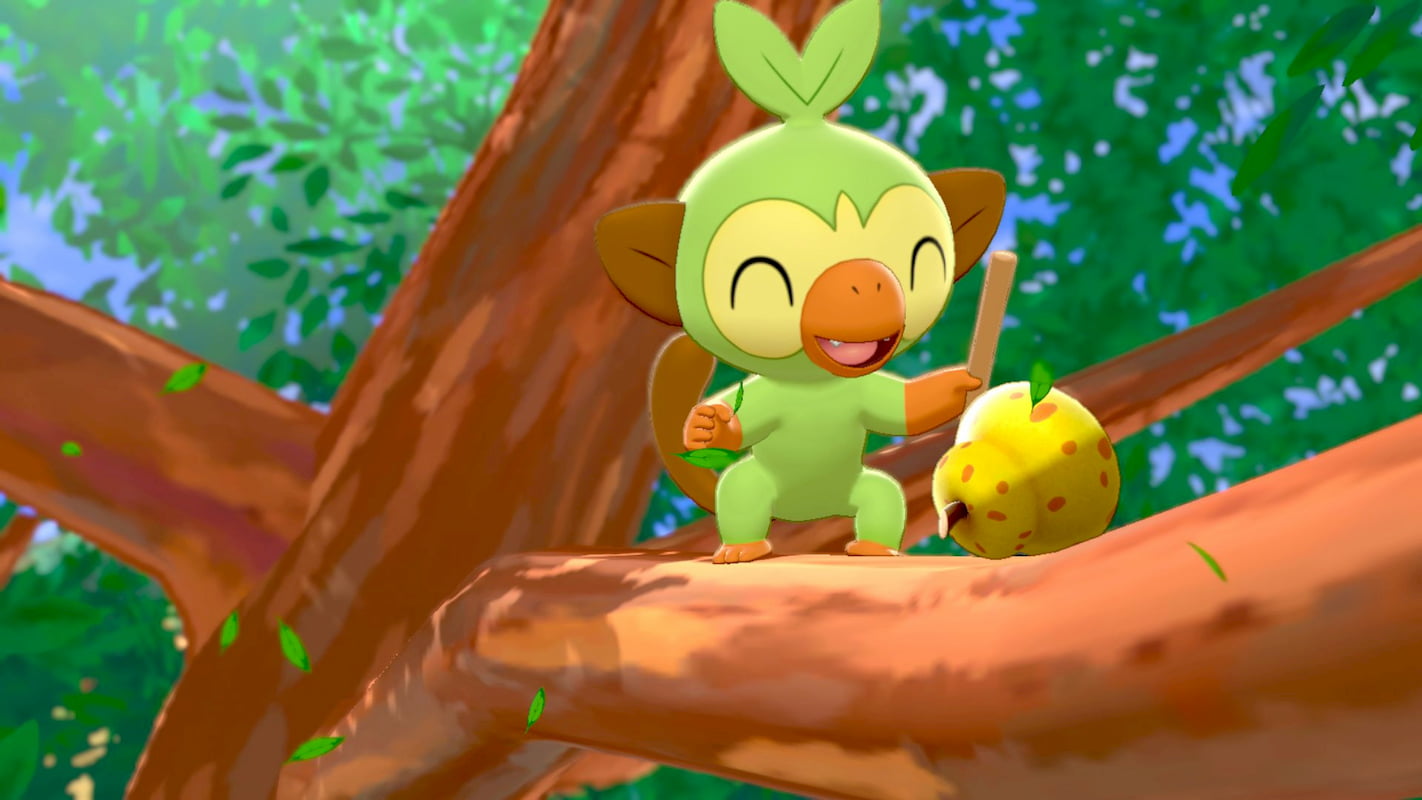 While I would imagine most players don’t go to the trouble of completing the Pokedex with each new generation, there are a lot who do, and tools like Pokemon Bank have made it easy not only to store those collections but also move them forward when new games come out. When Pokemon Bank was released, it was very encouraging for people who were concerned about future proofing their collections, but now that we know Sword and Shield won’t support all of the Pokemon we’ve caught throughout the years, it’s really easy to feel like filling out the Bank was a waste of time.

Even beyond the people who have been gone to great lengths to catch all of the Pokemon and fill out their Pokedexes, there’s still plenty of reason to be upset by this dramatic change. A common phrase you’ll hear from those who want the nation Pokedex back say is “every Pokemon is someone’s favorite,” and given the sheer number of Pokemon fans out there, that’s probably true. Looking at the recent Pokedex leak, there’s at least a decent chance that your favorite Pokemon didn’t make the cut, and I can’t blame you if feel burned by that.

I do think that Pokemon fans tend to get carried away when discussing this issue on sites like Reddit and ResetEra, but I still empathize with them. I understand why they’re upset and I understand why this would make them lose interest in the game entirely. Complicating matters is the fact that The Pokemon Company isn’t helping when it comes to allaying concerns, either. 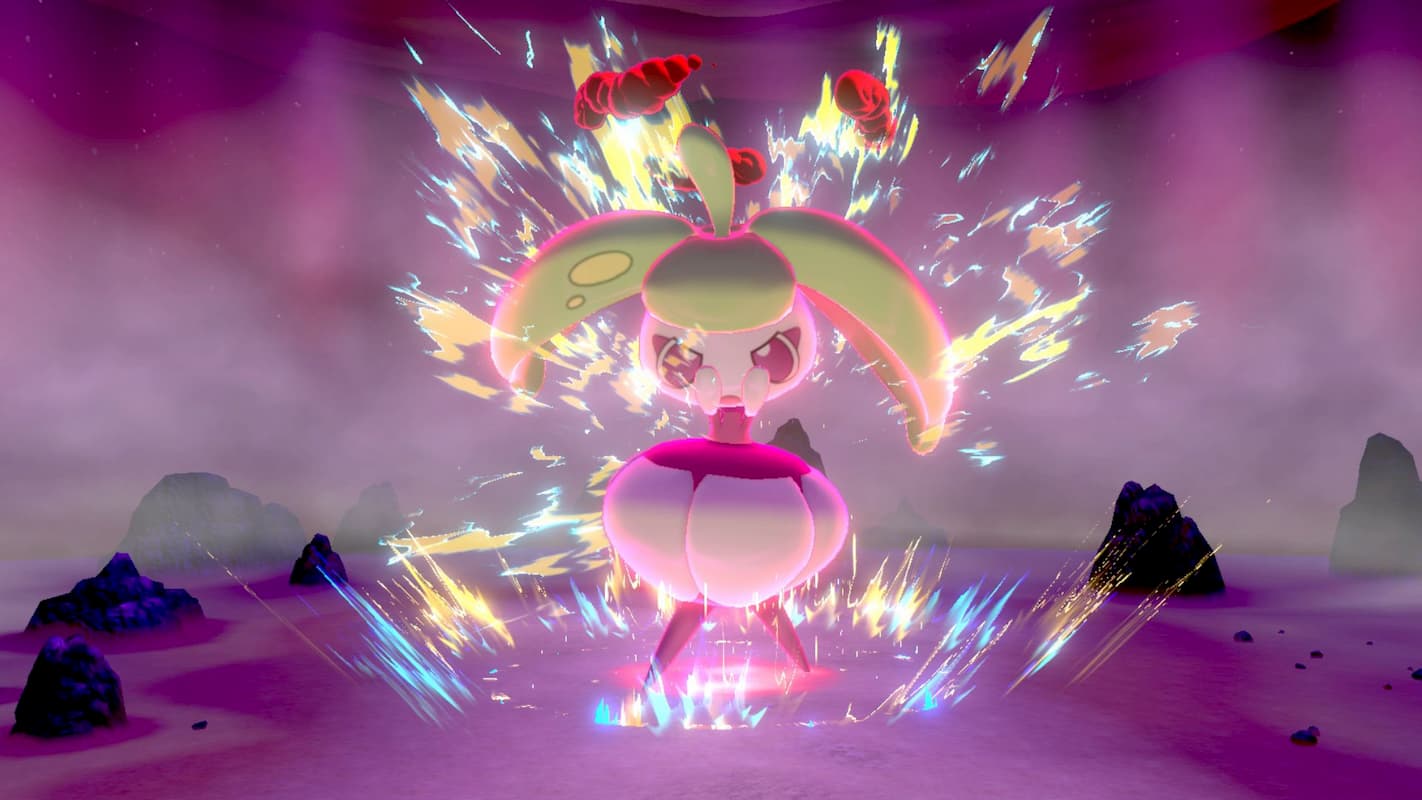 Let’s start with Sword and Shield producer Junichi Masuda’s reasoning for culling Pokemon in the first place. While the E3 2019 news cycle was still in full swing, Masuda sat down with USGamer to discuss the limited Pokedex, saying that Game Freak (the studio behind the Pokemon games and part-owner of The Pokemon Company) knew it was going to need to cut Pokemon from mainline games at some point.

The decision to do it in Sword and Shield seems to come down to two primary reasons: the first is that there are so many Pokemon already, and the second involves considering what all of those Pokemon mean for the overall balance of the game. Masuda seemed to suggest that bringing Pokemon to Switch and creating models for each one “with much higher fidelity” and “higher quality animations” is a lot of extra work – too much for the team at Game Freak to handle.

I don’t have a response to that, mostly because I don’t know enough about game development and I’m not sure what kind of work goes into these games. It is worth pointing out that I’ve seen players contend that the Pokemon models in Sword and Shield are the same models that were used in the Nintendo 3DS games, but again, I’m not sure how they’re drawing these conclusions with any degree of certainty when Sword and Shield aren’t out yet. 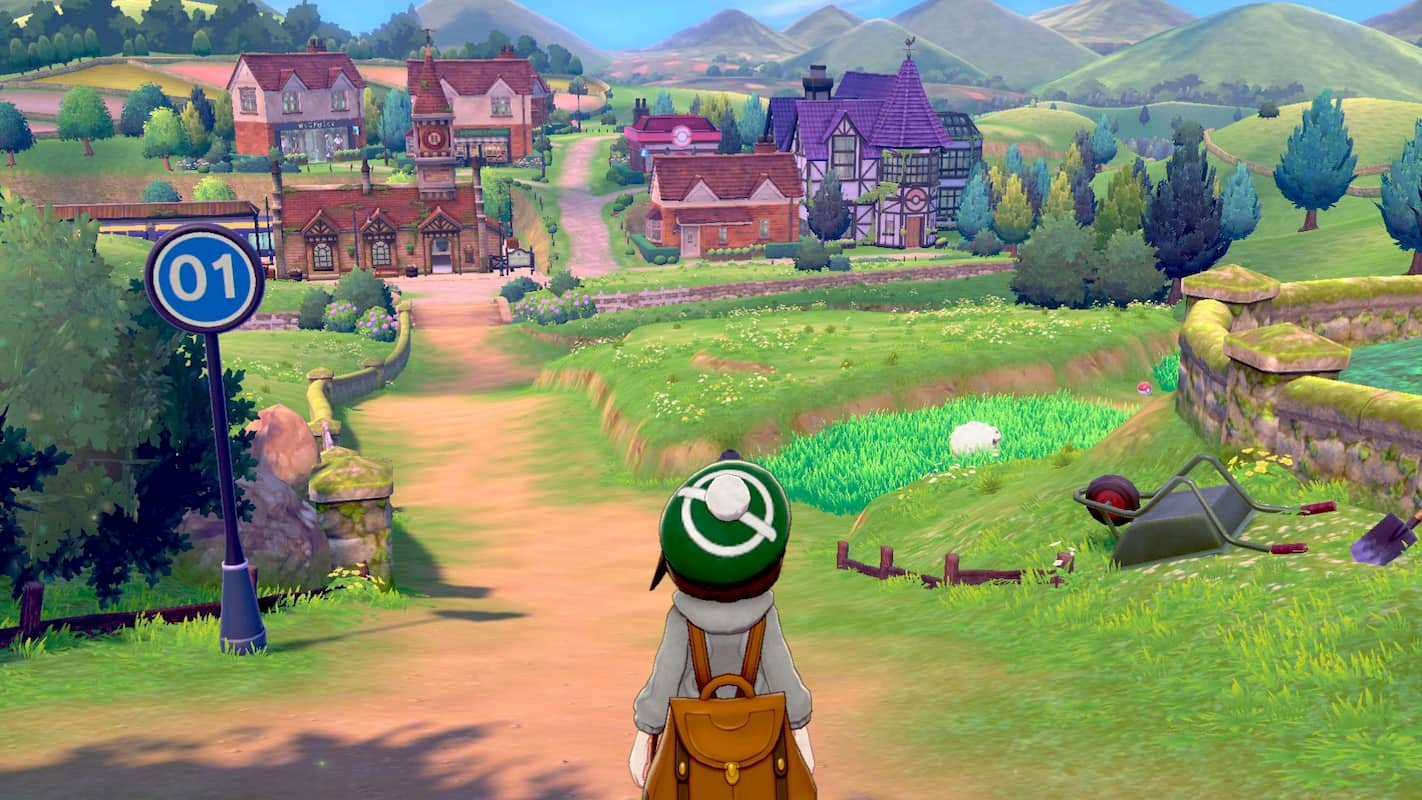 I will, however, comment on Masuda’s concerns about balance by noting that in my experience, balance has always been a mess regardless of the Pokemon game. Watching something like the Pokemon World Championships shows that there isn’t a large number of Pokemon represented in high-level play, and an entire competitive community called Smogon has sprouted up around Pokemon crowdsource the creation of competitive tiers. Balance has always been all over the place, and I don’t see that changing if the Pokedex in Sword and Shield has 400 Pokemon or 900 Pokemon.

Regardless of Masuda’s reasons, players weren’t buying it, and I have to admit that the part about balance in particular makes things odd. Perhaps if Masuda had simply said “creating Switch models for every single Pokemon in time for Sword and Shield is something that we can’t do,” that would have gone over better, but tossing the part about balance in there makes me feel like this decision (or at least the justification for it) wasn’t well thought out.

It wasn’t long before we revisited the controversy, and this is where I think Game Freak made its first major misstep in this saga. Toward the end of June, Masuda addressed fans who were upset about the limited Pokedex in a special statement. Below is that statement in full:

Thank you to all of our fans for caring so deeply about Pokémon. Recently, I shared the news that some Pokémon cannot be transferred to Pokémon Sword and Pokémon Shield. I’ve read all your comments and appreciate your love and passion for Pokémon.

Just like all of you, we are passionate about Pokémon and each and every one of them is very important to us. After so many years of developing the Pokémon video games, this was a very difficult decision for me. I’d like to make one thing clear: even if a specific Pokémon is not available in Pokémon Sword and Pokémon Shield, that does not mean it will not appear in future games.

The world of Pokémon continues to evolve. The Galar region offers new Pokémon to encounter, Trainers to battle, and adventures to embark on. We are pouring our hearts into these games, and we hope you will look forward to joining us on this new journey.

While the sentiment of reaching out to upset customers is nice, Masuda didn’t really say anything there. He mostly just stuck to his guns, which makes me think that it would have been better to just say nothing at all. Masuda had already said in the past that this was a difficult decision, so really, this just served as a way to for Game Freak to recommit to the limited Pokedex while making it seem like it’s concerned about what players think.

It’s not a great look, in other words, and when you’re dealing with a group of people who feel like their requests are already largely ignored – Pokemon fans have been asking for another multi-region set of games like Gold and Silver for almost 20 years, for instance – a statement like this does nothing to challenge that notion. 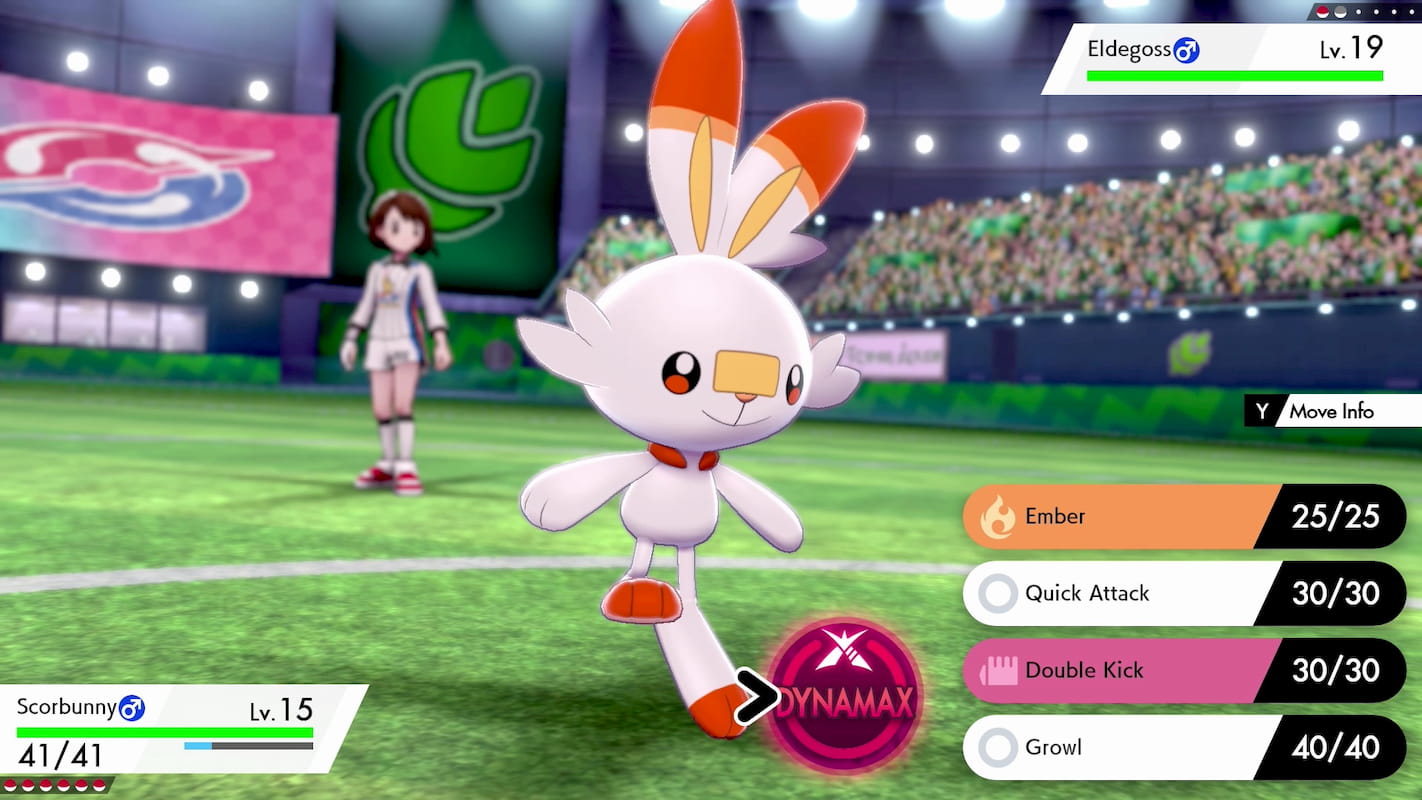 The latest twist in this saga came this week, when The Pokemon Company cancelled a Pokemon Sword and Shield launch party in Japan, blaming “operational reasons.” We don’t know what that means, but fans are assuming that the event was cancelled because The Pokemon Company doesn’t want to face blowback in the wake of all the recent leaks. In fact, I’m pretty sure that The Pokemon Company could have given literally any reason for cancelling the event and players still would have assumed that.

I understand that Game Freak is stuck between a rock and a hard place at the moment given the reaction to last week’s full Pokedex leak, but with that out in the open, cancelling an event like this a week before it’s supposed to happen just makes it seem like you’re running from your fans, and that’s not good when your fans are already upset with you.

It’s a shame that Game Freak and The Pokemon Company want to keep their fans at arm’s length, because this debacle could have been an opportunity for those entities to show that they really are listening to fan feedback and want to converse with the people who have made Pokemon such a persistent success. 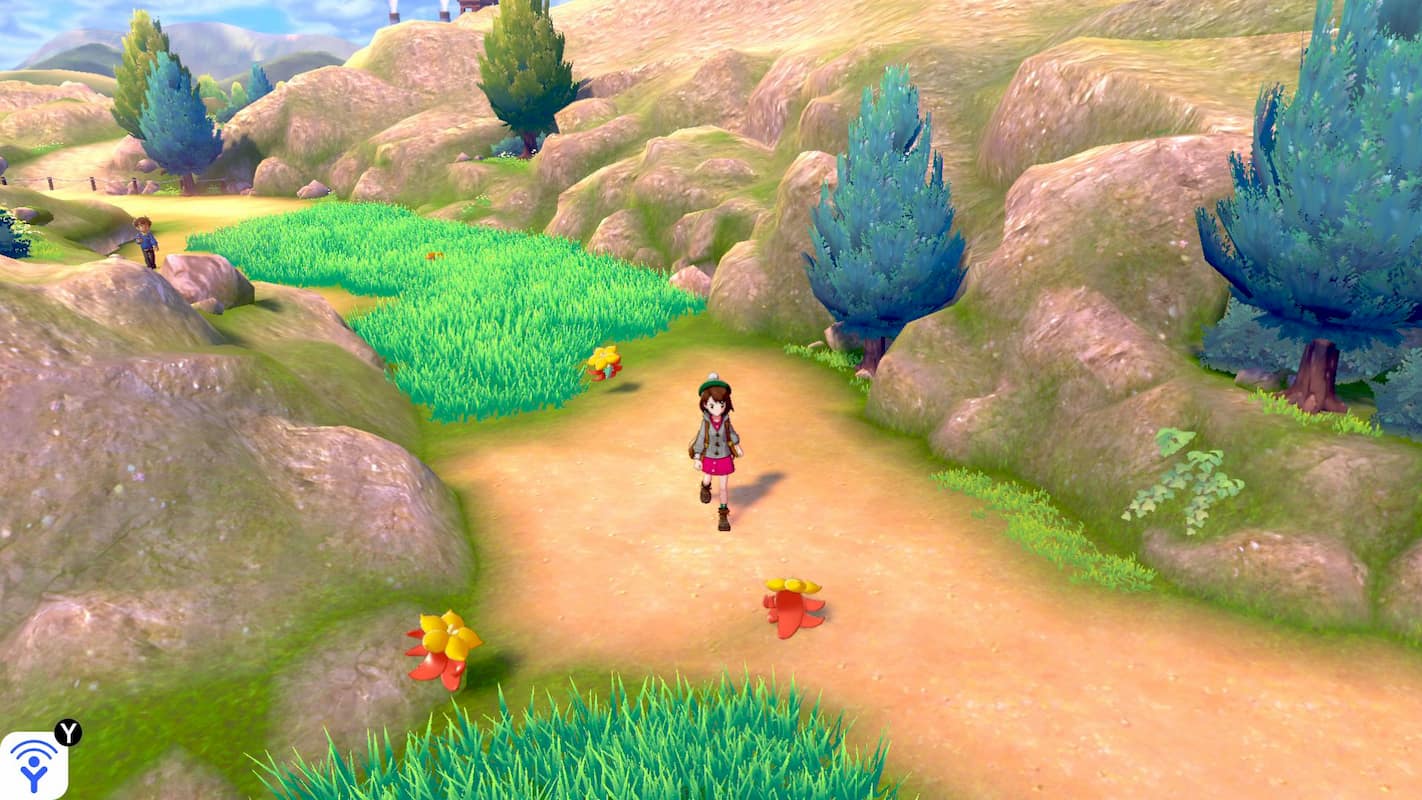 I’m not necessarily saying that Game Freak should give into the will of people who are upset about the national Pokedex, but a commitment to add the missing Pokemon to Sword and Shield post-launch or even just having a deeper conversation about why this is necessary in the first place would go a long way at the moment. As it is, it just seems like Game Freak and The Pokemon Company are going full steam ahead, concerned only with saying enough the placate fans until November 15th because they knows they’ll clean up on Sword and Shield anyway, and that’s a real shame.