Today we’re having a peek at a few new Pokemon Sun and Pokemon Moon details, starting with the 4x player multiplayer mode called Battle Royal. This is a new battle format that’ll appear for the first time in Pokemon Sun and Moon, including four separate players (2 or 4, no more, no less), all against one another at once. You’ll need to strategize to the max in this mode – it’s an all-out struggle, and you don’t want to be caught battling three trainers at once.

In Battle Royal, The Pokemon Company suggests that “four players battle against one another at the same time in a furious melee.” Each trainer is able to choose three Pokemon and may send one Pokemon into the battle arena at a time. 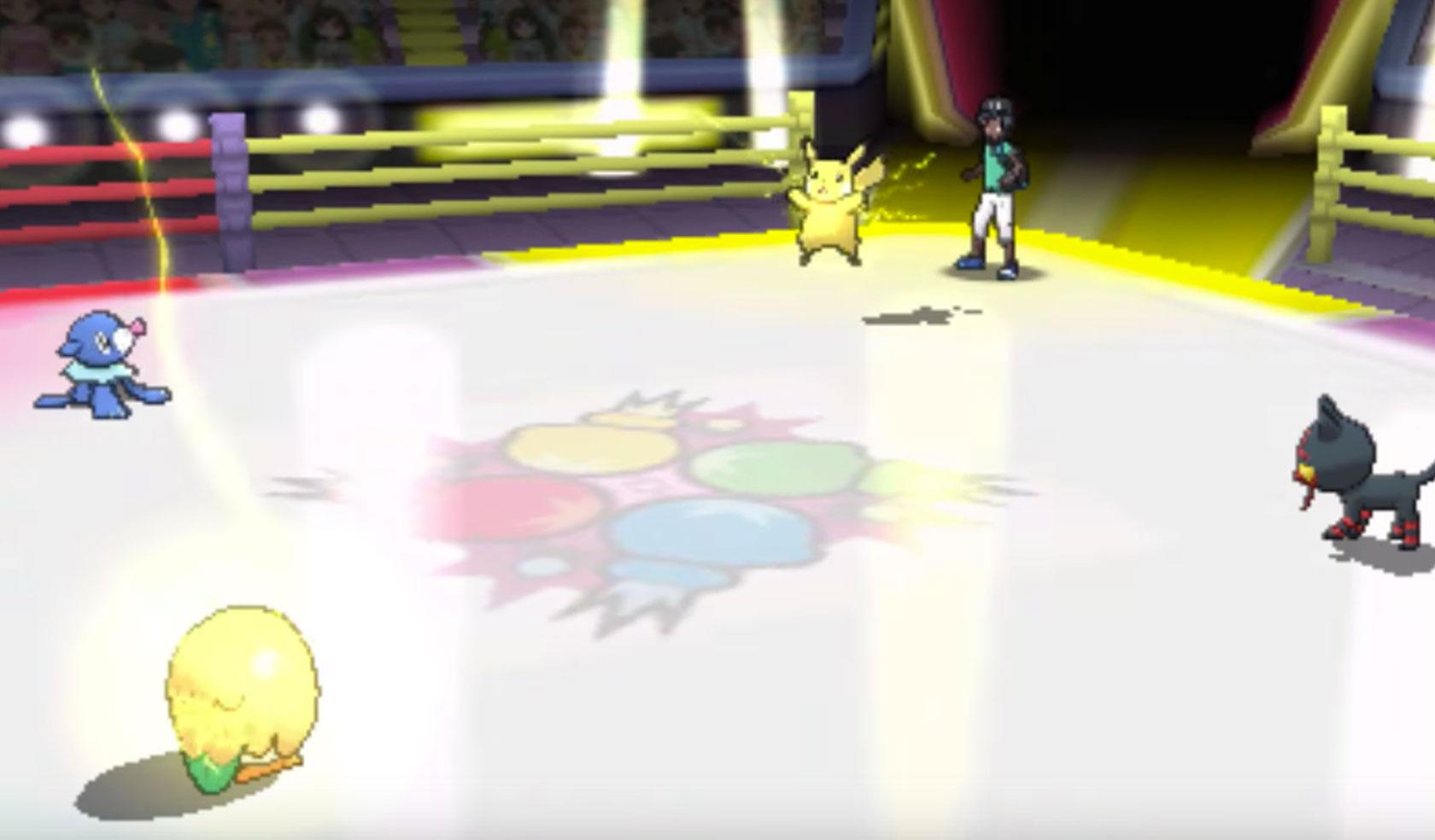 The Pokemon Company adds: “This is a completely new way to enjoy Pokémon battles, and many interesting strategies will be discovered as each player must try to predict who will attack whom, or choose whether to act to save a player who is in a pinch in order to claim the number-one position before the battle ends.” 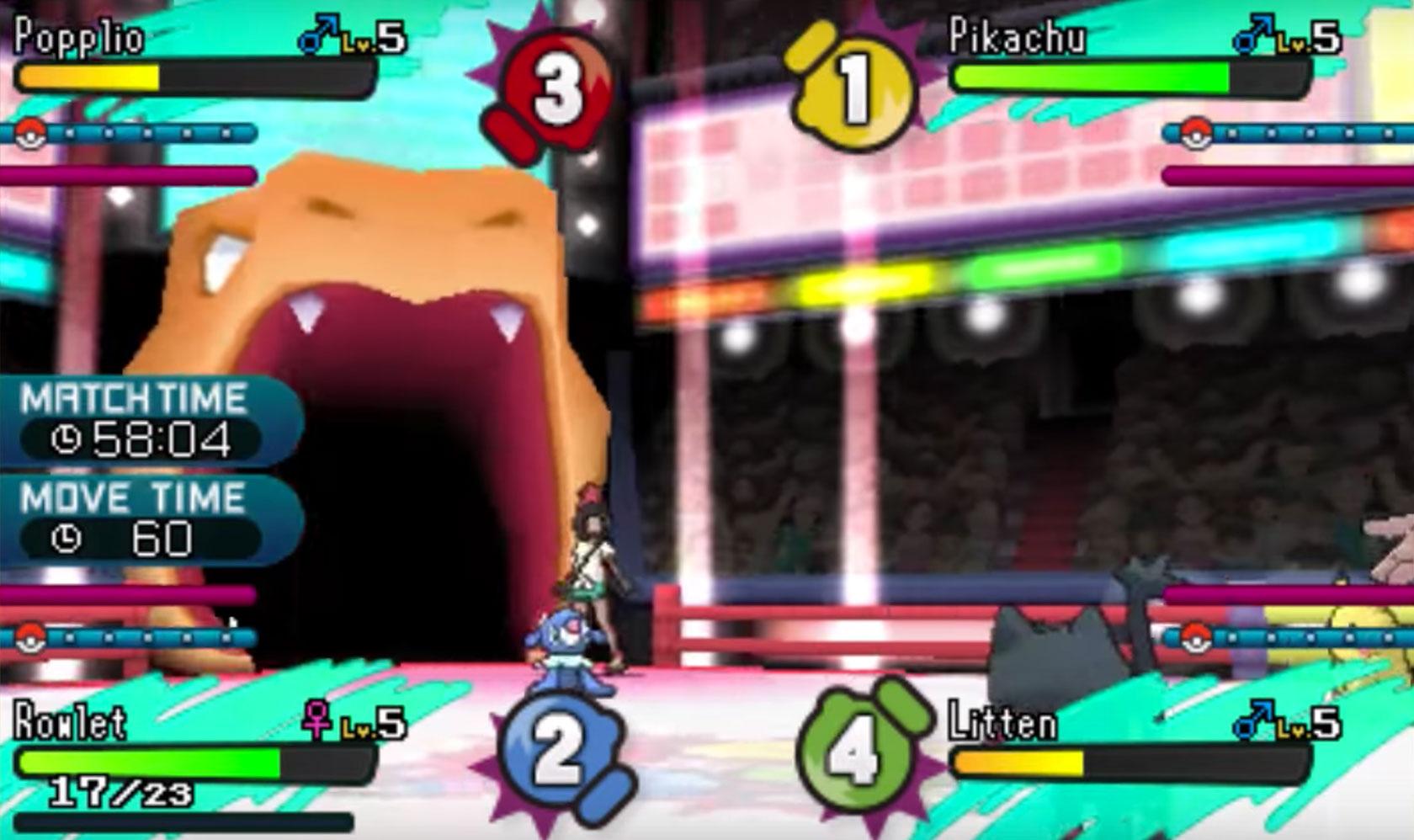 This Battle Royal format isn’t going to be about brute force. It’s going to be about strategy. Keeping your opponents active so that they can fight against your other opponents. Making sure you get the points before the first player is counted out. Good times in next-level Pokemon action.

Pokemon Sun and Pokemon Moon will be released in November of 2016. On the 18th of that month – just in time for holiday shopping.