These days, almost anyone and everyone is getting on the online music biz, and somewhat surprisingly, Nintendo is one of those. No, it doesn’t have a new Taylor Swift-friendly streaming service. But it does have a Pokemon Jukebox app on Android. Say what? Yes, Nintendo just released a music app dedicated to one of the world’s most popular digital critters. You can now listen to the background music and themes of your favorite childhood (or adult) days to your heart’s content. But be warned, it’s going to cost you.

When Nintendo revealed that it was going to work on some Android apps in the very near future, the mobile world was awash with speculation on which franchises it would include. Admittedly, one title that makes perfect sense on mobile is Pokemon, which was born on handhelds rather than consoles. And while a new Pokemon app did appear on Google Play Store, this might not be the Pokemon app you were looking for. 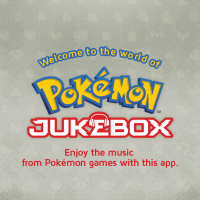 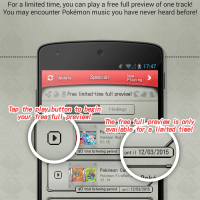 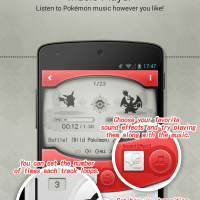 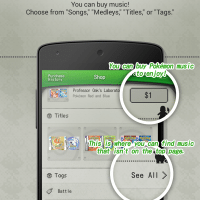 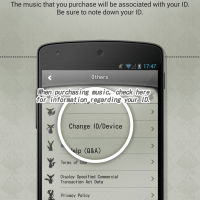 As its name suggests, Pokemon Jukebox is focused solely on the music of the game. For die-hard fans, that might just be enough of a teaser of sorts. That said, it is almost deceptive. This app is, for all intents and purposes, more like a fancy interface for a store that just happens to have a music player built-in. Of course, these days it’s not longer unusual to actually pay for content, but for very short pieces of music, it might be a tad too much. Fortunately, you can actually listen to up to three songs for free each day. 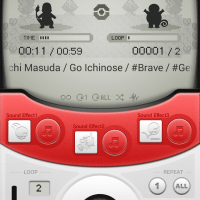 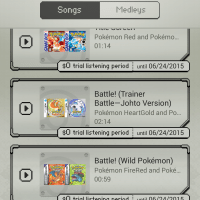 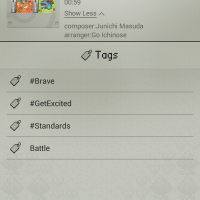 As for the app itself, it’s pretty much in line with the Pokemon aesthetic, which means it is both game-like and can be a bit confusing given all the knobs and controls at the same time. The music player interface lets you loop through the music as many times as you want, even infinitely. The top part of the screen displays a simple animated silhouette of a Pokemon battle scene. Amusingly, you can also inject a bit of whimsy by selecting three sound effects from the game that you can tap on any time you desire.

While the app and idea itself might appeal to fans both young and old, paying almost a dollar for a piece of music that runs for just a minute definitely doesn’t sit well with many. Especially when you can listen to those same tunes elsewhere for free. Not that those are all legit or legal. Perhaps if the prices were pushed down a bit, it wouldn’t be as bad. Ultimately, Pokemon Jukebox is simply an attempt at the ultimate fan service, though even fans might be turned off by the price.