Pokemon GO’s Mewtwo Raid has ONE tip you MUST know

Pokemon GO’s big raid boss Mewtwo was released on a limited basis earlier this month and will come again soon – and there’s ONE tip that’s more important than all others. This is a Pokemon that’s more powerful than all other Pokemon in the game thus far. Mewtwo’s ability to destroy a Pokemon in a single hit is very, very real – but only if that one Pokemon doesn’t know all the different moves one can execute during a Raid Battle.

The Best Pokemon in the game to battle Mewtwo are relatively similar to those that’ve been tops during the Legendary Bird raid lists we’ve had recently. As the Legendary Bird Raids continue this next week, many of the same Pokemon trainers are using as primary Raiders will continue to be helpful in the near future. The only real difference is the addition of Moltres and Zapados to the roster – they’ll both be heavy hitters in the battle to come. 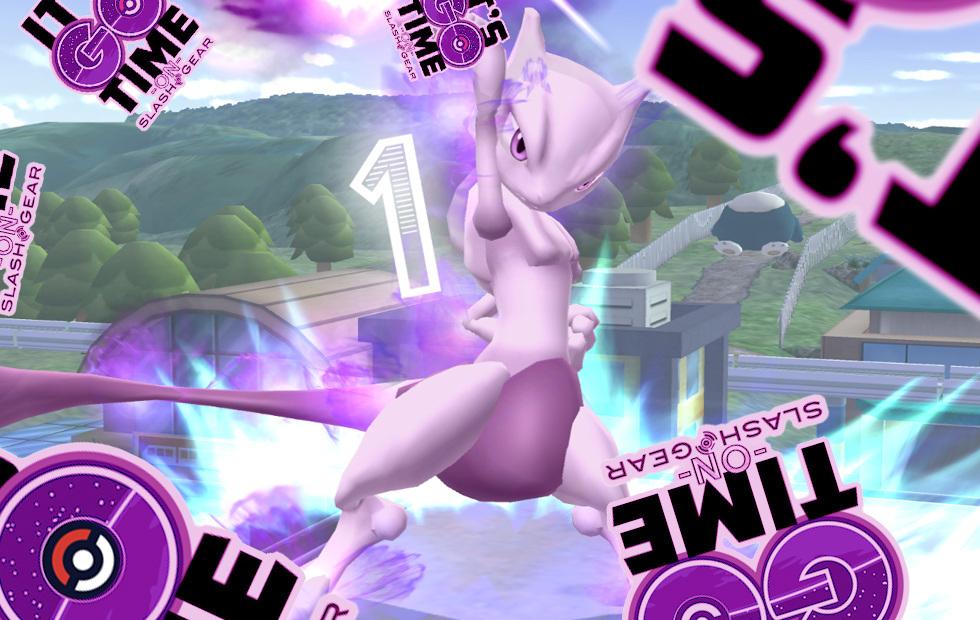 Otherwise we’ve got a massive list here thanks to the SilphRoad user TorpedoRunner. His list runs from Tyranitar to Blissey – and by the time we get down to Blissey, we’re getting dangerously close to Pokemon who barely do damage against Mewtwo – so watch out. Of course Blissey’s relative greatness VS Mewtwo on the defensive side might go the extra mile… 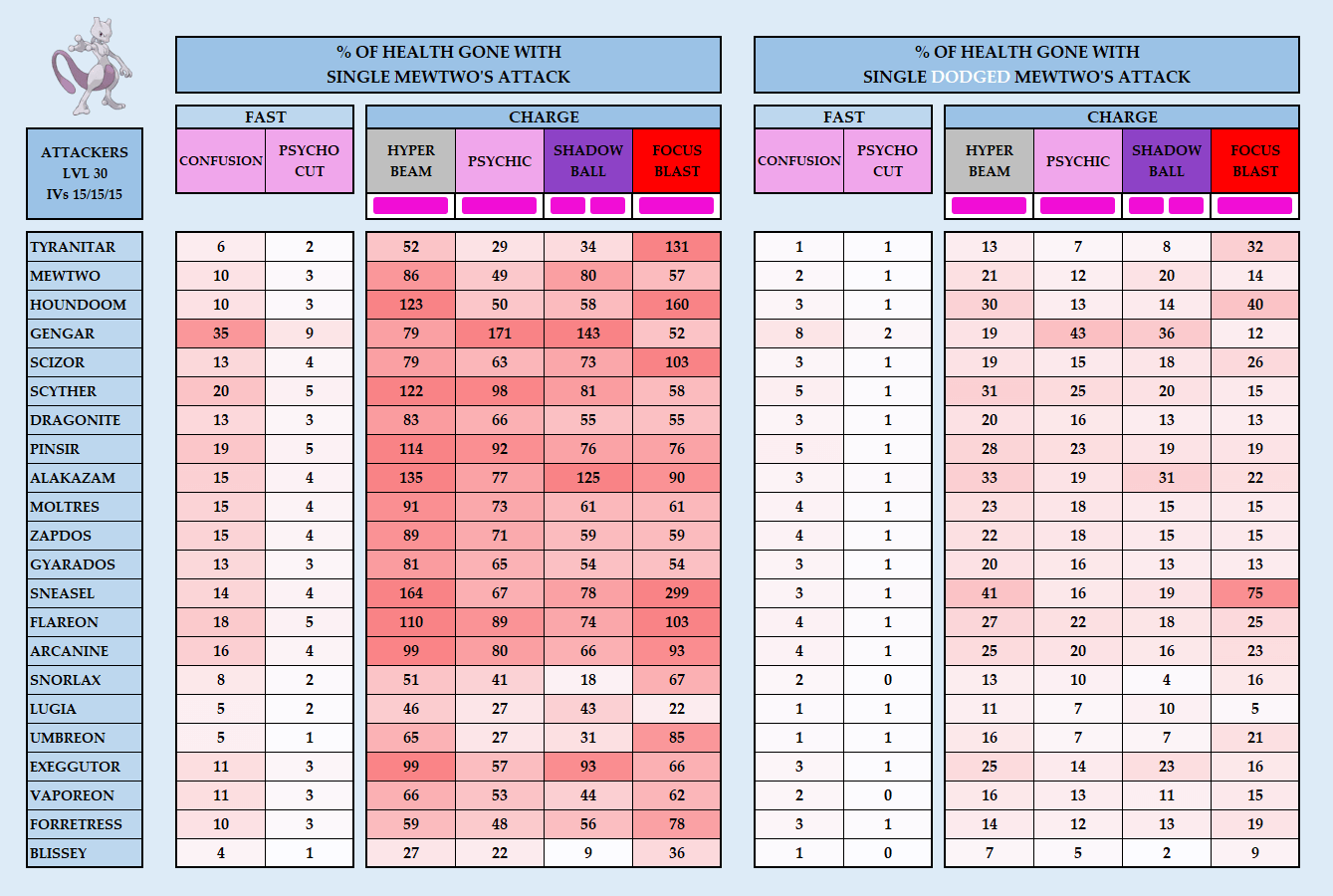 The chart above shows the percentage of health destroyed by a single hit from Mewtwo. At the top, each individual potential move is shown, while at the left, each of the top Raider Pokemon are listed (with perfect stats). As is plain, Mewtwo’s charged attacks annihilate or nearly obliterate most Pokemon in a single hit. But only IF that Pokemon does not dodge the hit.

The ONE most IMPORTANT tip that can be gleaned from this chart when battling Mewtwo is this: LEARN TO DODGE EFFECTIVELY. That, or get quick on the switching in of a second team of Pokemon to do battle once your first team is completely massacred by the charged-onslaught that is Mewtwo.

This will all become a reality very soon! Heed the call for the dodging and the quick switching, and all shall be good!