This morning the newest update to Pokemon GO was released with a couple of feature changes. This is the first update to the game since version 0.37, a notorious release due to its major steps against hackers and game mechanic exploiters. Today’s update goes by version number 0.39, and it includes an update for the Pokemon GO Plus. This update allows the user of a Pokemon GO Plus accessory to see and capture Pokemon that appear around them as a result of Incense. Before, this was only possible with naturally occurring Pokemon and those appearing near a PokeStop with a lure.

This update to the Pokemon GO Plus through the Pokemon GO app indicates that the developer teams at Niantic do not plan on allowing the device to go un-edited. They’ll very likely continue to change the way the device works – for the better – well into the future. We wouldn’t be surprised if the device took on additional abilities and functionality not too long in the future.

Another addition made to the game – or rather, a re-addition – is Pokemon capture location. 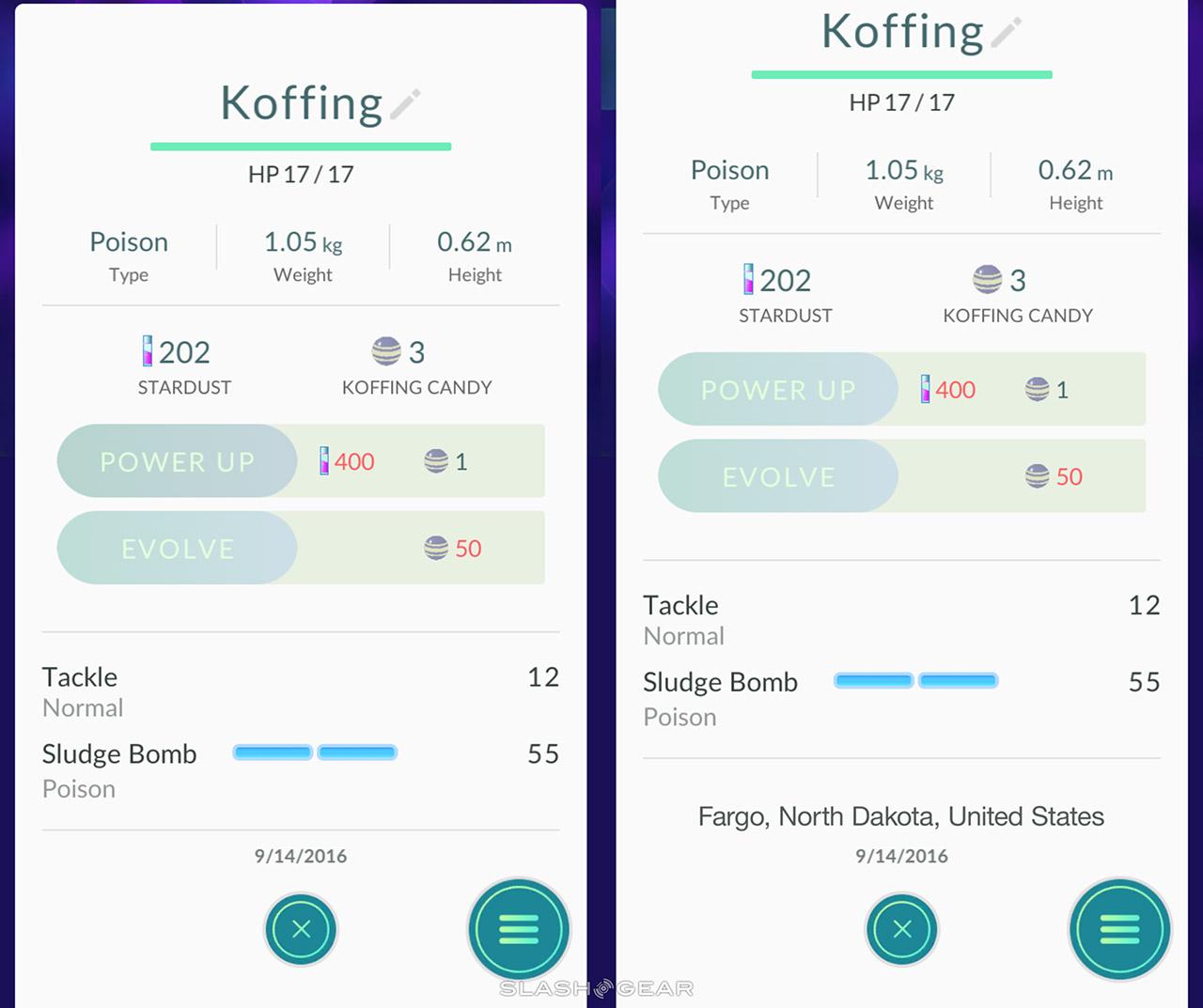 Above you’ll see what a listing of this Koffing looked like before the update. On the right you’ll see what it looks like once the app is update to version 0.39. There we’ll be seeing the location – not TOO specific, but the location nonetheless – at which the Pokemon was first captured.

The original version of Pokemon GO included something similar – back before it stopped working due to server load (we can only assume), we were able to see on a miniature map the location where each Pokemon was found.

Now we’ve only to cross our fingers and wait for the trading update. When the trading update is released, users will be able to trade Pokemon (Pokemon only, no items or money of any sort), to one another in real time. It’s going to be madness!