This week we’re taking a peek through the most recent update to Pokemon GO and the code released therein. This code shows the near future of the game, more advanced than what’s already gone live. As such, what we see here may not be turned on at all – it could just sit, unused, forever! But that’s not normally what happens – normally what we see in the now is a teaser for what we’re about to see in real live game in the near future!

Good times are about to arrive for the battle warrior Pokemon known as Genesect! This Pokemon is about to roll with the move called TECHNO BLAST. In the game’s code we see something strange for this move – five different iterations! This could mean there’ll be slightly different Techno Blast animations and/or power for each different form of Genesect, but we shall see!

A bunch of new items for your avatar just hit the game’s code – by the time you see this article, they may well have been released in the live game. We’re talking four new pair of boots, one new set of earmuffs, a holiday sweater, and a holiday jacket. A weird Jazz Hands sort of pose was also added to the game.

That likely means there’ll be additional rewards (beyond the basic badge) for completing your Pokedex for any of the following regions (also listed): Kalos, Unova, Sinnoh, Hoenn, Johto, and Kanto. 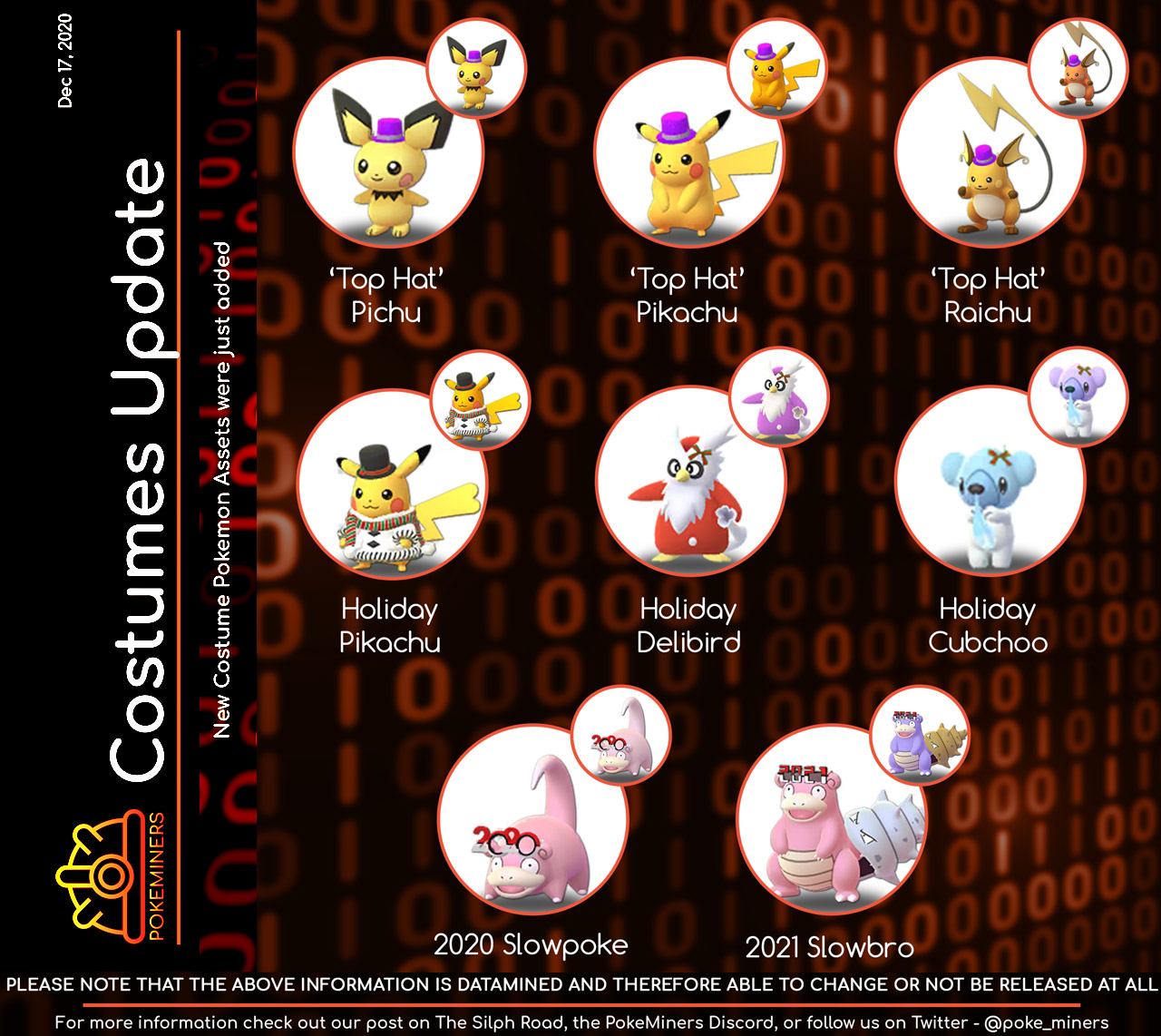 We saw a teaser for this bit last week – now the code is all but published. Again, you might even be able to see these Pokemon in the game by the time you read this article.

Holiday Cubchoo, Holiday Delibird, Holiday Pikachu (with black top hat and jacket), Top Hat Pichu, Top Hat Pikachu, and Top Hat Raichu (all purple hats), and 2020 Slowpoke with 2021 Slowbro. All of these Pokemon were added to the game’s code with Shiny versions. We can safely assume the Shiny costume Pokemon will be available at launch!