Over the past several updates to Pokemon GO, Niantic has been preparing for an inevitable event – and here’s how we see it being Unown-heavy. On June 30th, 2016, SlashGear called Pokemon GO the best game EVER – that was just a few days before the first APK release to start the game worldwide, officially. If Niantic follows plans we’ve been tipped (anonymously, as always), we’ll see the biggest event in the short history of Pokemon GO – and it’ll arrive in just over a month!

There’s about to be a whole lot of conjecture going on up in this article, so prepare yourself for that. What we’ve seen over the past several weeks and Pokemon GO updates is a lot of attention given to Unown – in small bursts. Several examples exist of Unown code updates made in such small amounts that it would seem Niantic is trying to avoid drawing attention.

In mid-May, Unown’s Pokedex entry was updated to allow more than one Unown to exist in a single space. That update later had some spacing adjustments so that the whole alphabet could fit within the one Pokedex entry. In our APK update watcher we showed how the “Symbol Pokemon” was first, then as it was when updated, now as it is when its in its most evolved index entry.

Later it was found in an APK teardown that a single Unown image was added – this was the full index. All Unown forms currently in the game are now part of the local game files. This first move on Niantic’s part for Icons of Unown makes seeing any one Unown easier on the data of every player. They’re making way for more players to have more Unown than they currently have. 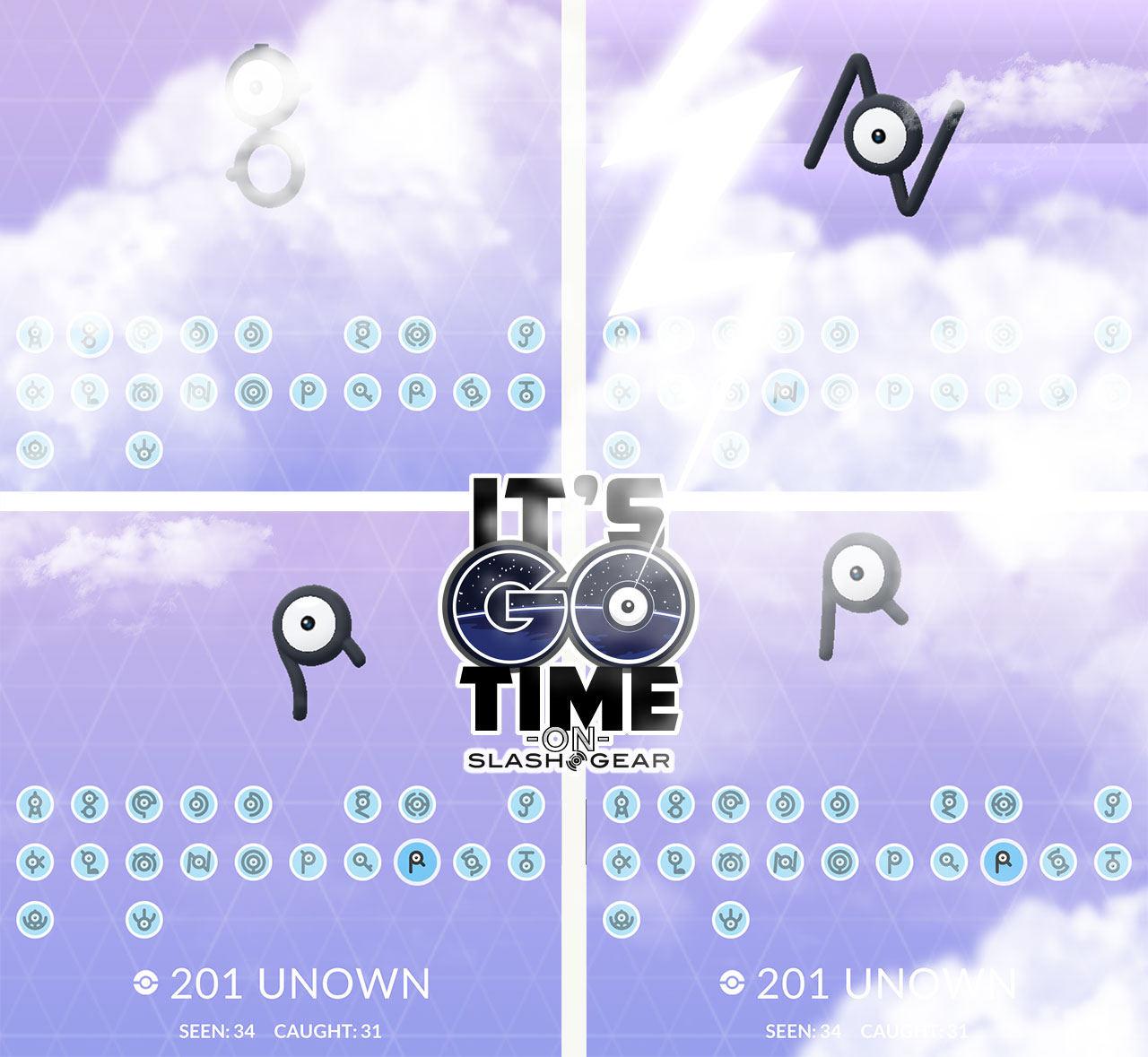 The single set of icons found in the code appears in the Pokedex as such. Each individual animated Pokemon image in the Pokedex remains part of the downloaded data from Niantic. It was in early May that global index trackers – which we will not mention the names of here, because they’re using the game in ways not allowed by Niantic’s rules – showed at SMALL increase in appearances of Unown. That is, all around the world, more Unown appeared more commonly.

Those still seeking Unown – any Unown – any Unown at all – will attest to the still entirely-too-rare nature of the monster. This is not a mistake made by Niantic, nor is it simply a matter of Unown being a rare Pokemon sub-species as it is in the main DS and 3DS games – and GameBoy, of course. Instead, Unown is part of a bigger plan.

This is where things get sketchy. As players have begun to catch on and/or remember (see Reddit), the Pokemon that appeared more common during Adventure Week included several otherwise Uncommon Pokemon: Kabuto, Omanyte, and Aerodactyl. In the original games Red and Blue, these Pokemon were so rare that they appeared as plot points, summoned from ancient times with fossils, so to speak.

In Gold and Silver, they once again play a special part in the game. In the part of the game where the Pokemon trainer enters the Ruins of Alph, they’re given puzzles to solve. Within these puzzles were the keys to unlocking otherwise unobtainable Pokemon – and the first reveal of Unown. 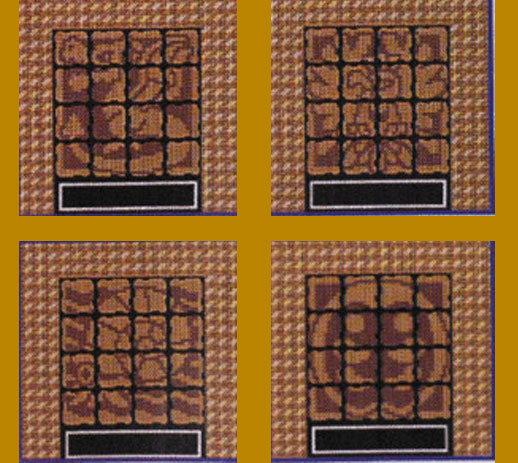 Above and below you’ll see images from the main Pokemon series which include puzzles from, the Ruins of Alph. While I don’t expect that Niantic will include puzzles exactly like these in Pokemon GO, it’s not unlike them to look to the main game for inspiration for events in Pokemon GO. The Unown Pokemon collection is an alphabet – NOT using them to create some sort of unlocking adventure would be a giant waste. 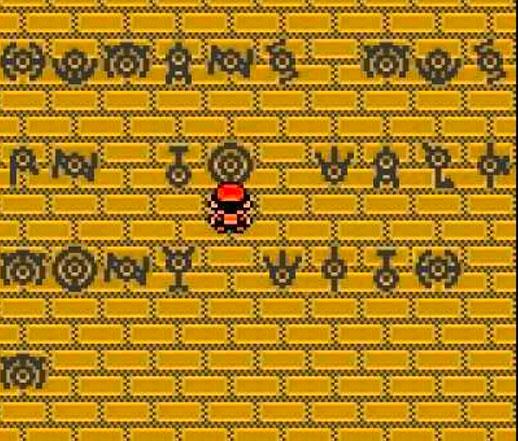 With Evolution Items (Special Items), Niantic has cracked the code for allowing items to affect Pokemon in the game. The combination of Pokemon Candy and Special Items unlocks a new Pokemon when its unevolved form is activated. When the next puzzle comes along, solving it might very well lead to the last Pokemon not yet available in Gen 1 and Gen 2 for Pokemon GO.

As the rarity of Unown right this minute stands, spelling out the names of Legendary Pokemon or Mythical Pokemon would be an insane task. Except for cheaters who rely on bot accounts to do their hunting. But look to Niantic’s latest move to see how they’re combatting bots in advance of an eventual Unown Hunt event: Shadowbanning. 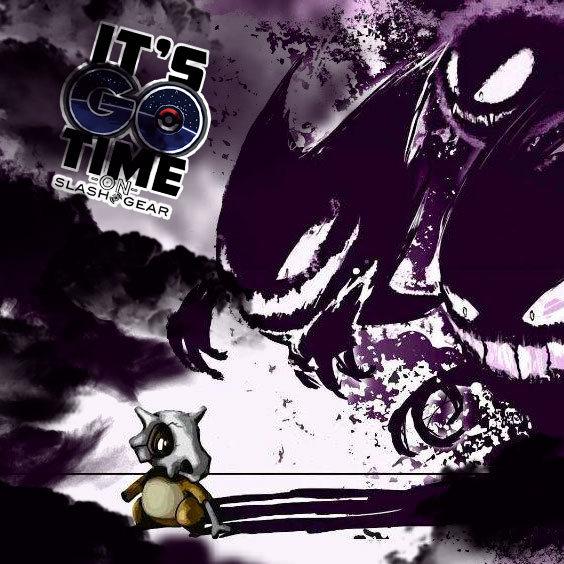 When Niantic flags an account as a possible bot, it’s given a Shadowban. Instead of giving that account a complete kick out of the game, Niantic simply flags it, thereby changing how the game works with the account. The most important part of this new Shadowbanning protocol from our perspective here today is the way in which it handles the appearance of Pokemon.

For a Shadowbanned account, only a small cross-section of common Pokemon can be found. Uncommon and Rare Pokemon no longer appear for them – thereby destroying their chances at revealing Pokemon like Unown to the cheater and/or hacker community. Have a peek at the PokemonGODev Reddit post which has – as far as we can see – the most accurate list of “shadow” Pokemon thus far.

There will be an event during the week of July 5th, 2017. If not for the birthday of this game, then for Independence Day in the United States. And one of the best weeks for getting outside and visiting the beach, taking a cooler with some refreshing drinks to a BBQ, and so forth. There’s no possible way Niantic would skip such a mega-perfect time for an event.

At that event we’d be shocked if Niantic didn’t release at least one Pokemon that’s not yet available in the game. If they end up being Legendary, all the better. In between now and then, keep your eyes peeled for additional updates and tweaks to the way Unown exist in the game and are found – they hold the keys to the future!