As of this afternoon, we’ll be seeing Pokemon line Kyurem, Keldeo, and Meloetta in the game! Pokemon GO had an update overnight which added new potential poses for your avatar, as well as new clothing items. There’ll likely be a new long-sleeved Pikachu shirt, a new long-sleeved Charizard shirt, and Team Rocket gear!

UPDATE: Straight from Niantic (on Team GO Rocket’s latest invasion of Pokemon GO): “From last year’s initial balloon test to their global take-over of our communication channels and the world, what we thought were simply silly theatrics were in fact a highly organized series of tests. Have they truly been planning to roll out this new technology all along? Perhaps they have a new plan in the works!” 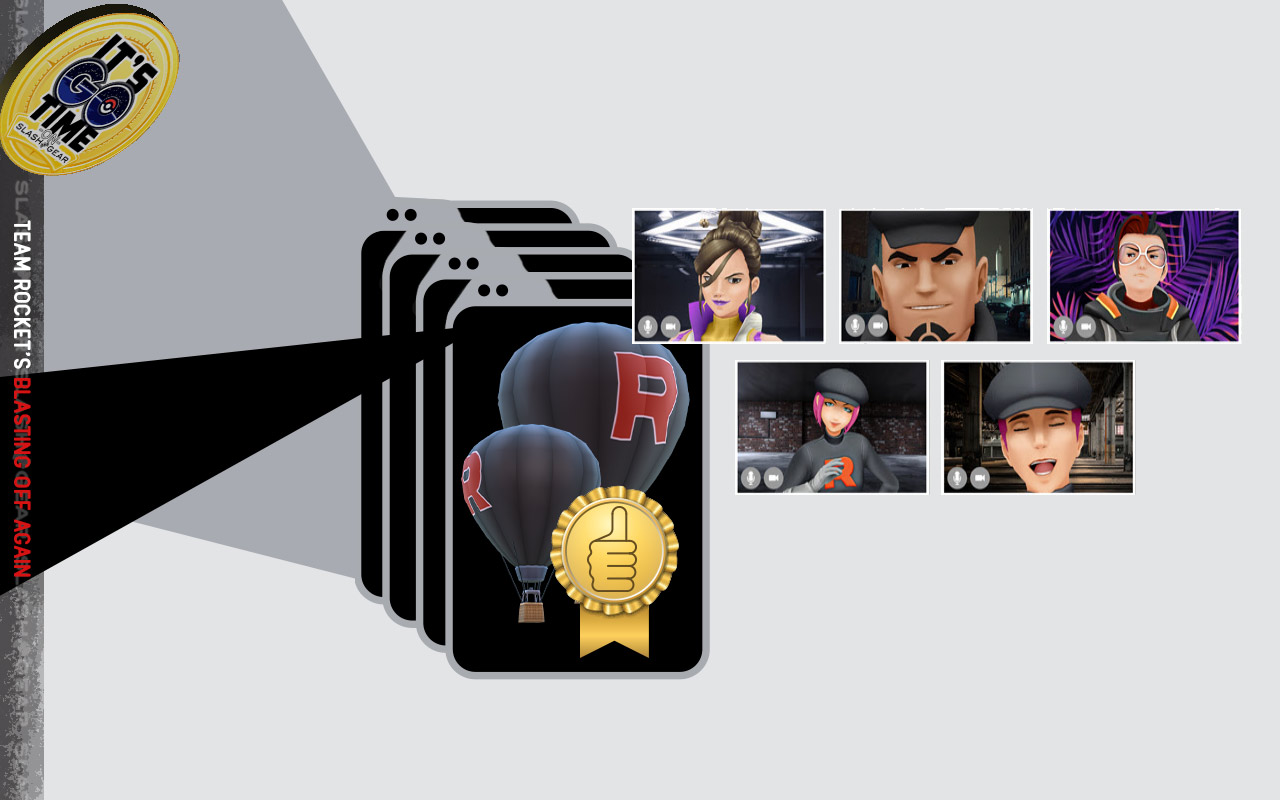 Just before 1PM Central Time (Chicago) here in the USA, the Pokemon GO Battle League went down. This might’ve been an extension of the issues we faced starting back on June 15, but we’d been informed that those issues had already been resolved. This might instead be part of the big (secret) Team Rocket event that’s revealing itself to us this afternoon!

UPDATE: Appearing this afternoon is the Premier Cup in Pokemon GO Battle League. This is alongside the normal Master League, complete with “Max CP per Pokemon: No limit, Limited Selection!”

Limited Selection has an odd assortment of Pokemon, mind you. Included here are Phione, Manaphy, Shaymin, Victini, Keldeo, and Meloetta – for the first time in the game, ever. Seem like a good indication that they’ll be launched soon? We think so!

UPDATE 2: A couple of Pokemon GO codes for you to try – LEQ8C2BQXJATZ, and FTT7V6NDZ6B8X. Enter them in the space at the bottom of the in-game store in Pokemon GO, and you’ll find a few free items (if they’re still valid by the time you see this message.)

UPDATE 3: Straight from Niantic, there’s server maintenance going on right now. It might be done by the time you read this article!

Trainers, tomorrow (July 7th) at 10 a.m. PDT, GO Battle League will be unavailable for approximately 3 hours as we perform some server maintenance. Thank you for your patience.

If you’ve been following our reports since June 30, 2020, you know that clues were buried deep in the code for Pokemon GO on iOS. The update with the Team Rocket Balloons system isn’t relegated to iOS, but it was on iOS that we first saw the code. Now, here on July 7, 2020, the truth of the matter is appearing in live game code and direct from Niantic!