This week monkey-loving Pokemon fans should keep their eyes peeled for the likes of Aipom. In addition to the Shiny list coming up soon, the Aipom will be appearing with higher shiny Rates and drop rates right out the gate. This Pokemon can be evolved into Ambipom when enough candy is attained, and will NOT be able to be found in its evolved form whilst shiny – you’ll have to evolve the smaller monkey to make that happen.

Aipom is set to fall as early as tonight, but officially closer to 1PM Pacific Time tomorrow. That’s 3PM Central Time on May 7th, 2019 when the appearance of Aipom will start to be more frequent – and the Shiny spawn rate will be higher therein. This will all turn back to normal once the event is over. Sort of.

You see, each time a new Shiny Pokemon is released into the world (usually), we see the same sort of shiny rate changes. The standard rate, per our tests and comparisons with accounts across the Silph Road on Reddit, is around 1/450 in standard mode. That’s non-event.

So when you see a Pokemon that’s potentially a Shiny Pokemon during a non-event, there’s a 0.2-percent chance it’ll turn up Shiny. That’s not Niantic’s rule – and it could change at any time – but that’s what the research shows over the last several months. 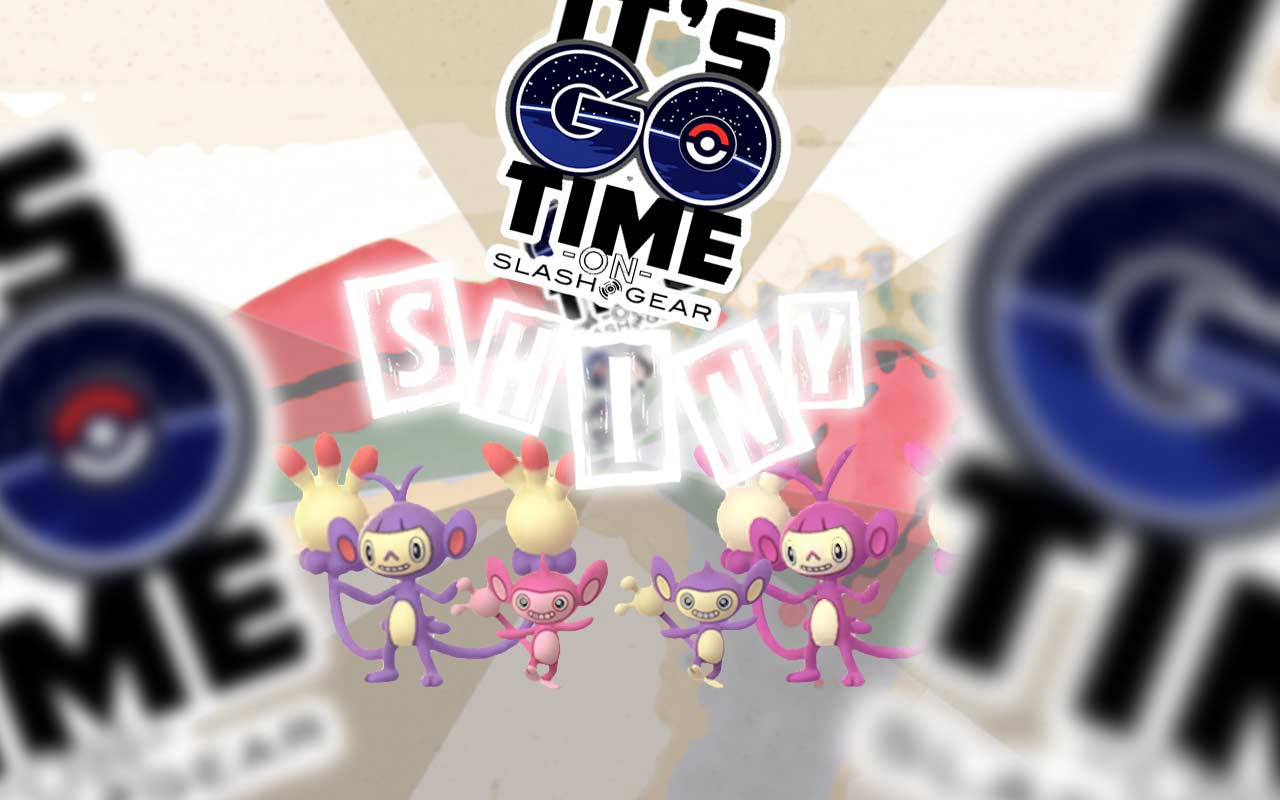 The Pokemon turning up this week is Aipom. If what we’ve seen with recent drops continues to be true with Aipom, we’ll find this monkey with Shiny exterior about 1 out of every 50 spawns. That means out of every 50 Aipom we encounter, ONE will be Shiny.

Does anyone get the sense that capturing these Pokemon is a sort of metaphor for satisfaction in general life? Your chances are OK, but even if you find a Shiny Pokemon like Aipom, there’s no guarantee you’ll be able to catch it.

And even if you catch a Shiny Aipom, what do you really have? You’ll have been authorized to see and control a line or two of code in a video game hosted on a server in California. But you’ll have also captured satisfaction. Temporary, fleeting satisfaction.