The Pokemon GO Water Festival 2019 will include Water Type Pokemon appearing more frequently from Pokemon Eggs, Raid Battles, in Field Research, and in wild encounters. Niantic suggested that Magikarp, Wooper, Wailmer, “and more” will appear more frequently in the wild. That’s with or without water.

There’ll also be more water-biome-specific spawns. That means the following Pokemon will appear more frequently near known bodies of water – if there’s water on your map IN the game, chances are it’s a water biome. These Pokemon will appear in the wild more frequently “around water”: Poliwhirl, Seaking, Lapras, Qwilfish, Mantine, Lotad, Feebas, Piplup, Buizel, and Finneon. 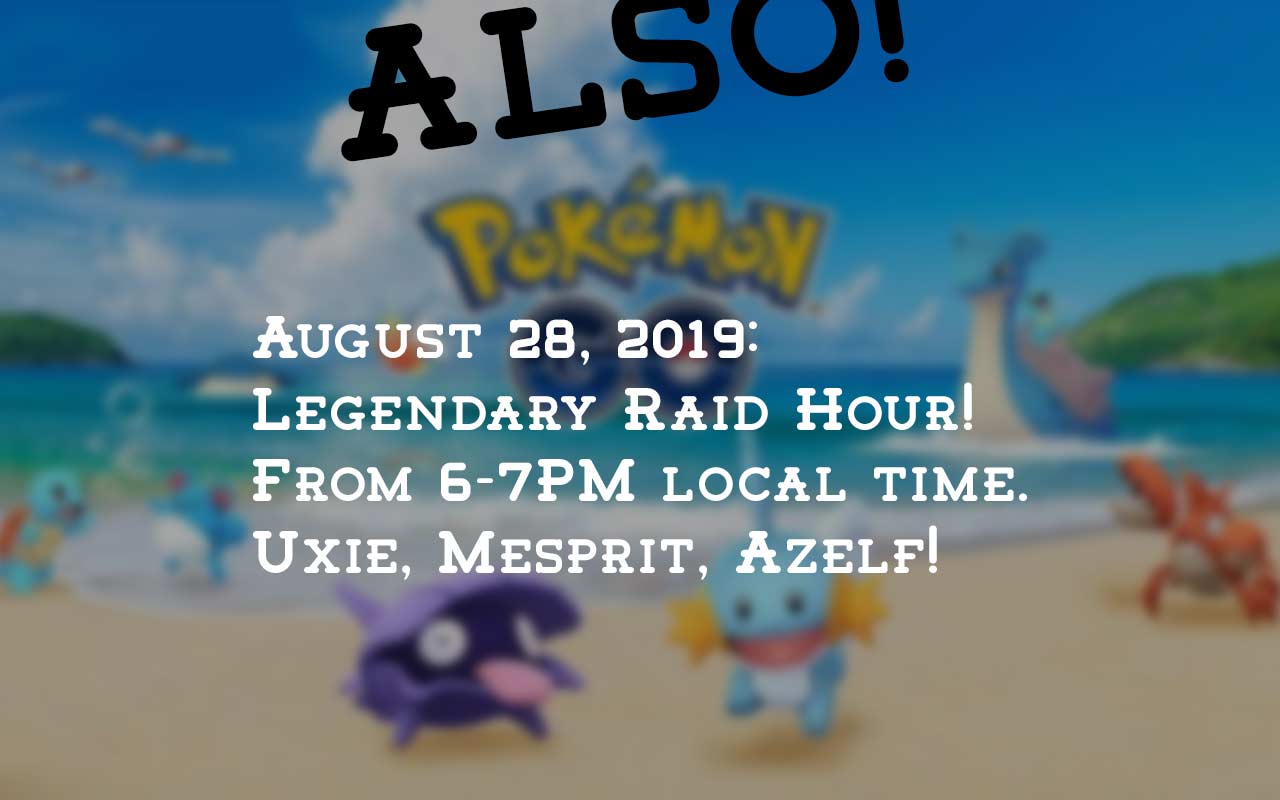 Oddly Niantic included “Wartortle” amongst the Pokemon in the near-water list above. They could mean that squirtle will appear more frequently – that’s entirely possible and likely. They could also mean that they’ll soon start allowing evolved-type Pokemon to spawn in the wild – wouldn’t that be neat!?

Both Shiny Carvanha and Shiny Barboach will be released during this event. Niantic has not said specifically where these Pokemon will appear – but chances are we’ll need to be near water. Cross your fingers the shiny iterations of these monsters will appear anywhere and everywhere – more shiny for all.

The 2019 Pokemon GO Water Festival will start Friday, August 23, 2019, at 1 p.m. PDT. It’ll then last all the way until Friday, August 30, 2019, at 1 p.m. PDT. Sort of as a last-hurrah before the end of summer. This event will go from Friday to Friday, but as usual, it would not be a shock to find some special effects from the event lasting just a LITTLE bit longer than the official end-time – we shall see!