Pokemon GO IV calculators that wont get you banned

As Niantic continues to roll out their biggest ban-waves since the start of Pokemon GO, users begin to become more wary of using 3rd-party tools. Today we’re going to run down a list of IV Calculators and Evolution Calculators for the masses – ones you’ll be able to use without worrying about breaking the Pokemon GO terms of service, thereby getting you banned for life – or maybe just a very painful afternoon.

The most basic of calculators comes from a group of users working with a process so extremely safe that it’s unlikely it’ll ever even begin to be assessed by Niantic as breaking any terms of service. This is a Google Spreadsheet – made by AGGIXX. Users enter in the Pokemon they have, CP, HP, the price of dust at the time they’re calculating, and answer whether or not this Pokemon has already been powered up. 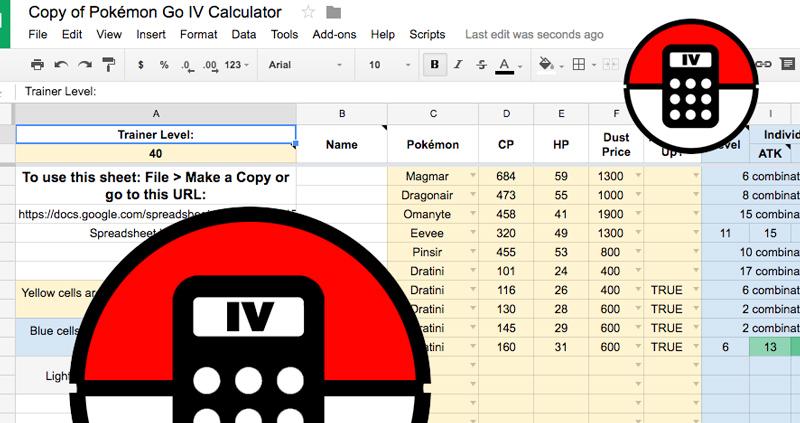 One the user does these things, the spreadsheet will give them either individual values (attack, defense, stamina, level) or it’ll suggest how many possibilities are available for that Pokemon. If there’s just one, the user will see the percentage perfect this Pokemon is – or how awesome it can be, that is to say.

The app known as IV Calculator – PokeGO Master is made for Android to create a calculator that sits on top of the Pokemon GO game app. Whenever the user needs to calculate some individual values, they just tap the PokeGo Master icon (a tiny yellow circle), and several panels appear. 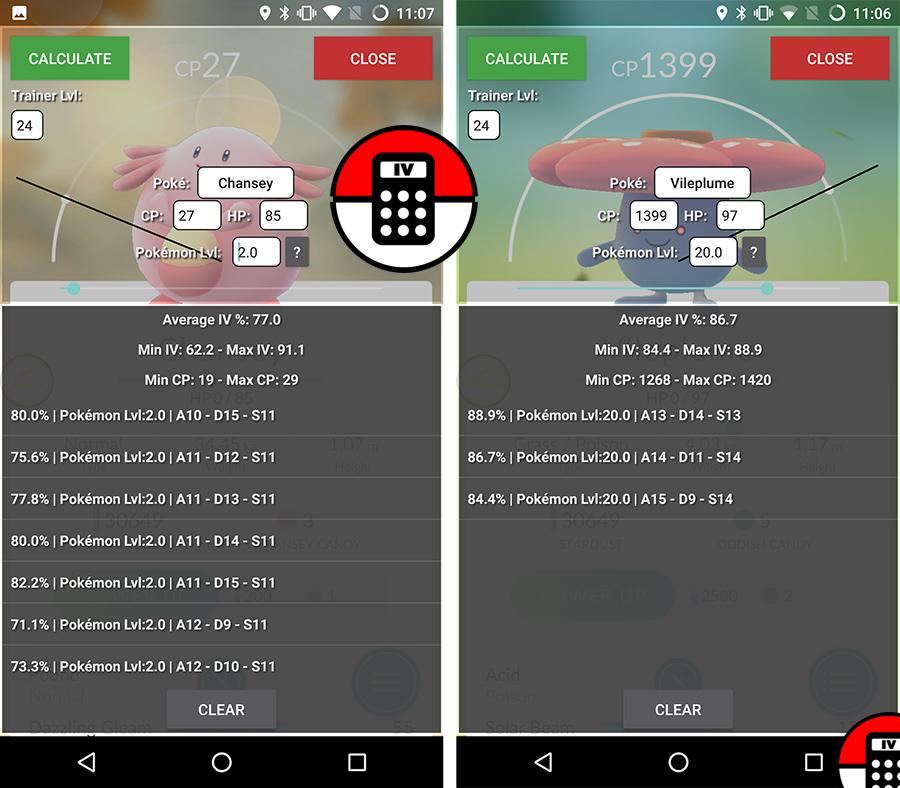 The user enters the name of the Pokemon, CP, HP, and level (as accessed with a protractor system overlay), and calculate values. This system, too, will give the end user a set of possible values – or just one if there’s only one possibility.

This app is slightly less safe than what’s shown above because it is, indeed, a 3rd-party app that runs at the same time as the Pokemon GO app itself. Whether or not there’s any possible way Niantic would be able to know the user was running this, we can’t really be 100% sure.

While it seemed as though PGnexus would be around forever without any consequences for any users or developers involved, that might not be true anymore. Recent reports from the developer community SlashGear frequents have suggested that a large cross-section of users that’ve used this service (as well as a number of other services that may or may not be related) have had their accounts banned within the last week. 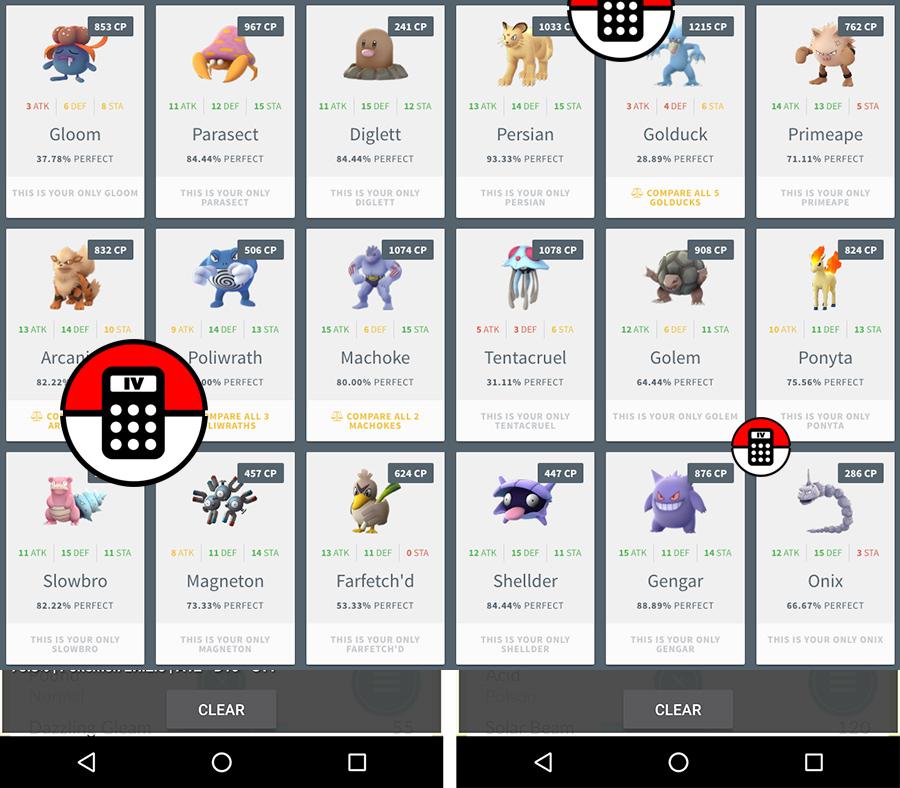 On the other hand, many haven’t been detected or banned – including an account we’ve been using for testing such services. If you’re feeling lucky, head to PGnexus to get the easiest-to-use IV calculator in the world – showing your entire collection of Pokemon in your account all at once, with correct percentages and several options for sorting.