Today we’re having a peek at tips on what’ll come to Pokemon GO in the weeks after Halloween. Generation 3 Pokemon from the Hoenn region are coming! That means new evolutions, new Legendary Pokemon, and perhaps most important of all: new Baby Pokemon! Everyone knows that the most exciting Pokemon in this generation is the de-evolved version of Wobuffet, the questionable Pokemon called Wynaut!

Before we go too far, lets run down the Pokemon that’ve already been released this week. They’ll continue to be available beyond this week, but they’ll be less common than they are this week. Except for Witch Hat Pikachu, who’ll go away for what may be a forever sort of length of time. 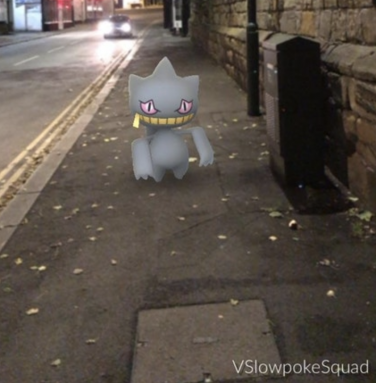 Important to note, amongst those Pikachu in this collection, Raichu cannot be found with a Witch Hat in the wild. Users must evolve a Witch Hat Pikachu to attain the Raichu as such. The Witch Hat Pichu is probably the most rare of the three, coming only from a Pokemon Egg, not available in the wild.

For more details on Halloween, have a peek at our recent Halloween Event Details Decoded and go for that shiny business! Yes, there are Shiny Pokemon in this event.

It would seem that each Pokemon added to the game now through the future are set to include a Shiny version right out the gate. The Shiny models for each Gen 3 Pokemon revealed thus far are in the code, and we have confirmation of at least one of these Shiny monsters appearing this week straight from a Pokemon egg. 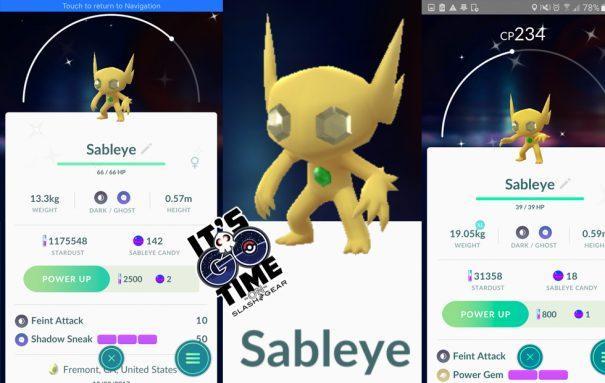 Behold! The Shiny Sableye, one hatched from a 10k Pokemon egg, the other found out in the wild. The egg was picked up after the start of the event, mind you – this Pokemon cannot be found in an egg picked up before the 21st of October. There’s no guarantee that there’ll be a litany of additional Shiny Pokemon in this Gen 3 Halloween – but the possibility remains!

The next step in this line of releases is likely the next couple of Baby Pokemon. At least, that’s where this will go if we follow the plan outlined last year – the plan that we’ve already busted up with the release of Gen 3 Pokemon during this Halloween event. Niantic’s playing tricks with our minds as time goes on. 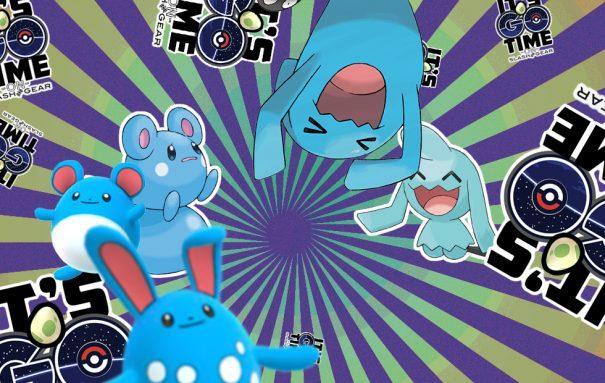 Last year we saw the birth of some super cute Baby Pokemon before the big release of Gen 2. Now there are only two Baby Pokemon in Gen 3 and some time between now and Christmas – so what better way to celebrate Thanksgiving than with an Azurill and a Whynaut?

Azurill is the earliest evolutionary type behind Marill, the Pokemon that then turns into Azumarill. The baby Azurill is a Normal and Fairy Type Pokemon, while its evolved types are Water and Fairy. 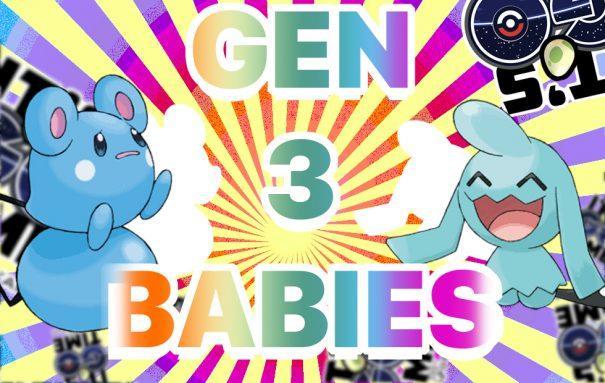 Meanwhile Wynaut is just about the cutest Pokemon in the world, going for a most-cutest competition battle against Azurill for certain. Wynaut is a Psychic Pokemon just like its evolved form, Wobuffet. Wobuffet isn’t much of a fighter, but it generally seems to be stacked with a whole lot of hit points. Maybe with the release of Wynaut, an evolved Wobuffet can finally become Gym-class useful!

Continue the conversation in the talk we’re already having over at PoGo Central on Facebook right now! It’s all about Dark and Ghost Pokemon right now – and babies next!