This week we’re taking a peek at the popularity of each Pokemon GO event thus far, ranking them to see how Niantic will handle the future. Remember this article for your future research, as it contains information that’ll remain true forever. Connect these details to the details supplied in the future to see how the game continues to function through the year 2017. What kind of events should we expect?

Niantic started out the year – in July, that is – with a bang. Pokemon GO started with monumental success with revenue reaching $40-million in their first week. Then things started to fall, and fall quick. By August, revenue was below $20-million, back up closer to $20-million in September, and down to close to $5-million near the middle of October. Then the events started to happen. 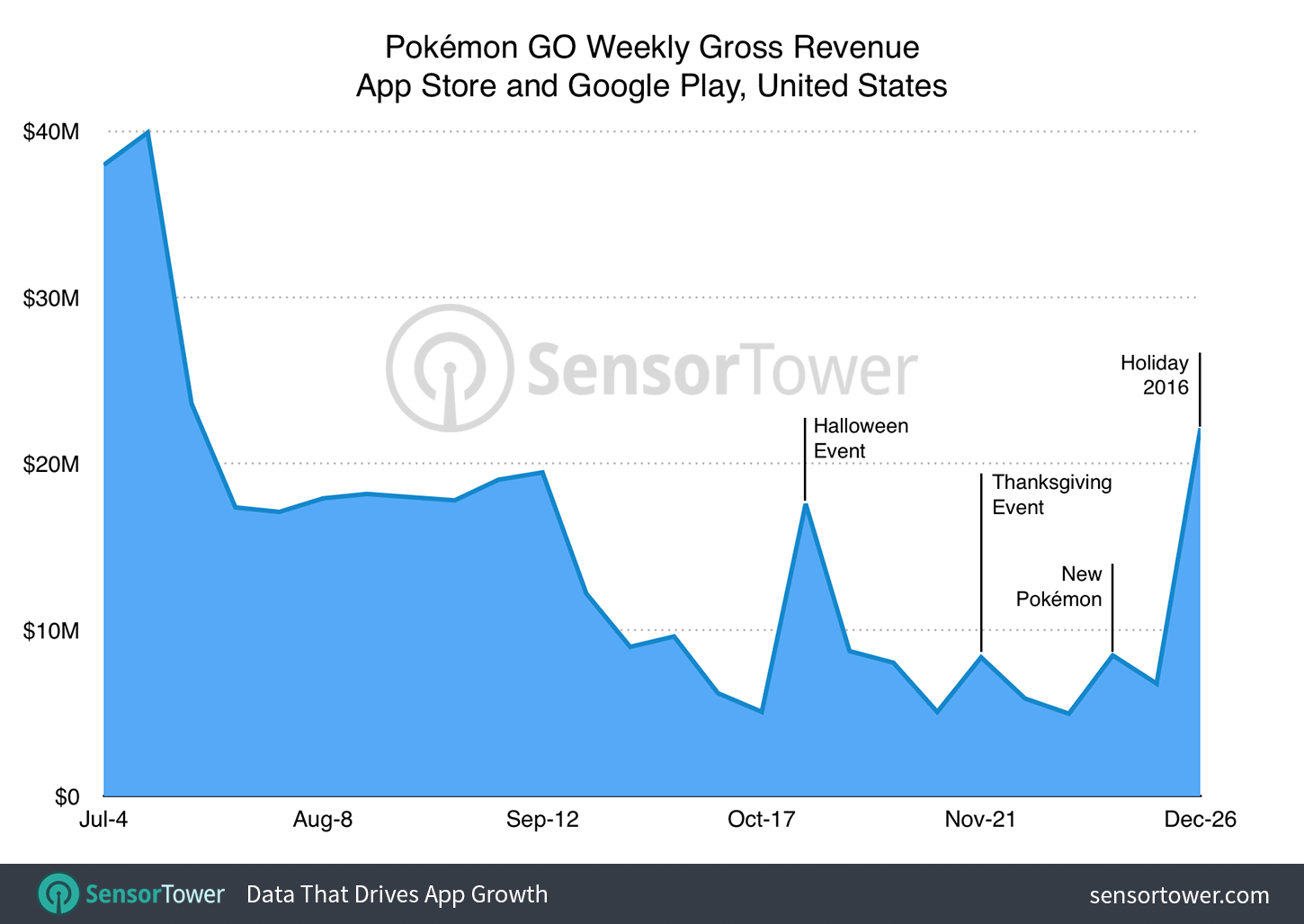 The information you see above comes from the analytical company SensorTower. While we cannot confirm that the data is 100% accurate – exact dollar amounts, that is to say – the ranking system they have here works perfectly well for what we’re about to do. As such, heed the money.

Halloween was the most awesome event of the year if only because it was relatively unexpected. SlashGear got word of the event happening early – and our source turned out to be extremely reliable through the rest of the year telling us about potential future events. Halloween brought the company back to over $15-million in weekly revenue.

Thanksgiving by comparison was a bit of a flop. Niantic tried to keep some of the good features of the Halloween event, and kick out others. As it seemed to turn out, they may have kicked out too many. This was rectified by the fourth event. Or the third event, if you’re not counting the release of the Gen 2 Pokemon.

Revenue during the release of Gen 2 Pokemon in eggs was roughly the same as during the Thanksgiving event. I consider this event to rank higher than the Thanksgiving event only because the benefits and changes did not roll back after the event was finished. These new Pokemon can still appear in Pokemon Eggs today, and will through the future, as well. 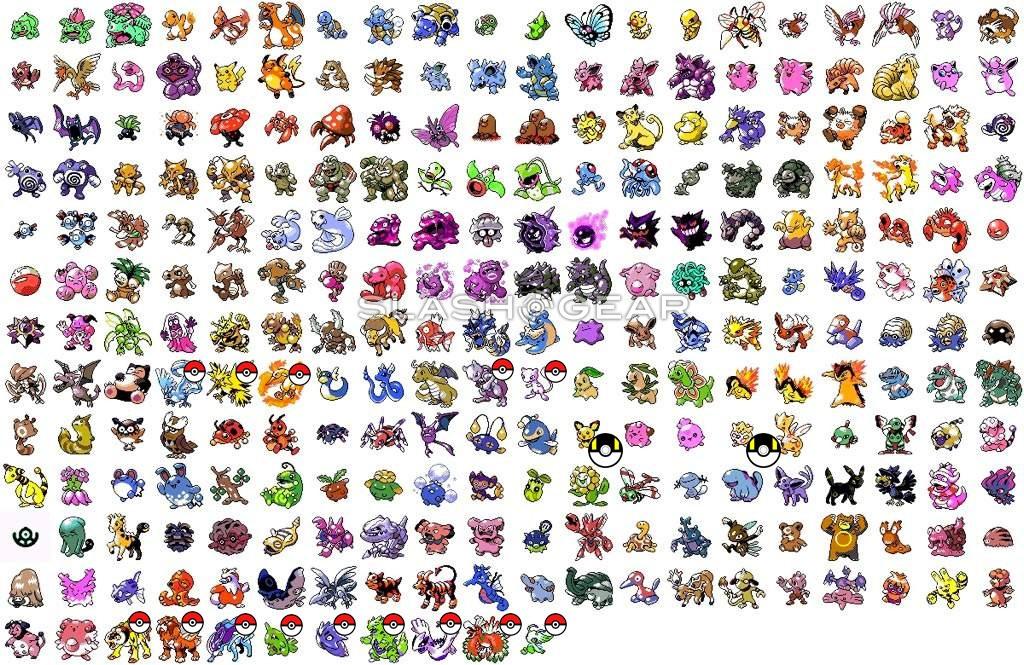 During the “holiday season” of the year 2016, Niantic jammed out feature after feature in a set of two events over the course of two weeks. A new special edition monster, Santa Hat Pikachu, appeared, and the company released more Egg Incubators as reward for spinning Pokestops. New Gen 2 Pokemon became more common in Pokemon Eggs, and the first three “starter Pokemon” spawned at an increased rate.

Niantic may be in danger of seeing users only play when an event is occurring because of a perceived disadvantage whilst an event is not going on. Users may end up buying fewer Egg Incubators, for example, expecting that the next event will allow them to attain additional free Incubators from Pokestops. This could affect Niantic’s profit model – or it could just be an indicator that Niantic is moving forward with additional sponsorships with companies like McDonalds and Starbucks.

For a full list of possibilities for new Pokemon coming over the next several weeks, have a peek at our Pokemon Gen 2 Guide and stick around. Our Pokemon GO Twitter portal is ready and raring to go with early information on the game, data from unique biomes, and all release news!