This week it’s been leaked that the next Pokemon GO event will center on TWO different Pokemon Types. This next event will focus on both Pokemon of the Fire Type and Pokemon of the Ice Type. While this might lead some Game of Thrones fans to speculate about a connection to the Fire and Ice origins of the series, hold off – that series doesn’t start for another month. This event starts as early as next week!

The next Pokemon GO event has been tipped by the inside source working with Team Evolution. This is the same team of Pokemon GO enthusiasts that’ve gotten a couple events a couple days in advance over the past few months. This newest event, they suggest, will be a “refreshing event” – though we’d rather see some new types of events if we’re really going to talk about true refreshment. 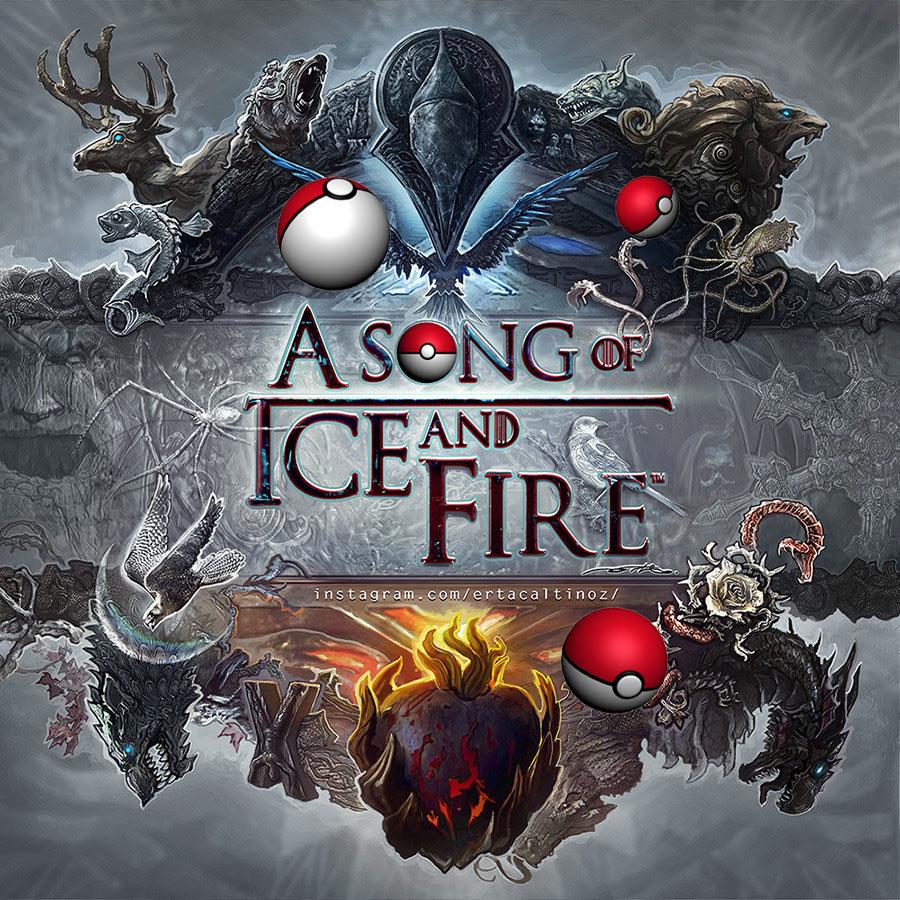 The artwork above was made originally by digital painter and fantasy artist Ertaç Altınöz and posted to ArtStation. It was then modified by SlashGear. The modified bits are all… you know… Pokeballs.

The big difference between this and past events is the inclusion of more than one Pokemon Type. In the past the game’s events have focused on a single type, like Ghost Type Pokemon for Halloween, while this one goes for two at once. The same source as mentioned above suggests that Cyndaquil and Swinrub will be more common – as will Charmander.

There’ll be a discount in the in-game store, as well – just a few weeks after a very similar discount. Lucky Eggs will be half the price they are right this minute – so it’d be smart to keep your buy-finger still until then. Wouldn’t want to buy two eggs where the same cash would buy 4 in the near future.

Stick around SlashGear’s @TeamPokemonGO Twitter portal for more information as it arrives! See all the memes and the gifs and the early leaked shows of information there too. Maybe even a video or two, depending!