Today our continuing collection of tips and so-called “cheats” for Pokemon GO continues with a bit of research on Pokemon Eggs. These extremely strange elements in the game are one of the biggest motivators for users to get out and walk – long distances for big-power Pokemon. Three tiers of eggs exist – 2km, 5km, and 10km, and it’s generally understood that each egg level’s distance suggests the power of the resulting Pokemon – better Pokemon for longer distances. Over the past couple of weeks we’ve gathered some insight on the best way for users to hatch these eggs, as well as a chart showing which Pokemon come from which eggs.

First, the chart. Here you’ll find a number of Pokemon listed according to egg size. This image was compiled by the folks at Stejac – it matches the list we’ve compiled previously, suggesting that it is accurate at the time at which we’re publishing this article on July 21st, 2016. 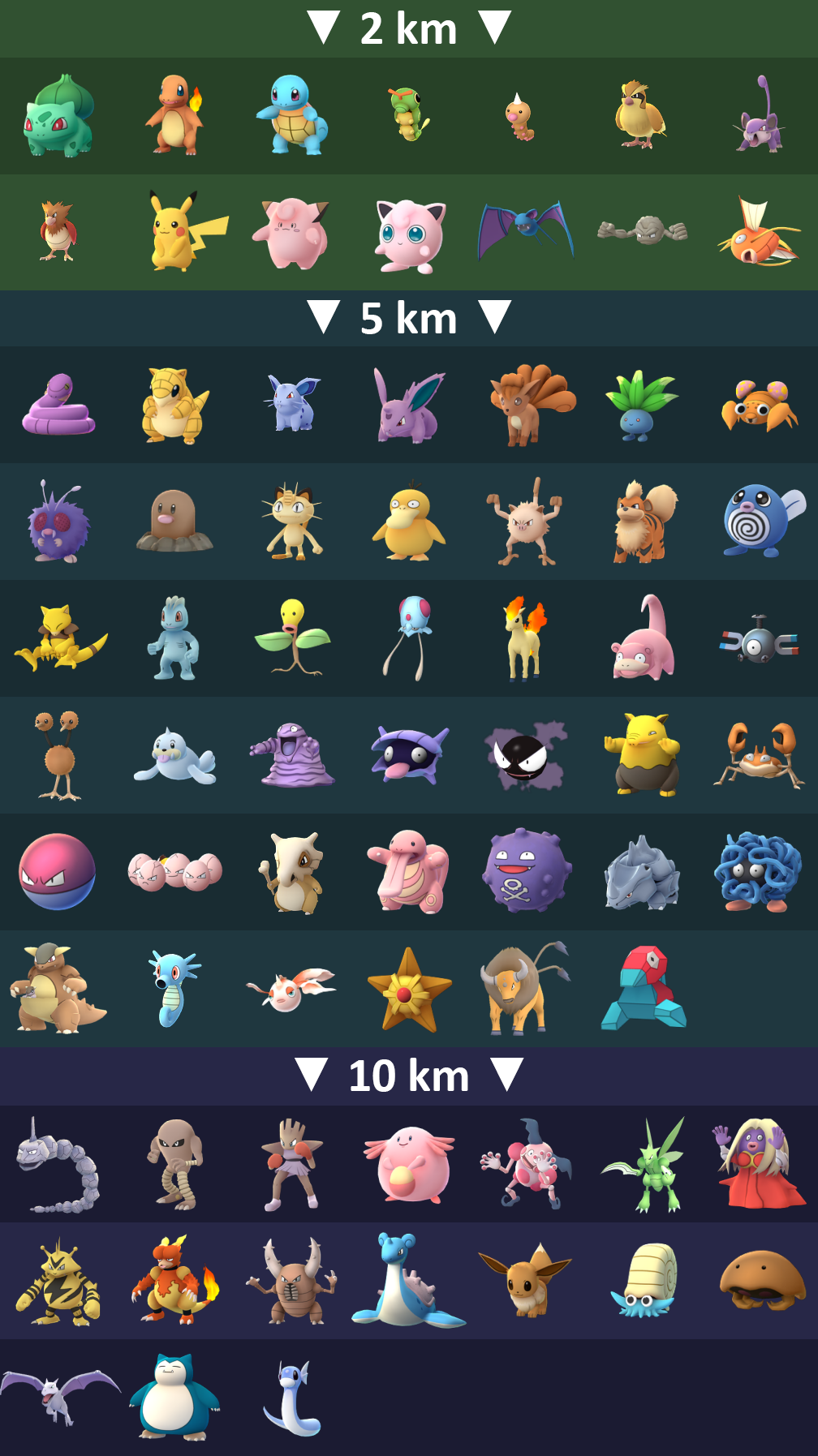 There have been rumors that some Pokemon cannot be hatched from eggs depending on region. We’ve spoken with trainers that’ve hatched at least one, if not several of the few Pokemon suggested to only be able to be found in certain unique regions of the world.

Farfetch’d may end up being added to eggs once larger regions of Asia are added to Pokemon GO. Think Japan. Unless Niantic says otherwise, we’re going to remain confident that all of the Pokemon in the egg chart above are available in all regions.

Egg distance walked in Pokemon GO is not measured by step. You cannot, for example, use your smartphone on a treadmill with the app open expecting to add any distance to any of your eggs. Instead, the app uses time and location to decide how far you’ve moved.

There is a limited amount of distance you can go in a certain amount of time.

As such, you cannot gain egg distance by doing the following:
1. Driving your car (unless you drive under 15 miles per hour, or so).
2. Flying in an airplane (no matter how slow you’re flying).
3. Closing the app, moving extreme distances, then opening the app again.

You need to keep the app open and walk in a straight line for maximum distance. If you walk in a circle for 100 miles, but end up in the same place you started at the point at which the app checks in on your distance, you might end up receiving no distance added.

The best way to hatch eggs is to drop them in an incubator and walk in a straight line. At the moment there’s no easy way around it – get out and go!