Pokemon GO Halloween will be in full effect later this week, so it’s time now to prepare! First we’ve got to get our heads wrapped around the details. The most important part of this event will be the appearance of Darkrai in tier five raids, if you’re looking for the most powerful Pokemon available in the month of October. If you’re looking for Halloween-themed Pokemon that might never appear in the game again after this event, you’ll want to watch the streets!

Tier five raids will include the release of Darkrai. This event with Darkrai will start on October 17 at 4PM ET, and will last until November 1, 4PM ET. That’s the same start and end time universally – so convert to find your own time if you live in a different time zone.

Darkrai always has either Snarl or Feint Attack (both Dark Attacks) as its fast move, then one of three moves for its charge move. Charge moves can be Focus Blast (Fighting type), Shadow Ball (Ghost type), or Dark Pulse (Dark type). Darkrai is weak against Bug, Fairy, and Fighting type Pokemon. Darkrai is similarly strong against Dark, Ghost, and Psychic type Pokemon – so you’ll want to avoid using Pokemon with those types as much as possible when going in for a raid!

This event will also include the release of the Forbidden Pokemon: Spiritomb! This will be the only time this Pokemon was made available in the game thus far EXCEPT FOR the same event last year. Almost like this monster only comes out for candy!

As Spiritomb was able to be transferred (unlike Pokemon of extreme rarity like Mew or Celebi), there was a far greater chance than normal that these Pokemon might’ve been removed from players’ collections. Now they’re back – for a short bit. You’ll need to complete some tasks (Special Research, that is), then you’ll get a SINGLE encounter with Spiritomb – make it count! 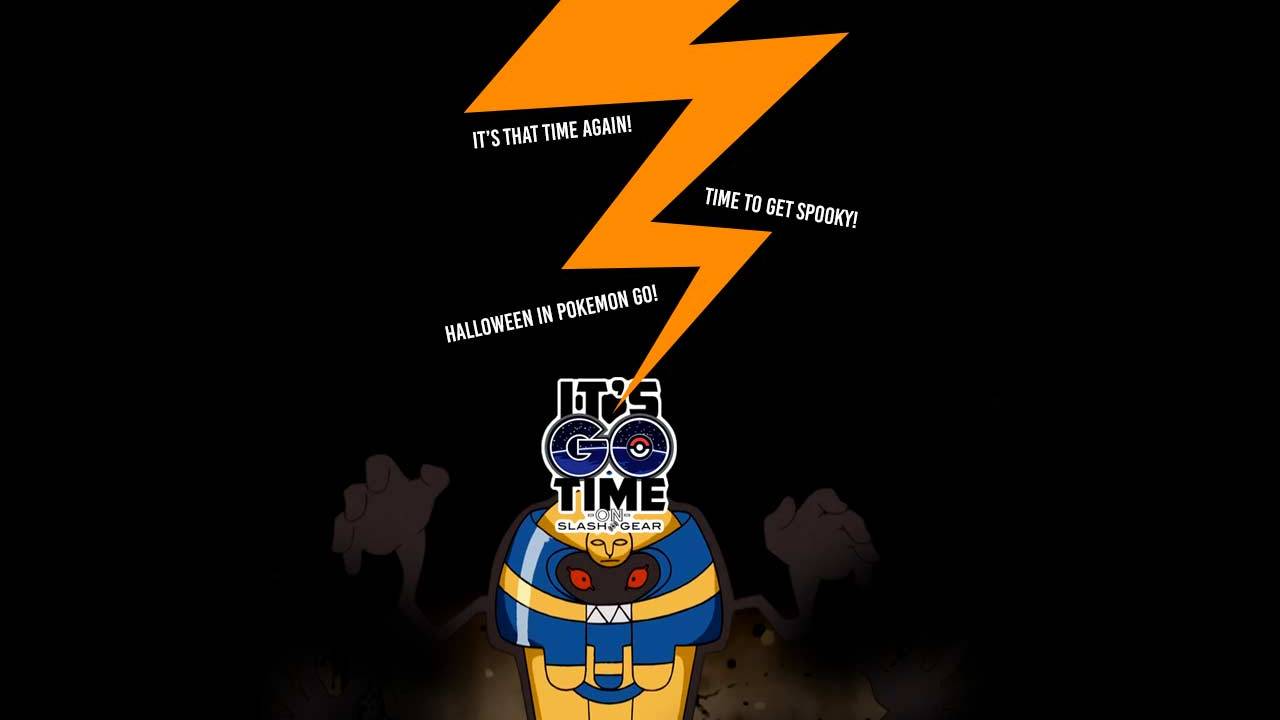 This Pokemon season will also include the likes of Lapras, Magmas, Mareep, and Trapinch, all in Shadow Pokemon form. At the same time, several Pokemon with special costumes will be revealed.

There’ll be those 4 new Pokemon variations, then their Shiny variations, plus the Shadow versions of at least 4 more Pokemon. It’s not clear yet whether we’ll see these Pokemon in evolved forms with said costumes – or if their evolutions will be blocked to avoid costume-changes.

And there’ll be a Shiny Yanmask, which means we’ll have shiny Cofagrigus – because with one comes the other. We’ll have imagery of these Pokemon via the game files release this week – soon! Stick around SlashGear for more Pokemon GO action all week – and well into the future, too!