Pokemon company gets weird with it for Bidoof Day 2021

Today is a Pokemon Company-invented special holiday called Bidoof Day. This is the first year where The Pokemon Company has suggested that it is a holiday, and it won’t likely be the last. Given the seemingly-endless array of Pokemon that now exist in the Pokemon universe here in 2021, one could ask: Will The Pokemon Company assign a Pokemon to every single day of the year, starting on July 1 with Bidoof?

There’s a video The Pokemon Company shared with a “Special Message from Bidoof” that might shed some light on your questions about Bidoof Day. This video is also a joke that will require you to have you speakers turned up JUST enough to hear basic audio. Make sure they’re not blasting.

There’ll be a Bidoof event on Twitch today from 9AM PDT to 5PM PDT. You can check that bit out over at The Pokemon Twitch channel. The Pokemon Trading Card Game team released Bidoof wallpapers for your mobile devices. The Pokemon TCG Online crew have Bidoof-themed log-in bonuses right this minute, too.

Above you’ll see a video from The Official Pokemon YouTube channel showing a Battle of the Bidoof. This battle is between two Pokemon card game champions with Bidoof-themed decks. It’s a Bidoof battle for the ages.

Pokemon GO started the party early with a Bidoof Breakout event that’s culminated into a monster Bidoof Day today. There are so many Bidoof in Pokemon GO right now, you’ll be drowning in Bidoof. 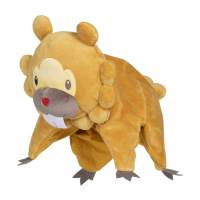 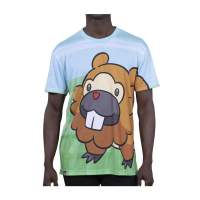 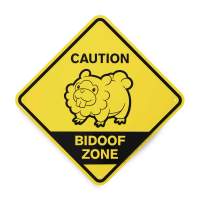 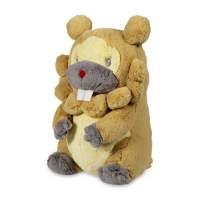 The Pokemon Center store made sure to release a whole bunch of new Bidoof-themed items this morning just in time for the event. Or maybe they added to the collection too late. Or very well in advance of the next Bidoof day next year? In any case, there’s a Bidoof Black Playmat for the card game, a “Gnaw On” t-shirt, Comfy Friends plus, Plush Hat, allover-print shirts, and a tin sign that says CAUTION: Bidoof Zone.