This review is going to be short for one reason, and one reason only: there’s not much to say. PlayStation Now works, and it works great, but until its pricing model is changed to be more like Netflix, I can’t imagine Sony having a massive amount of success with it. Not because it’s not worth the price, mind you.

Sony has a task ahead of itself: proving to the world that renting a digital copy of a game is worth the price you pay. Until they can do that, people will come in to PS Now expecting to pay the same amount of cash per month that they do for Netflix. 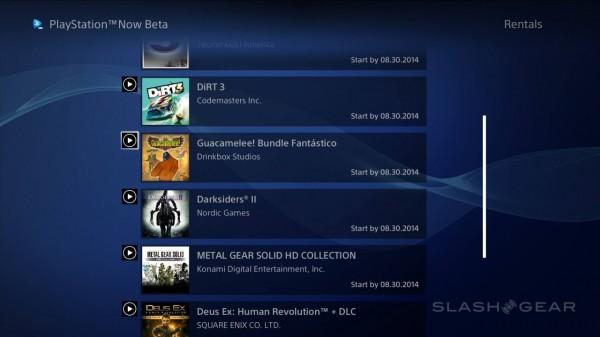 That’s how successful Netflix is – they’ve blasted their success at our faces so pervasively that we’ve got headlines like this: EA Access is Netflix for games on Xbox One. You could say the same about Spotify for music – they own the branding of this model.

Past the fiddling with the business model, PlayStation Now works. It works extremely well.

Beyond the occasional extra wait to load the game up from Sony’s servers, we’ve had nothing but success in playing a variety of games thus far. What you’re about to see here is a demonstration of Twisted Metal.*

*Which reminds me – where’s our Twisted Metal sequel? It’s high time for more of the premiere death arena for cars! Look at how good this PlayStation 3 game looks on the PlayStation 4. Imagine what a next-gen game could look like! 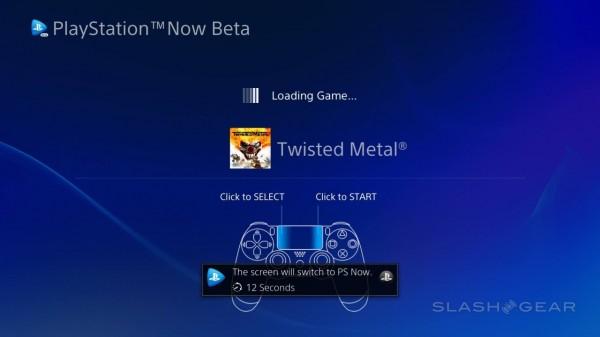 These along with over 90 more titles from the PlayStation 3 library are out there right this minute. The system is still in Beta mode and they’ve got over 100 titles right off the bat! 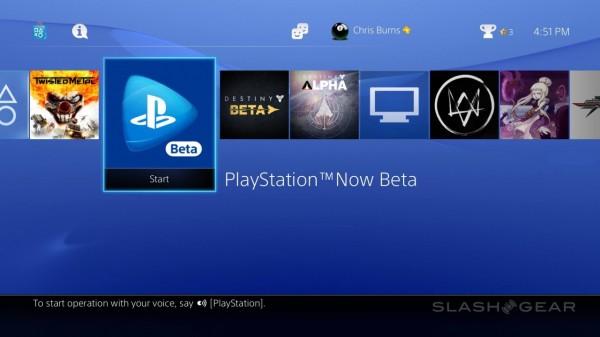 Long story short: PlayStation Now looks great, plays great, and barring the PlayStation 4 ever getting backwards compatibility in the future, PS Now is worth the money. What other choice do you have?

NOTE: This review reflects our time with the BETA of PlayStation Now on the PlayStation 4. When this system expands, our review will expand.