Many games that are releasing in the coming months with have current-generation and next-generation versions, with many publishers offering current-gen buyers upgrades to those next-gen versions either for free or for a fee. On Xbox Series X and Series S, there’s an official way that publishers can offer cross-generation upgrades called Xbox Smart Delivery. Sony hasn’t revealed such a program for PS4 to PS5 upgrades, but it seems that it will at least show a badge on box art for games that have some kind of PS5 upgrade available.

We got our first look at this retail branding on the box art of Ubisoft’s Immortals Fenyx Rising, which was revealed this week. Down by the age rating in the lower left-hand corner, we see a badge that says “PS5 Upgrade Available,” with a “1” that indicates there’s a footnote on the back of the box we should look to for more information.

Frustratingly, we only get to see the front of the box here, so we don’t know what kind of information that footnote actually provides. It seems safe to assume that it details the process of upgrading a retail PlayStation 4 game to the PlayStation 5 version, which is a big question mark concerning these cross-generation upgrades. After all, it’s easy enough to verify digital copies and offer cross-generation upgrades for those, but when you’re working with a retail copy of game, things presumably get a little more complicated. 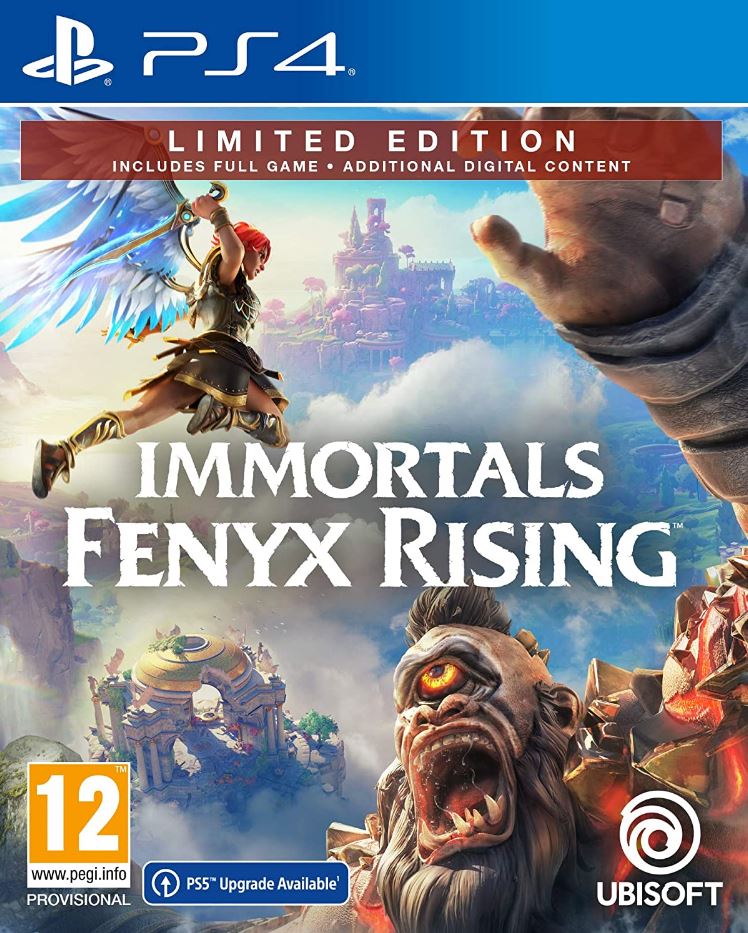 In any case, a number of publishers have already committed to offering cross-generation upgrades for those who buy on PlayStation 4 and Xbox One. Cyberpunk 2077, for instance, will offer free upgrades to players, while other titles like NBA 2K21 and Call of Duty: Black Ops Cold War will charge fees to upgrade.

So, in lieu of Sony confirming some kind official PS4 to PS5 upgrade scheme, it seems that publishers are coming up with their own ways to do cross-generation upgrades. We’ll see if Ubisoft clarifies how the PS5 upgrades will work in the case of Immortals Fenyx Rising, so stay tuned for that.