The game Abandoned was just teased by the folks at Sony for the game platform PlayStation 5. This game looks shockingly realistic. They’ve gone ahead and jumped over the uncanny valley – at least here in the trailer – and made it clear they’re not afraid to work with unsaturated capture and simple sensibilities to make the whole experience feel like a real nightmare. Then, at about the 1:10 mark, they messed it all up.

The trailer fades in on a chilling forest scene. Most games refuse to move this slow. Most games wouldn’t dare sit still like this, or allow what’s shown on screen to be in some way extravagant. Video games are usually an escape from reality – most of the time, that idea lends itself to games that are wild and crazy. 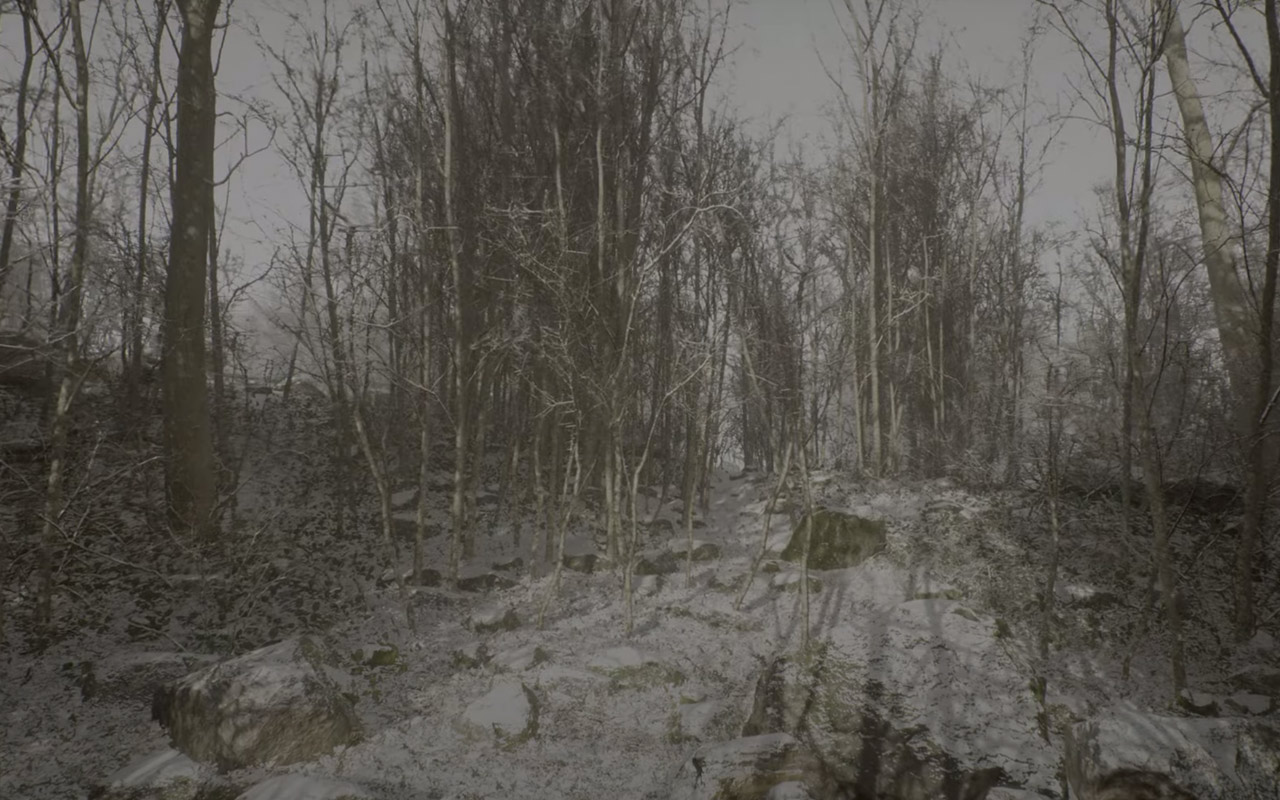 But here, it’s simple. It’s like they went all-in on a “simulator” game, ramped up the reality factor to 10, and turned it all into a horror thriller.

They’ve made the glimpses of the game in this trailer appear real by allowing what’s seen to appear slightly blurry, cruddy, and/or unphotogenic. They’ve selected some scenes here that aren’t just the most beautiful arrangements nature’s ever constructed. They’ve selected scenes that, were you walking around in the woods, you wouldn’t think to want to capture with a camera.

They’ve gone a step further and captured some scenes where nothing is happening. Most of the time, the woods are filled with moments in which nothing noteworthy occurs. That’s reality – that’s part of what makes this look real.

Then they started making mistakes. At approximately 49 seconds into the video, they show some of what they’re clearly suggesting is graffiti. But the letters are identical – or so close to identical that it looks like a font. 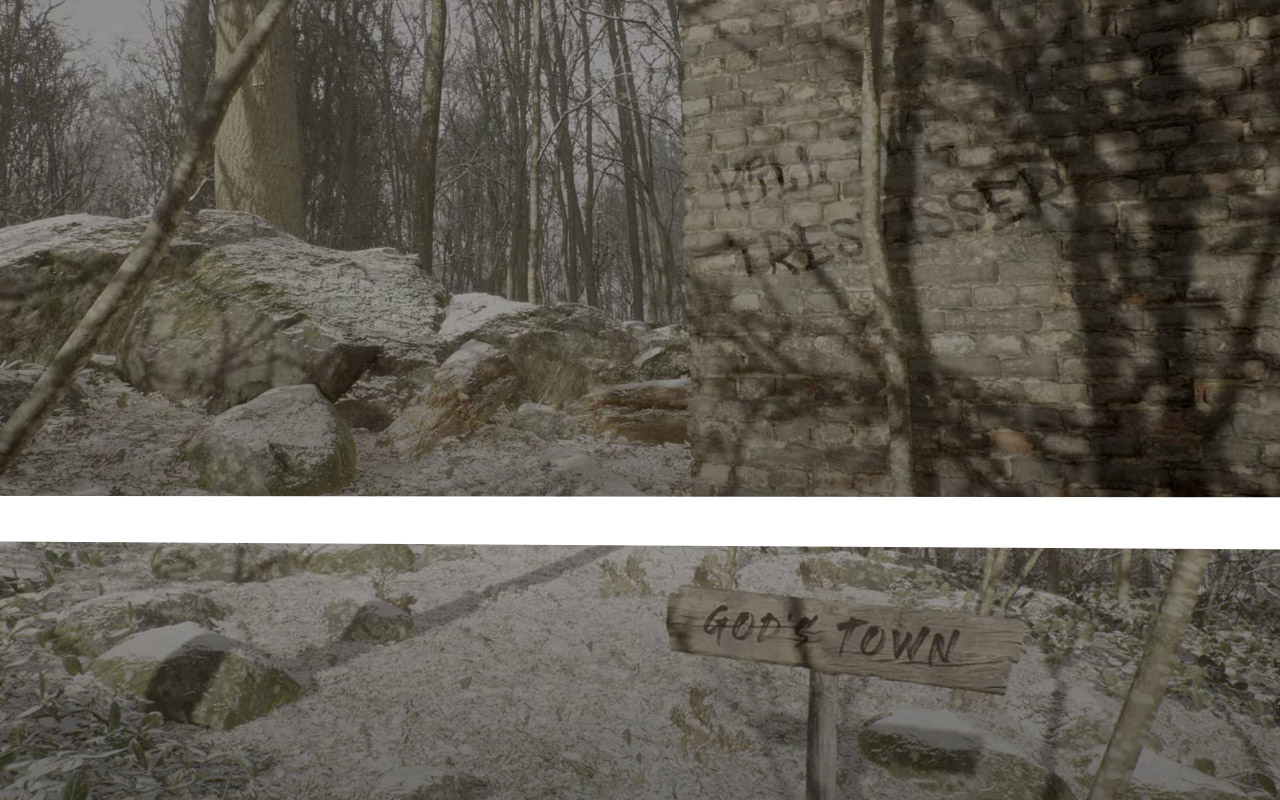 The same situation appears at around 56 seconds into the video. There you’ll find a sign that says “GOD’S TOWN”, precisely spaced with identical instances of the letter “O”.

At around 1:10 a scene depicts a campfire. It really shows how good the rest of the work on the forest is, as this campfire looks like it was placed in the scene with some sort of basic augmented reality app, and the smoke looks like a small set of image files. 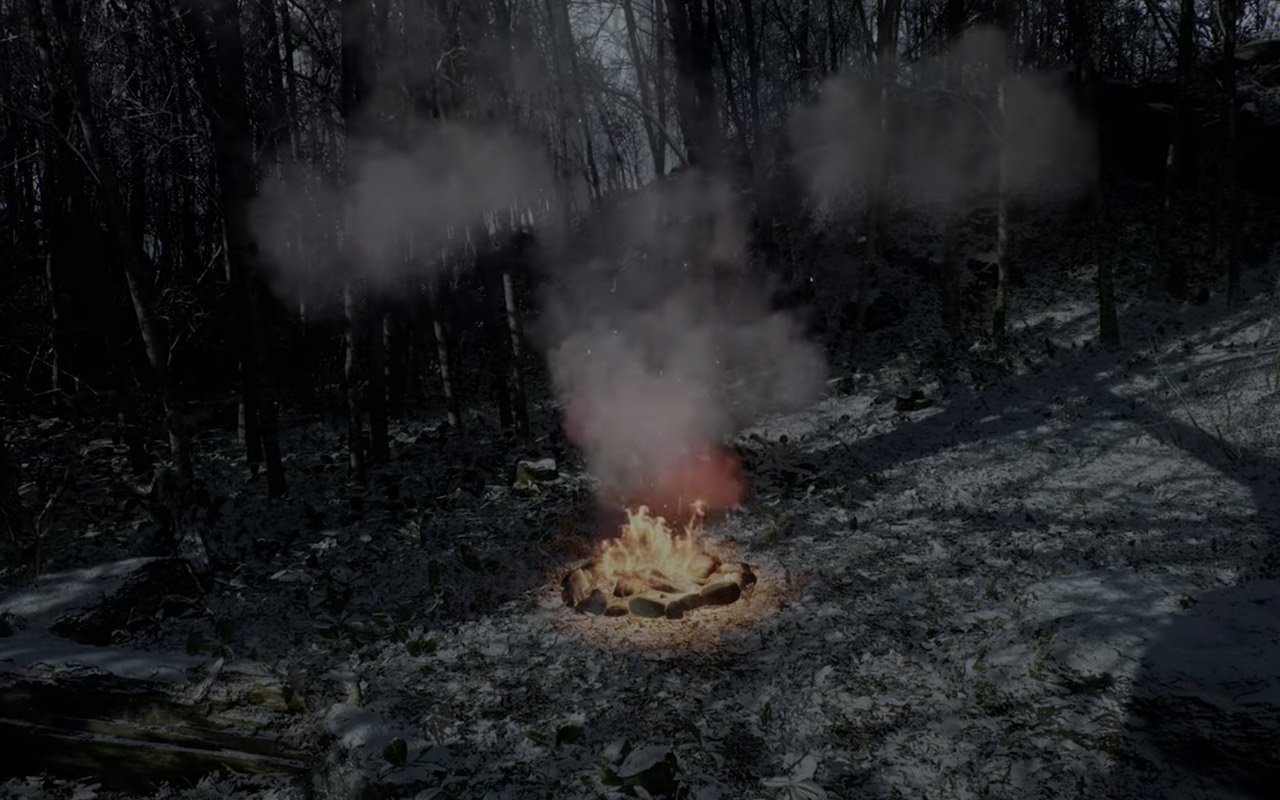 By the time this game is released later this year, the folks at Blue Box Game Studios will quite likely have had enough time to… make the smoke look better, and write what are supposed to be hand-painted signs… by hand.

The trailer DOES suggest that this is all a work in progress and does not represent final quality, after all. It’s also suggested in the trailer that the game will be released in the fourth quarter of the year 2021 – cross your fingers!