One of the several games previewed today at the PlayStation 4 event was Knack, here being shown as a cinematic winner of a title whose gameplay is as immersive as its video segments. What we’re seeing here is a game that fully utilizes the processing power of the PlayStation 4 system, bringing massive amounts of graphic pieces together to tell a story that’s not just impressive graphically, but in its ability to blur the lines between storyline and gameplay as well.

This game is just one of many we’re seeing today, with the PlayStation 4 showing off that the system is able to take games and push them into the future with next-level finesse. Shown in the user interface demonstration of the PlayStation 4, Knack has been shown as a fully interactive game that can be seen by users across the web. You’ll be able to stream your game for your friends to see at any time over the web, they being able to take control of your character from their own PS4 if you get in a tough spot. 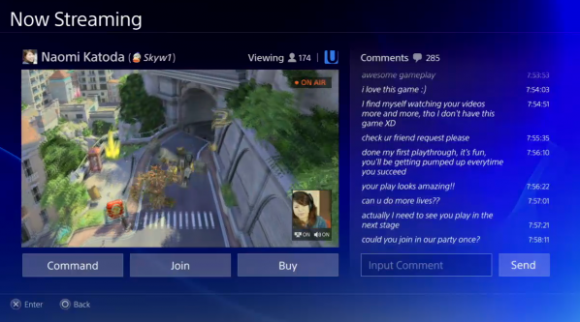 With connectivity over the next-generation PlayStation Network you’ll be able to work with your friends on your Knack game with great ease. This game appears at first to be a one-player game, but opens a window into the future where even one character can become the avatar of multiple users.

All of this is made possible through Sony’s connection with Gaikai – more on that soon! Stay tuned to SlashGear to see more PlayStation 4 throughout the day and the week as this big, giant, massive release allows Sony to bust forth into the future – it’s finally here!